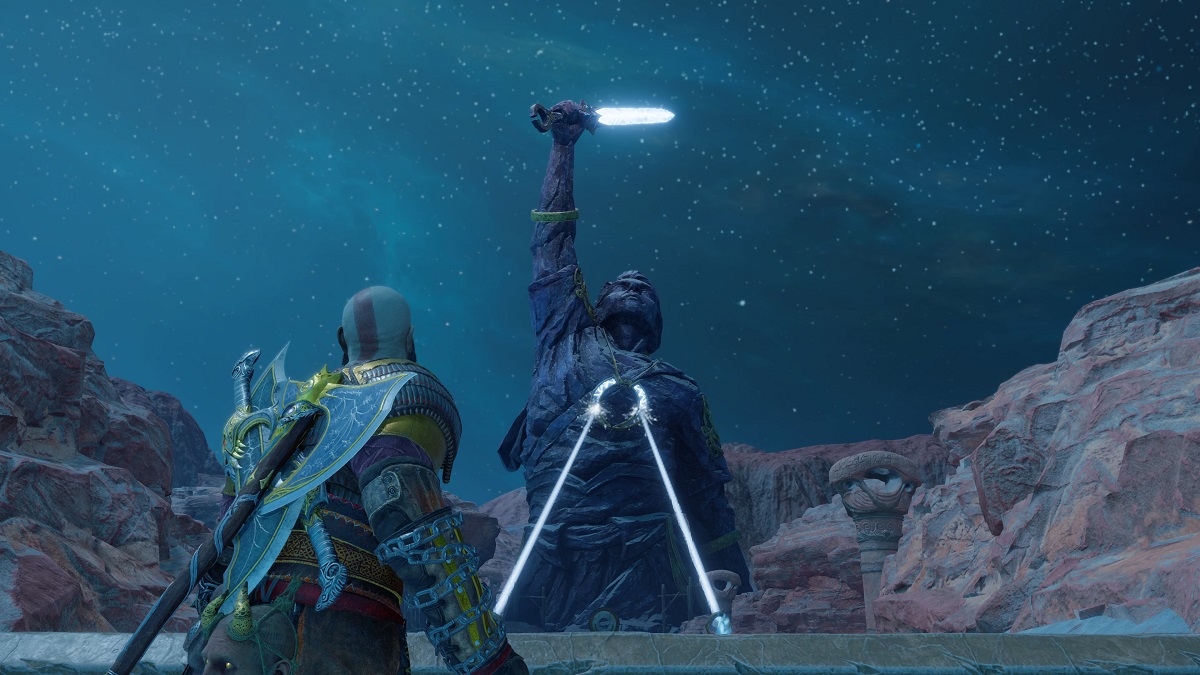 When you reach the realm of Alfheim in God of War Ragnarok, and have some time to explore, you’ll come across a large statue. It features Freya’s brother, Freyr, wielding a sword. However, there’s more to it than meets the eye, and approaching it will start a side quest. If you’re having trouble figuring out the puzzle, here’s how to complete Freyr’s Gift in God of War Ragnarok.

To get the bigger bridge up and running, remove the third light crystal and plug it into the slot you unplugged the second light crystal from. Don’t forget the rewards in both materials and lore!

And that’s how you complete the side quest Freyr’s Gift in God of War Ragnarok. You’ll find several circular sand formations all through Alfheim, which, when approached, have materials you can pick up. For more guides and questions, find out what the best video settings are for God of War Ragnarok. If lore is what you’re after, learn why the animals have white eyes in Ironwood.