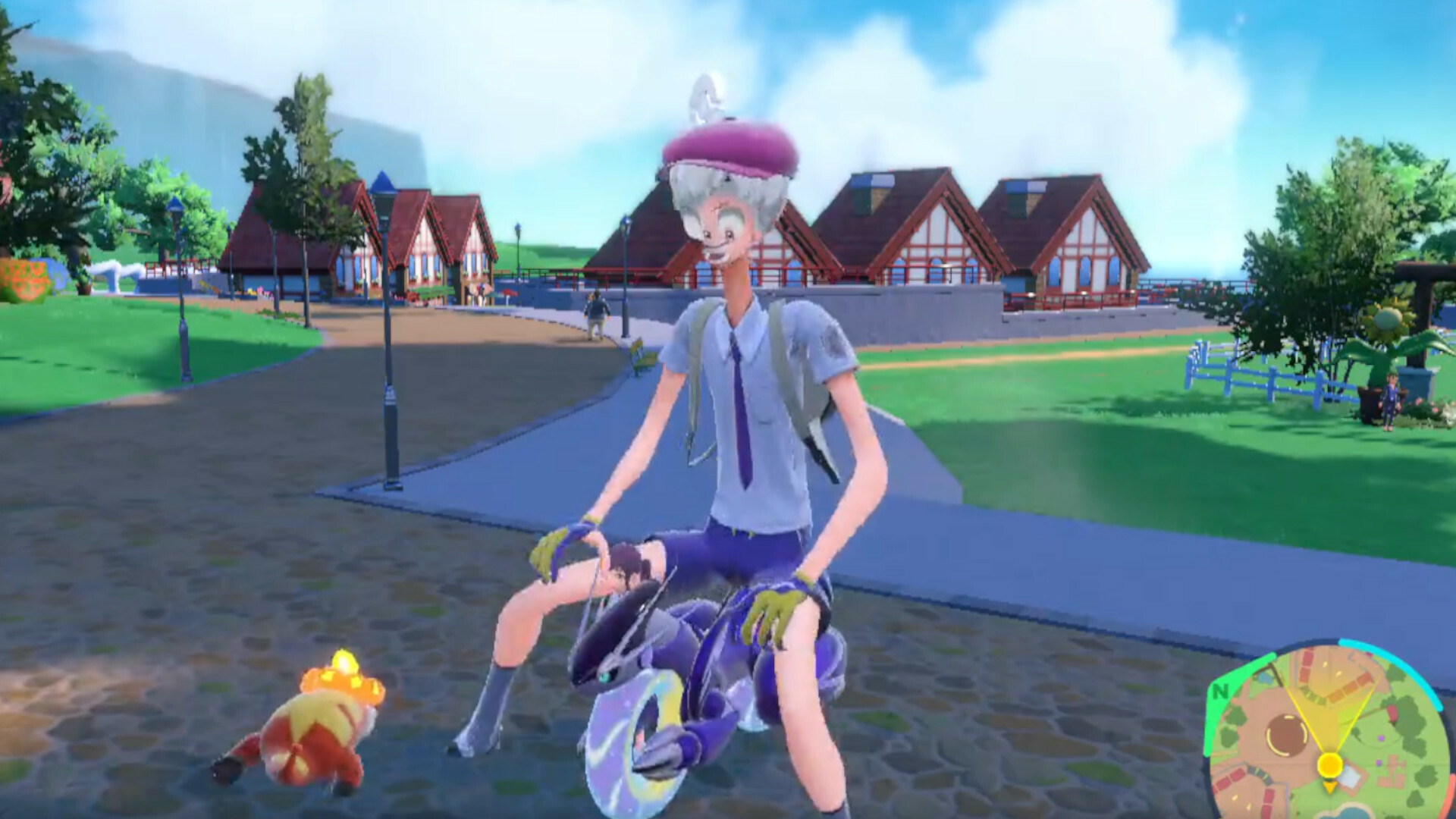 It should really say something that Pokemon Scarlet and Violet are getting close to, if not as much, press coverage for their glitches and flaws as their strengths.

While the new installments take concepts introduced in Pokemon Legends: Arceus and try to bring them to mainline entries in some interesting ways, these steps forward are closely followed by major flaws. Every novel new concept, like open-world elements and traversal mechanics, is blotted out by technical issues galore. Impressive Pokemon designs and animations are marred by framerates that plummet to single digits and bizarre moments of character models being ripped and pulled in a variety of directions.

And those are just examples of the game-breaking itself. Players have also found ways to break the game through exploits created by the titles’ faulty design, doing everything from duplicating Pokemon into infinity to making their characters speed across the game world via multiple joy cons’ inputs.

Granted, the game is still playable and enjoyable, but these issues speak to a much larger problem; one that has been looming over the series for years and one that fans have been loathed to admit needs to be addressed due to what it would means for the series.

As for what that problem is, it’s simple: The Pokemon Series’ developer, Game Freak, can’t keep churning out Pokemon titles every couple of years without exception.

While the practice might have been more plausible in the past due to less intense technological requirements, there’s now a higher expectation of quality and the resulting workload put on them. Pokemon games can’t be a simple 2D adventure using the same style of sprites seen for two decades and made for smaller consoles. The company needs to have 3D models and environments, with animations and overall performance fit for entries put on Nintendo’s mainline consoles.

To do this would understandably take more time and resources to accomplish. One wouldn’t be blamed, however, for thinking that if anyone was capable of taking said time to properly polish a product, it would be Game Freak. After all, it’s the company that was instrumental in creating one of the biggest entertainment properties in the world.

And yet, it hasn’t done this for a couple of reasons. The first is that Pokemon is and remains the company’s major money maker.

While Game Freak could attempt to take more time to create their games, doing so runs the risk of costing them a substantial amount of profit. as such, they’ve likely avoided taking more time to make their games in order to improve their bottom line and make sure they keep raking in revenue from their biggest IP.

The other reason, however, is a bit more substantial, and it’s not that the developers working at Game Freak don’t care about making a high-quality game. Instead, it’s that the Pokemon series’ success has now trapped them in a vicious cycle. Because it’s the most lucrative entertainment property in the world, new games NEED to be released every couple of years.

As a result, the developers at Game Freak now have a much more ironclad need to ceaselessly churn out titles. They’ve had to cut corners and make do with the assets and design knowledge they’re able to create in an amount of time that is paltry in the scope of game development without taking the time to refine their work or fiddle with their games’ designs so that issues can be ironed out.

This is in addition to working with the hardware that is the Nintendo Switch. While impressive games can certainly be made for the console, it requires working around far more limitations than one would find making PC games or games for stronger consoles like the PlayStation 5 or Xbox Series X|S. As a result, all of the most, any game for the Switch requires much more than two years worth of work to create unless a less impressive product is the desired result.

The end result of this has been the series starting to come apart at the seams due to lagging quality. Ever since the series’ jump to 3D, Pokemon titles have had technical issues, rough graphics or noticeable flaws holding the titles back, which have only gotten worse with time. There were dropping framerates, rough design elements, and other problems in Pokemon X and Y, which have only got worse as the series moved to Pokemon Sun and Moon, Pokemon Sword and Shield, and now Pokemon Scarlet and Violet.

While this was understandable at first, it’s now becoming more and more egregious. The series is no longer “adjusting” to a 3D style and design after having released titles in this style for nine years. People aren’t as willing to overlook the struggles Game Freak encounters in trying to make impressive games for the Switch, despite its limitations, because the company has already made mainline titles for it.

The fact that entries in the series still have the same issues year over year is only becoming more noticeable, and fans will only become less forgiving about them with future entries.

And so, with the series now on the precipice of a continued downward decline, I come with a desperate plea to The Pokemon Company, Nintendo, and whoever else might not realize it yet. I ask them not as a critic looking to dunk on a buggy game but as a lifelong fan of Pokemon: Please, for the love of Arceus, give Game Freak more time to make Pokemon games the best they can be.

This series is undeniably an entertainment property juggernaut, and it’s understandable that the people in charge of it would want to make sure the sun never sets on its success. As things are going now though, there’s little doubt that it’ll drive itself into the ground unless the games are given the chance to be polished into the true marvels they could be.

So please, before it’s too late, take action. Give Game Freak an actual development time frame that will allow them to create something incredible. The developers at the company could be putting out much higher-quality games if they only had the time to do so. Even an extra year could mean the difference between another pair of titles like Pokemon Scarlet and Violet and something leagues ahead of them.

And to Game Freak, please: Fight for the time your developers need to put out a product they’re proud of. The aspects that people have been praising in spite of recent entries’ flaws – like the move to an open-world design and more active battle mechanics – could be fully realized and catapult the series to a new level of engagement and immersion.

And to both, don’t worry about people losing interest in the series. If early sales data is anything to go by, Pokemon fans still turned out in droves to buy and play Pokemon Scarlet and Violet, even with the widespread knowledge of how unpolished the games were. There’s little doubt about how interested they’d be in a game with universal praise for its quality and for how it finally does the series justice.

So please, put out something that is worth the hype. The Pokemon franchise should be putting out games that live up to their popularity and success, not titles that achieve the bare minimum of keeping the series afloat.