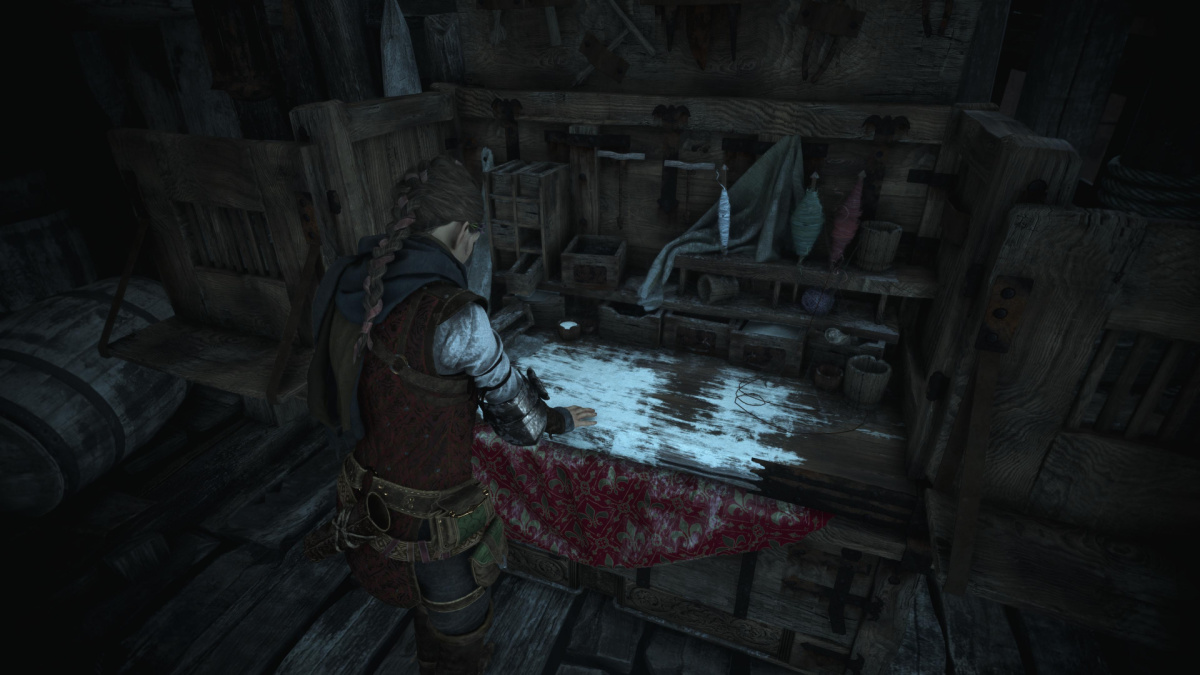 Of the many collectibles present for you to find in A Plague Tale Requiem, the Secret Chests are some of the hardest to find. Not only are they locked up so tight that you can only get them open with knives, but they’re also hidden in areas well off the beaten path, forcing you to explore each and every level thoroughly. Or at least, it would if we weren’t here to speed up the process with a guide on where to find every Secret Chest in A Plague Tale Requiem.

How to Find Every Secret Chest in A Plague Tale Requiem

There are a total of 10 Secret Chests to track down in A Plague Tale Requiem, and aside from one exception, each Chapter they appear in typically has one for you to find. They’ll all appear the same too, having some red cloth dangling over their lower cabinet with a lock holding them shut at their center.

As such, we’ll be listing where the chest or chests for each chapter can be found as they appear. We’ll be skipping Chapters entirely if none appear in them too, so don’t be alarmed about missing a Chest if it doesn’t appear on this list.

Likewise, it’s worth noting that these collectibles can be a bit more temperamental than others in the game; namely, in how you’ll need to actually open all of them for the game to recognize that you’ve found them all. This can only be done by sacrificing a Knife per chest to break it open, so you’ll need to stockpile your Knives and never use them in combat or recycle them.

Where to Find the Secret Chest in Chapter 3

The first Secret Chest you can find in A Plague Tale Requiem is nearly impossible to miss, as the game will try to make a point of showing it to you so that it can teach you how they work.

After retrieving Amicia’s weapons, look directly behind you to find the Secret Chest positioned against the opposite wall. Interact with it, and after breaking the Knife you pick up along with your equipment, you’ll successfully open it and the game will mark it down as found.

Next up is the Secret Chest found in Chapter 4. This one isn’t too hard to miss, but make sure you’re paying attention as you reach the segment where the rats appear en masse.

After lighting the giant puddle of tar following the wave of rats that sweeps the guards away, go around the edge of the tar and light the pyre cart. Push the cart up and to the left toward the ladder masked in darkness, and then stop the cart next to the ladder so that it’s illuminated. Go up the ladder, and the secret chest will be in front of you.

Where to Find the Secret Chest in Chapter 5

The next Secret Chest in A Plague Tale Requiem can be found right after Amicia is separated from both her family and Lucas.

After Amicia uses her sling to destroy the chain holding up the weight above the pontoon, head outside and go around to the back of the destroyed building from the left. In back, you’ll find a narrow passage she can squeeze through. Do so, and then make your way up the ladder to the left. The chest will be just to your left from there.

Next up is one of the trickier Secret Chests to find in A Plague Tale Requiem, so keep your eyes peeled after reaching the midway point of the Chapter.

After entering the building that follows the open area segment of the Quarry, head forward toward the two large pots placed right next to each other. From these, go right and crouch down to enter a hole in the wall hidden by some hanging cloth. This will lead to a new room.

Once inside this new room, turn left and head toward the door. To the right of the door is this chapter’s Secret Chest.

Where to Find the Secret Chest in Chapter 7

This Secret Chest is another easy one to miss if you get too focused on progressing through the level.

Right before reaching Sophia for the first time, there’s a section where you’ll need to evade both hoards of rats and guards with torches who are hunting smugglers. Near the very end of this segment, you’ll drop down from a ledge, after which you can either squeeze through a narrow passageway or duck down under the wreckage of a broken ship to your right.

Duck down under the wreckage, and then look to your right. At the end of the wreckage will be this chapter’s secret chest.

Next up is the abnormal Chapter we mentioned in the beginning of the guide. There are two Secret Chests to track down in this section: One in the more open area you’re let loose in, and one hidden along the more linear path later on.

The first Secret Treasure is located in the same tower where the Nice Screeching Souvenir can be found.

To reach the tower, start at the castle manor where Amicia and Hugo begin their day and then make your way toward the upper left section of the open area. It’ll be the square tower with a cylindrical column on its side, with the beekeepers to the left side of it.

Once there, go around the side of the tower until you come to a window looking into the first level. You’ll see a chain link holding a door shut that Amicia can shoot with her Sling. Shoot the link, and then make your way into the tower through the door that opened.

Once inside, make your way up to the third level by climbing up the ladders available. Once there, the Secret Chest will be right in front of you.

The second chest is found along the mountain trail leading to the ceremony held by the Count and his wife.

After saving Tramontane from the locked building, continue up the path and climb up the first ledge you come to. Continue on the path, but keep an eye out to your left for another ledge you can climb up. It’ll be bright white, and will have a green branch to the right side of it.

Climb up the ledge, and then make your way forward. The Secret Chest will be just ahead of you and slightly to your left.

Where to Find the Secret Chest in Chapter 10

The Secret Chest in Chapter 11 of A Plague Tale Requiem is found a bit further into the level than most, so don’t panic about not seeing one before the latter third of the segment.

After rats flood into the courtyard, you’ll be trapped on top of a cage until Sophia reunites with you and helps you get down using her light prism stone. Directly across from you will be a building, and on the upper floor is this chapter’s secret chest.

To reach it, light the fires leading to it and then use Sophia’s ability to create a field of light around you. Once you’re just outside of the building with the Chest in it, aim Sophia’s light prism stone at the fire directly in front of it and maintain your view of it to keep the beam intact. Walk backwards through the doorway, and then go into the light of a torch sconce near the entrance.

This should bring you just far enough to be outside of the rats’ range. From there, simply head up to the second level and claim the contents of the chest.

Chapter 11’s Secret Chest is found while Amicia is separated from Hugo and Sophia, and needs to break the chain links that are preventing her from reaching them.

After Amicia destroys the second chain link holding back sections of the giant mechanical bridge, look to your left. You’ll be able to see a Secret Chest, but it won’t be reachable due to the wall made out of Rat nest material.

Where to Find the Secret Chest in Chapter 13

The last Secret Chest can be found in Chapter 13 of A Plague Tale Requiem. It’ll be in the section right after you evade or kill the enemies in the ruined town, in a room just across from the Greylag Goose Feather collectible.

To reach it, make your way to the segment where you need to push a cart toward a high ledge to advance. Instead of going to the ledge that the game points you toward though, push the cart toward another ledge nearby, just to the side of the entryway you came into the area through.

Once the cart is in place, use it to scale the wall and then look for a doorway to the side of you. Open it up, and then look to your right to find the Secret Chest.

As for what you get for finding every Secret Chest in A Plague Tale Requiem, it’s pretty worthwhile.

In addition to earning the Explorer Trophy and Achievement after you find them all, each one contains a treasure trove of useful materials. These can range from upgrade tools and crafting pieces to Crossbow Bolts and Pyrite. These can end up giving you a major advantage against upcoming segments, and could make the game significantly easier compared to trying to play without them.