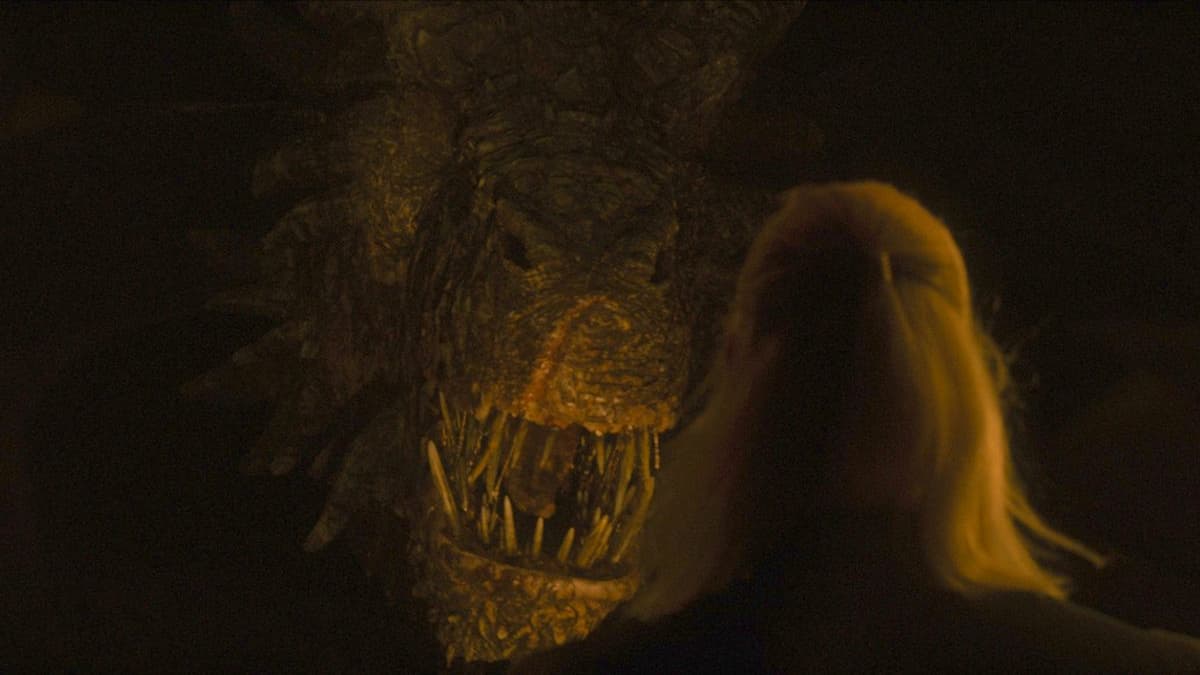 Out of all the things Daemon Targaryen was expected to do in the House of the Dragon finale, singing was not at the top of the list, yet it happened. He sings a song to Vermithor in Old Valyrian to add a dragon to the black’s army. Here’s everything you need to know about what the Daemon’s Old Valyrian song to Vermithor means.

What Dragon Was Daemon Singing To?

Daemon sings to the late King Jahaerys’s dragon Vermithor; unfortunately, the English translation of Prince Daemon’s song hasn’t been released. The song seems to function like a password showing Vermithor who he can eat and who he can trust, though it was still a risk for Daemon to use it. The Bronze Fury remembers the song, so now it’s time to find him a rider and live up to his destructive reputation.

Hugh Hammer is the eventual rider of this large dragon: a few lords are burned to a crisp after they try to claim the Bronze Fury, but Hugh Hammer, a Targaryen bastard, is the one who eventually is able to tame and ride Vermithor. The duo are a force of nature on the battlefield and help lay waste to a fleet in the Battle in the Gullet, and he also aids in the capture of King’s Landing before flying to battle elsewhere in Westeros.

That’s everything we have on Daemon’s Old Valyrian song to Vermithor. Check out some of our other House of the Dragon content, like what Viserys kept from Daemon, who Cregan Stark is, and the biggest dragon in the show.