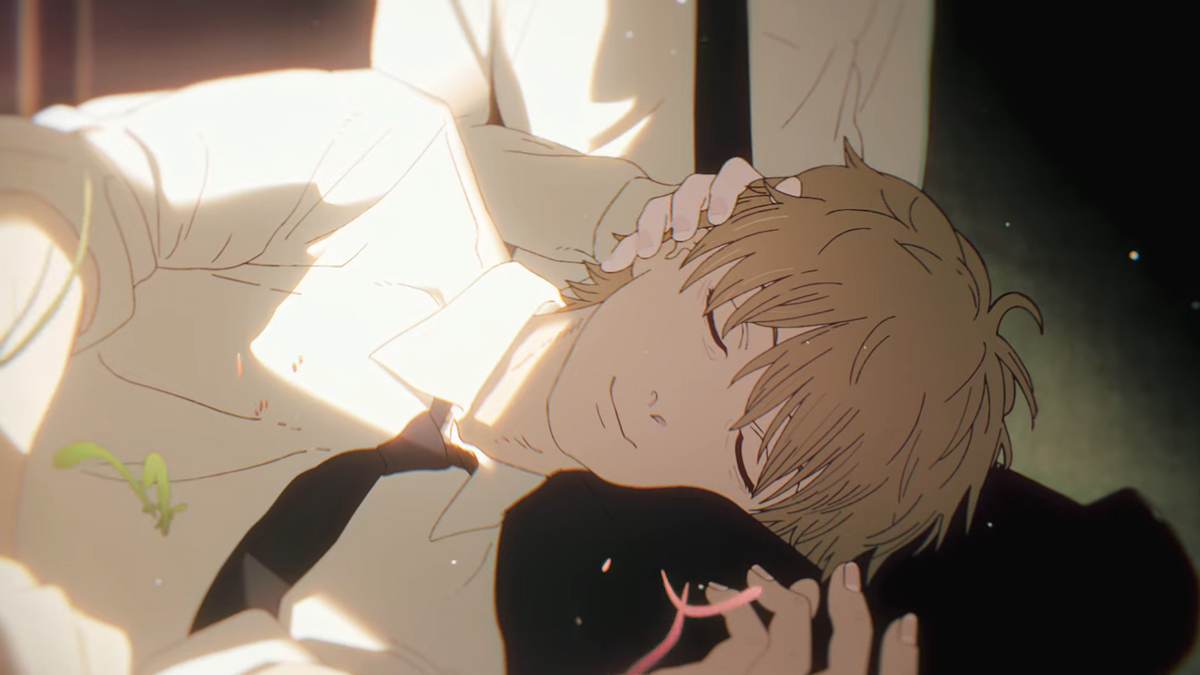 Between the music and the visuals, the opening of the Chainsaw Man anime is almost perfect. Though, if you have any knowledge of the manga, you might notice ahead of time that the contrast between the opening and the actual show is pretty jarring.

However, that’s most certainly the idea behind it. If you don’t know anything about the series going into the anime, don’t base any of your expectations on the opening. Truly, while there are fun and silly moments in the series, more often than not things aren’t all that upbeat. You can see for yourself, as the first episode of Chainsaw Man is now available through Crunchyroll.

The song used for the opening is Kick Back by Kenshi Yonezu. You might be familiar with his work with the second season of My Hero Academia opening that used his song Peace Sign. Both are great songs, but Kick Back fits so well with the tone of Chainsaw Man even if the opening visuals don’t exactly.

There are two ways to watch the opening for anyone interested. We’ll embed the YouTube video version below.

The opening does make us very eager to watch the scenes of Denji and Power being hilarious together if nothing else.

Fans of the manga will be happy to know that a Chainsaw Man spin-off light novel was recently announced for release in the Summer of 2023. All we really know about it is that it is titled Chainsaw Man: Buddy Stories.