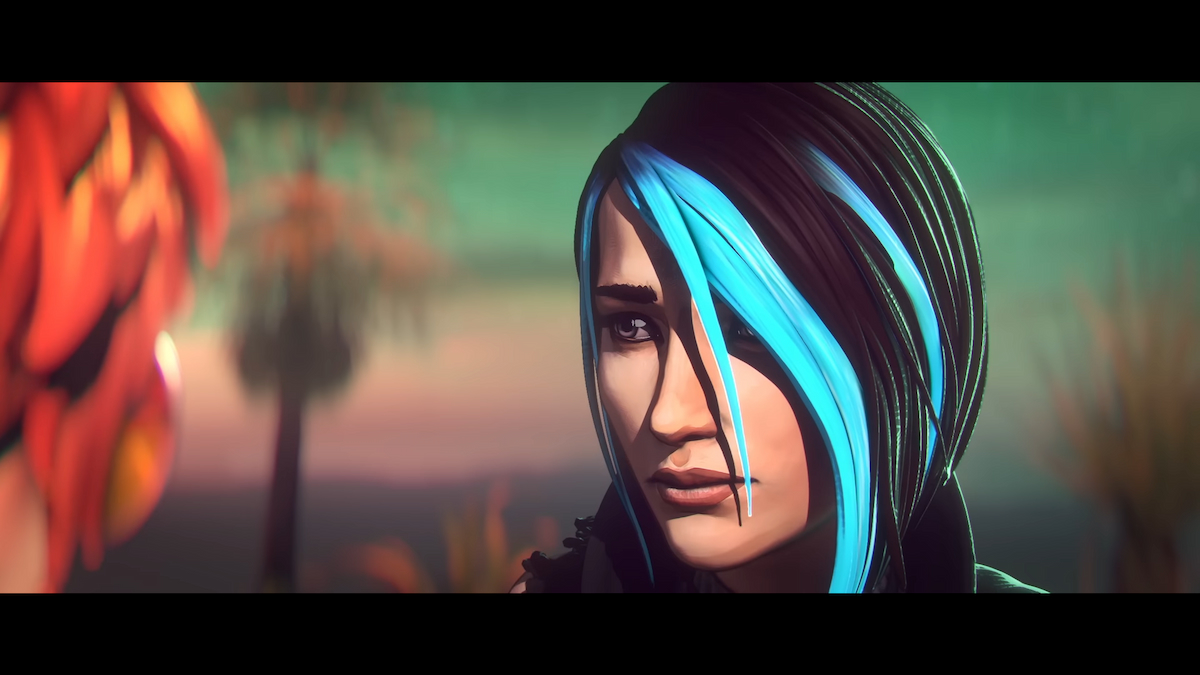 With season 15 of Apex Legends right around the corner, Respawn has dropped a new Stories from the Outlands video to show off some backstory for the next new Legend, Catalyst. As with all of these, the video is purely cinematic and doesn’t give any hint of gameplay or Legend abilities. The video does reveal the new season will be called Eclipse.

One of the biggest reveals about Catalyst is that she will be the first trans legend to enter the Apex Games. This Stroes from the Outlands also gives us a slight look at the new map that will be coming to season 15.

You can watch the Stories from the Outlands video below and enjoy the first look at Catalyst.

A press release summarizes the story seen in Stories of the Outlands as:

As a teenager on Boreas, Catalyst and her coven of friends vowed to protect Cleo, the moon of Boreas, but what happened next left her wanting answers that the crystals did not have.

In the trailer, Catalyst mentions that she felt she had to “protect her true home” which might give a huge direct hint about the new map.

The end of the video promises that the season 15 launch trailer will be arriving later this week on Oct. 20. This is when we will be seeing Catalyst in action.

The last Stories from the Outlands is when when we got a first look at Vantage, who joined in season 14 “Hunted”.