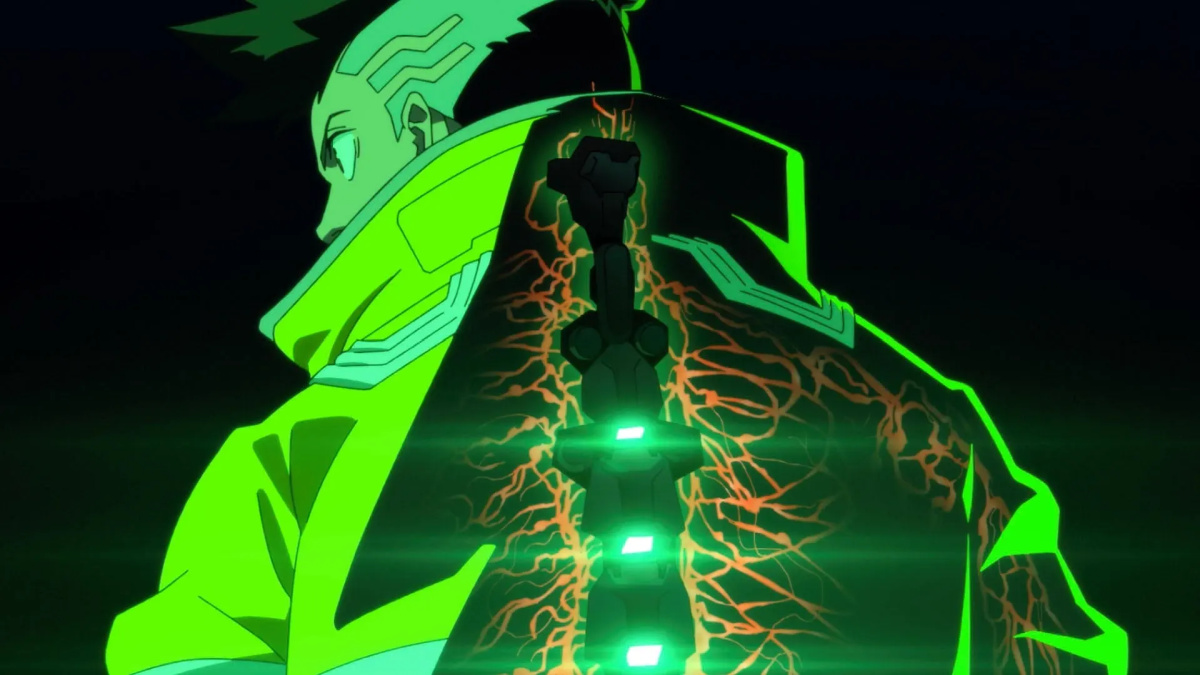 It would be an understatement to say that there’s a ton of terminology you need to know of beforehand when watching the Cyberpunk Edgerunners anime. Every other minute, the show casually drops the names of different tech, slang for factions or people, and even a few entirely new verbal tics meant to add dimension to characters. In particular, though, you might have one particular question: What is a Sandevistan in Cyberpunk Edgerunners, and what exactly does it do?

What is David’s Sandevistan in Cyberpunk Edgerunners? Answered

Put plainly, the Sandevistan in Cyberpunk Edgerunners is a cybernetic modification that allows a person to move at super-high speeds. This makes it seem like time has slowed down for the user while also allowing them to move at what they perceive to be a normal speed.

This is done via highly experimental and dangerous tech, which is attached directly to the spinal cord so that it can interface with the many nerves that link to the different parts of the body. In turn, it can supercharge them and allow whoever it’s attached to the brief window of super speed.

However, it does come at a cost. Doing so puts an immense strain on the body of anyone who isn’t decked out with the cybernetics to handle it, hence the high strain it puts on David when he uses it early on in the series. Even then, it ranks among the cybernetics with a high chance of causing Cyber Psychosis, as it has a heavier effect on the user’s body and mind.

Are Sandevistans Rare in the Cyberpunk Universe?

As for whether or not they’re as rare as Cyberpunk Edgerunners makes them out to be, the answer is mostly yes.

Even in Cyberpunk 2077, Sandevistans are a piece of tech that is usually reserved for less common enemies or those that have access to higher class cybernetics. This means they aren’t something one would encounter regularly, and that they’d be a sign of someone who is either well-connected or is tied to one of the bigger Corporations in some manner.

However, this also means that they’re not the rarest tech among those in Arasaka’s higher echelons. This is why Adam Smasher belittles David for relying on a Sandevistan and counters it with his own, utilizing it to great effect thanks to his mainly cybernetic body.

Hopefully this cleared up what a Sedevistan is in Cyberpunk Edgerunners. For more on the wider Cyberpunk universe, check out the related articles down below. We’ve also got plenty of other explainers for the anime, including a breakdown of which Cyberpunk 2077 characters make a cameo and an examination of whether or not the show will get a Season 2.