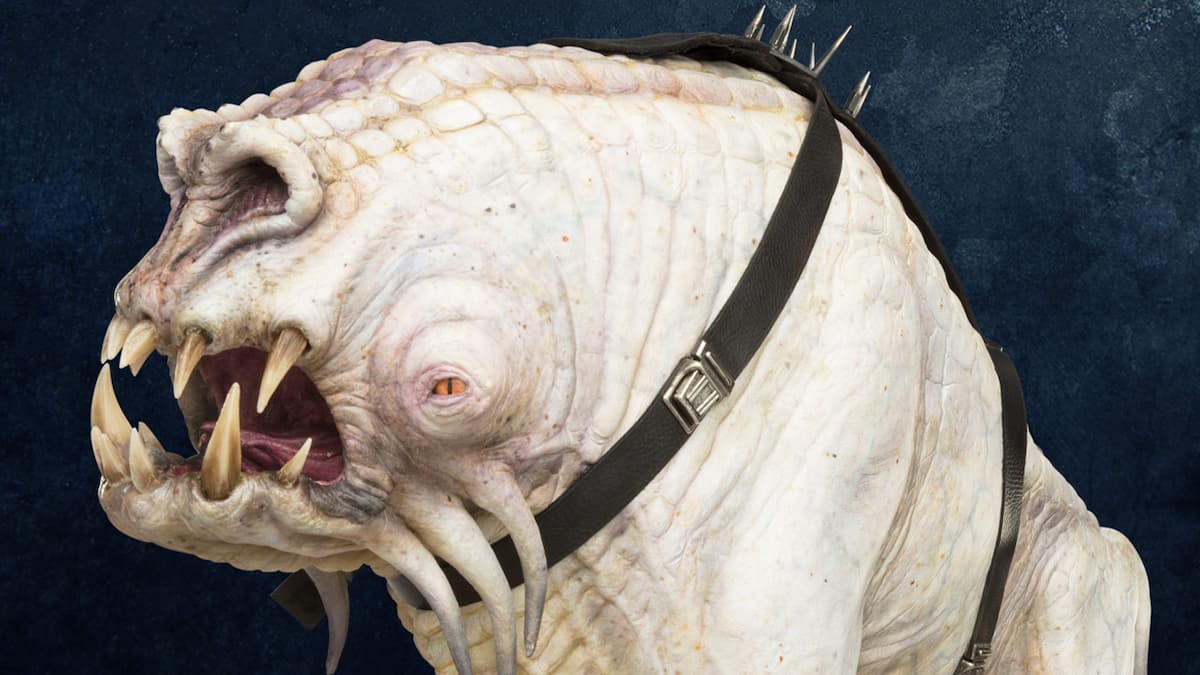 Star Wars has some of the most unique animals of any science fiction universe. Some of them function as pets, like monkey lizards, while others are extremely dangerous—Rancors immediately come to mind. It’s no surprise that Disney’s new Andor show has a few Star Wars animals in it. Andor features a few dog pig animals in the first and second episodes. You’re probably wondering what kind of animals they are, and if they’ve appeared in Star Wars before. Here’s everything you need to know about the pig dog hound creatures in Star Wars Andor.

What Are the Dog Pig Creatures in Star Wars Andor? Answered

The dog pigs are Corellian hounds, which have a variety of uses. They have a keen sense of smell, despite looking like they don’t have noses, and they track Han Solo in his spinoff movie.

On Ferrix, a few hounds guard a small shipyard from which Cassian Andor borrows ships. Corellian hounds have sharp teeth that regrow quickly if broken. Their intelligence is low; in the Andor premier, one of them pees on a droid capable of defending itself, and quickly regrets the decision.

The hounds are more on the dangerous end of the spectrum. Luckily, Cassian Andor doesn’t need to fight any hounds. But will they show up to hunt him down later in the series? Time will tell, the Corporate Sector surely won’t let him go that easily.

That’s all we have for what are the dog pig creatures in Star Wars Andor. Check out some of our other Andor guides like why are there no stormtroopers and inquisitors, or test your knowledge with this Obi-Wan Kenobi quiz.