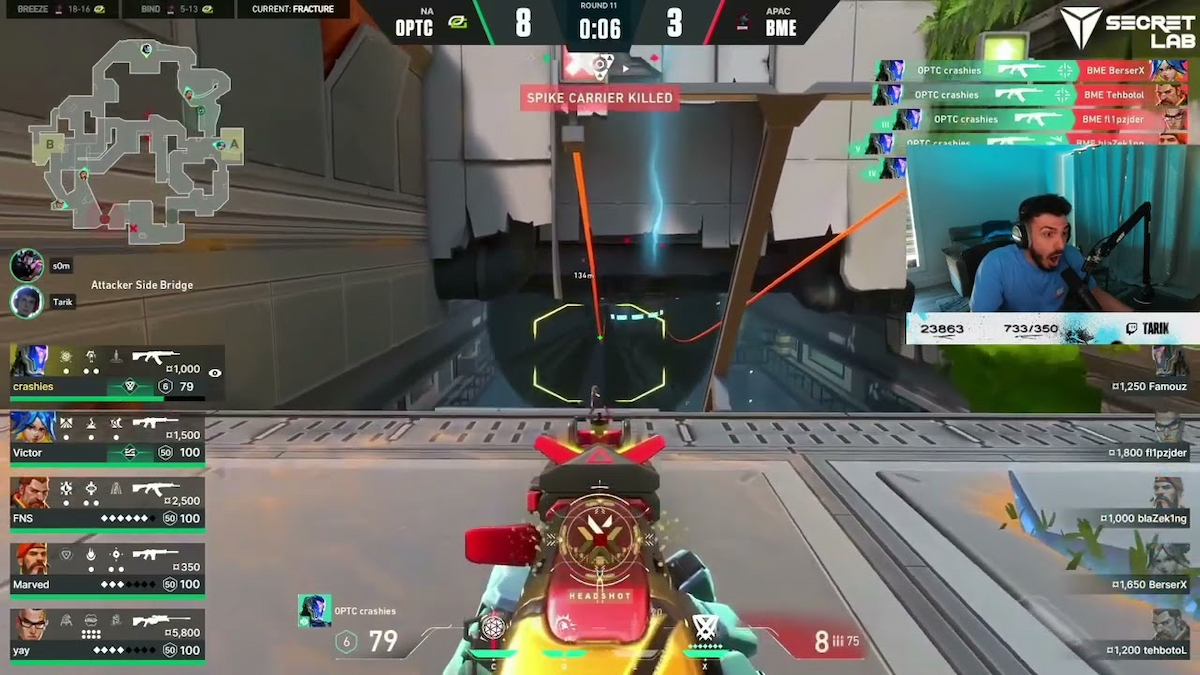 Fracture is changing; the latest Valorant Public Beta Environment (PBE) server went live last weekend and revealed a substantial overhaul to several areas of the map that are expected to prove highly impactful to the balance of play. There’s a new rafters area to Rope on A, an entirely new design to Rope and Dish, and wider choke points around Arcade to name a few.

Also, and very clearly of equal importance, there’s also some new lore to be found scattered across the map; namely, an email that references one of the most incredible moments from Valorant’s major esports final, Champions, which took place on Fracture.

It was, of course, when, during a group stage game between OpTic and Boom on Fracture, Austin “crashies” Roberts aced the entire enemy team as they dangled helplessly trying to cross the zipline mid-round.

The moment is now immortalized in a new Fracture email that reminds staff of the facility that following a “recent tragedy resulting in the fatality of 5 of our Everett-Linde personnel,” crossing the zipline is supposed to be “for single riders only.” Very wise advice, indeed!

If you haven’t yet seen the upcoming Fracture changes, which are still subject to change given they’re only available on the PBE server, then you can check out the walkthrough below from floxay:

Unfortunately for OpTic, the team won’t feature in next year’s Valorant Champions Tour as the esports organization did not make franchising. To read and understand more about the franchising process and what it means for the game’s professional scene moving forward, check out our handy overview feature here.