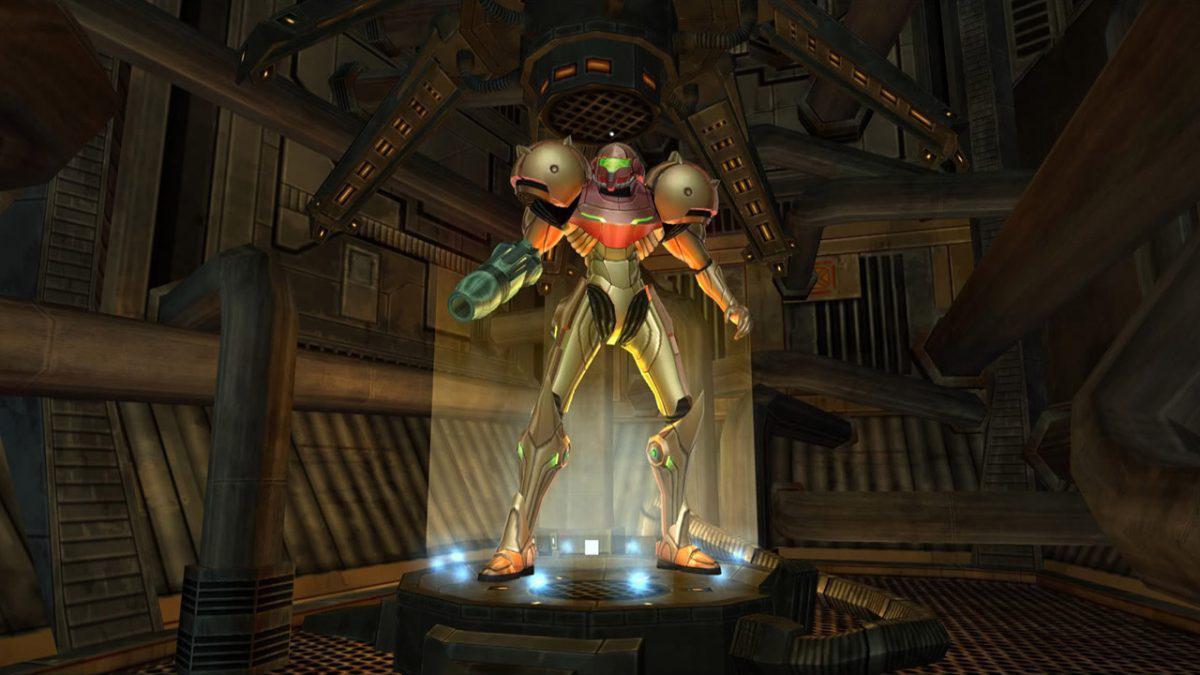 One of the highest-selling video game systems of all time, the Nintendo Wii revolutionized motion-controlled gaming for a mainstream audience. It was also home to some generation-defining titles that still stand tall among the greatest in Nintendo’s storied history.

Between all of these comes titles that are still massively hard to find. If you’re a stickler for an authentic experience and want the original versions of some of these games, you’re gonna have to shell out quite a bit of money to get them. Here are ten of the rarest and most valuable Wii games that’ll cost you a pretty penny to get.

Late-in-the-lifespan Wii release? Check. Limited amount of copies produced? Check. Store exclusivity? Double check. The original Wii release of Xenoblade Chronicles will have you paying a lot of money if you prefer that over every other version.

Seeing a belated release in America after a massive fan campaign known as Operation Rainfall, Xenoblade Chronicles was initially a GameStop-exclusive release for the Wii. Naturally, this meant that quantities would be limited, especially as the game was released just months before Nintendo would be ready with its next console, the Wii U. GameStop seemingly marking up used copies at a $90 price later on didn’t help.

As a result, finding a copy of the game became the equivalent of finding sunken treasure. It was not uncommon to find a used copy of the game going for as much as $100, while new copies ran for upwards of $165. Nowadays, prices have fallen to a healthier $27 used and a still pricy $64 for a new copy.

To be fair, this drop in price may also have something to do with Xenoblade Chronicles seeing re-releases on the New Nintendo 3DS and the Nintendo Switch. It’s nice that the game can finally be experienced by many, even if you may have to pop a little bit more for the authentic, original release.

One of the many updated re-releases of Guilty Gear X2, Guilty Gear XX Accent Core Plus saw a release on several consoles, yet its Wii version still stands as the most expensive. Where it’s PlayStation 3 and Xbox 360 brethren can be found for as little as $14 used and $35 new, the Wii version bumps the used price up to $27, while the new price lands at around $134.

So what’s with the sudden jump in price? Well, it appears the Wii version just simply wasn’t built as well as its fellow console counterparts; reviewers noted that the game only felt fun with the Classic Controller accessory, as the traditional Wii Remote and Nunchuk style didn’t work nearly as well. This may have been the reason why the next re-release, Guilty Gear XX Accent Core Plus R, skipped the Wii entirely.

As a result, Guilty Gear XX Accent Core Plus remains exceedingly hard to find on the Wii in comparison to its fellow seventh-generation versions. Unless you’re an ardent collector, it may be best to stick with one of those versions of the game, especially as Nintendo fans can now get it on the Switch.

Though developed with the intention of releasing early in the Wii’s lifespan to help boost hardware and software sales, it didn’t have the legs to bring the franchise into the mainstream (that wouldn’t happen for another six years), and copies of the game became a very hot commodity. Used copies still land around $88, while new copies will put you down $164.

Not long after Radiant Dawn’s release, Fire Emblem may have been staring down cancellation. When 2013’s Fire Emblem: Awakening was in production, developer Intelligent Systems was told that if the game didn’t sell at least 250,000 copies, the franchise would end. Thankfully, it flew past that mark and Nintendo would go on to consider Fire Emblem a new major IP for the company. Sadly, this means that fans who would like to experience the past entries will have to ready their wallets to do so.

While the Rhythm Tengoku series has had a lot of success in Japan, American audiences have not embraced its localized version, Rhythm Heaven, in quite the same way. Thus, the series doesn’t quite fly off store shelves as much as some of Nintendo’s more noteworthy franchises.

2011’s Rhythm Heaven Fever also had the displeasure of releasing in 2012, the final year of the Wii’s life. As Nintendo was preparing the Wii U, this game landed quietly on store shelves before eventually becoming a rarity: used copies land at $80, while new copies go up to $168.

It’s a shame that the Rhythm Heaven series has gone quiet since 2015, as it’s a creative franchise with very addicting gameplay worth getting into. If you can find Rhythm Heaven Fever for an affordable price (or you’re just lucky enough to be able to call $80 “affordable”), don’t be afraid to pounce on it.

You’d think Nintendo would prepare itself well for a re-release of some of the biggest games to hail from one of its most beloved franchises. Metroid Prime Trilogy was a phenomenal collection of the three excellent titles in the Metroid Prime series, and the addition of Wii controls surprisingly turned this into arguably the definitive way to play the series. Sadly, Nintendo didn’t seem to give it more than a passing glance as far as a solid release goes.

In January 2010, just five months after its release, Nintendo of America announced that it would be discontinuing production of the game, and other regions would follow suit. No explanation was ever given, and it never saw another re-print. Prices would shoot up, and GameStop didn’t help matters by marking up its own used prices to around $85, much like it had done with Xenoblade Chronicles.

Even now, the game is very hard to find, selling for about $89 used and $188 new. It’s unfortunate that Nintendo was unable to treat the Metroid series right with this release, and it would be fantastic to see a newer, more accessible version of this collection. Perhaps it could be a great Switch release to tide gamers over while the seemingly endless wait for Metroid Prime 4 continues.

Yes… a chess game. One of the rarest and most expensive Wii games you can find is… chess. You know, that thing you can probably Google right now and find about fifty different free versions of online.

Published by Deep Silver of all companies, Fritz Chess is exactly what it sounds like: a chess simulator. There are different types of chess games, and you can even re-create historical matches against legendary competitive chess players, but at the end of the day, it’s chess.

Deep Silver created a limited number of copies of the game, as it was specifically designed with competitive chess players in mind. With this limited release came a skyrocketing in prices for an exceedingly rare game; simply finding a used copy will set you back $108, while a new one will drop you $190.

If you have a cash-burning hole in your pocket, this may be worth a pick-up to see if it gives you that competitive edge in chess. Otherwise, you can find a chess game almost anywhere right now, so you might want to stick with that.

Who would’ve thought that one of the Wii’s rarest and most expensive games would be an unassuming board game/RPG hybrid? Dokapon Kingdom was the first game in the Dokapon series to be localized in America (only one other, Dokapon Journey, would be localized), and bringing such a cult series to America so quietly may have been an early sign it would not sell much.

Making matters worse is that the game’s publisher, Atlus, is often known for printing very limited copies of games. Thus, despite the incredible popularity of the Wii – and the party-game feel making this fit snuggly in the Wii’s library – Dokapon Kingdom always seemed bound to fade into the background as a hidden gem on Nintendo’s seventh-generation console.

That rarity caused a massive price hike, as Dokapon Kingdom currently goes for $150 used, and as much as $312 new. It’s pretty sad, as Dokapon Kingdom is a fun and unique little game worth adding to your Wii collection. It’s just a shame that, in order to do so, you’ll probably have to pay the price of a Nintendo Wii for just one copy of the game.

The fun part of these lists is learning about a game you haven’t heard a lick about… and then finding out it’s an adaptation of a pre-existing franchise. Atrévete A Soñar may cause a pause for English-speaking audiences, but it was a short-lived Mexican telenovela centering around teenagers in art school and their rivalries with cliques.

It may sound strange to adapt a video game based on a telenovela that only lasted a year, but the massive popularity of the Wii was the perfect springboard to release a game based on a show with such incredible prominence in Mexico (it ran for a year yet it had 262 episodes!). Despite being a pretty standard musical tie-in, the show’s short lifespan and limited release mean that copies of it are exceedingly rare.

A used copy of the game goes for $215, while gamers hoping for a new copy will have to rip $599 from their wallet to grab it. On the plus side, even though it was only sold in Mexico, it is an NTSC product so it will work on your Wii if you live in the US. So, if you have $599 to spill, want to play a singing video game and karaoke’s just not cool enough for you… here you go!

2. The Legend of Zelda: Twilight Princess (Not for Resale)

“Not for Resale” discs are generally only given to retailers to serve as demo discs at in-store kiosks. Once the demoed game is out for a long enough time, there’s no reason for a store to keep the disc, thus it can often surface on the Internet. Because it’s one of only a few of its kind, that tends to jack the price even higher.

The Legend of Zelda: Twilight Princess, being a launch title for the Wii, understandably hits pretty high in the price range. A “used” copy (aren’t all of them used?) is listed at a $265 price, while a “new” copy (what would be new about it?) runs at $600.

Not only is that a hefty price, but you’re paying that much for a disc that’s not even the full game. Unless you’re an ardent collector, the best idea would be to stick with the Wii U remaster, or hope for that version to hit the Nintendo Switch soon.

Limited Edition versions of games are always fair ground for rarity, as they are more expensive and often produced in even more limited quantities than the regular game would be. Who would’ve thought, then, that a Limited Edition of a Club Penguin game (with black Wii printing as opposed to white) would be so expensive?

Yes, Club Penguin: Game Day Limited Edition is by far one of the most expensive games on the Wii, costing as much as $298 for a used copy, while a new copy will drop you down a whopping $627. All this for a Limited Edition copy of a minigame collection spinoff of a defunct MMO for kids… whose regular version can be found for $4 used and $12 new.

To be fair, it was released for the fifth anniversary of Club Penguin, and it’s rumored that it was only given to Club Penguin staff and never sold publicly. This would mean an even more limited production count than other Limited Editions would have. Still, a $300 minimum for such an edition means this is only recommended to the most ardent Club Penguin fans who support the lost franchise, quality of product be damned.

These are just a few of the rare and valuable Wii games that could cost you a fortune to purchase. What are some other choices you’d add? Let us know in the comments!