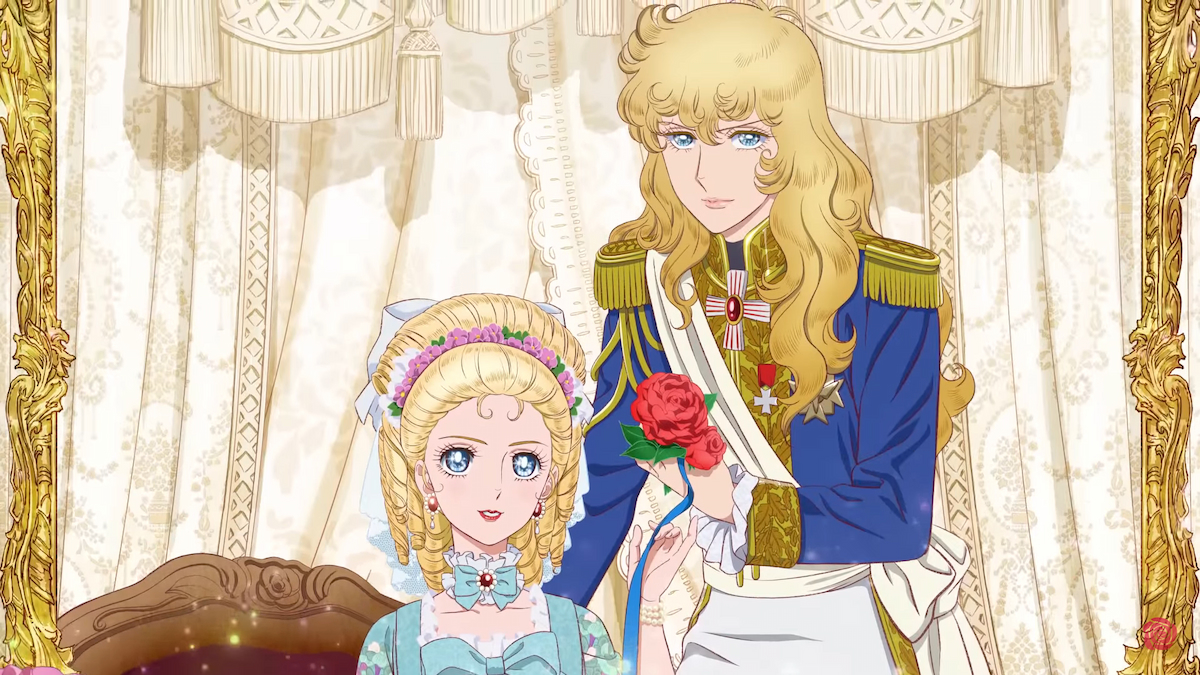 Seeing as this year marks 50 years since landmark manga The Rose of Versailles by Riyoko Ikeda was first published, a new film has been announced.

If you’re up for some amazing nostalgia, a special video was released alongside the announcement of a film that you can see below.

The manga series started in 1972 and ended in 1974 with the 10th volume. However, there has since been a resurgence of the manga with the 11th volume in 2014 and ended once more with a 14th volume released in 2018. This is only in Japan, however, there has yet to be an English release for most of the series.

Massive anime/manga seller Rightstuf describes the manga as the “queen of shojo manga” and summarizes the story as:

Oscar François de Jarjeyes is a young noblewoman raised as a son by her father. As commander of Marie Antoinette’s palace guard, Oscar is brought face-to-face with the luxury of King Louis XVI’s court at Versailles. Joined by her servant André, Oscar is privy to the intrigue and deceit of France’s last great royal regime.

This new film will be the first animation based on The Rose of Versailles since the original series adapted from it ran from Oct. 1979 to Sept. 1980.

There aren’t any official details as far as the story goes or a given release date, but we will keep you in the loop when we know more about this return of the massively important Rose of Versailles.

On the subject of anime films, Crunchyroll recently announced the full slate of anime films that will be hitting their service throughout the month of September. Other massive recent manga news has been the possibility of Bleach returning and Haikyu!! being named strongest sports manga.