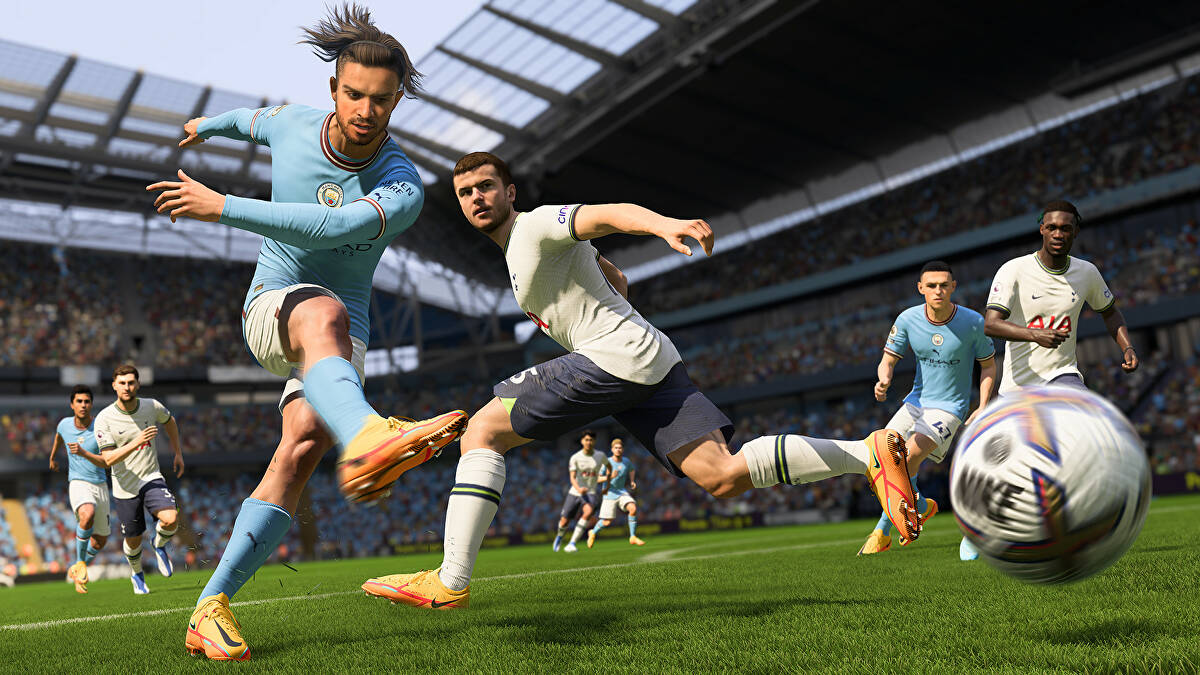 Volleys are one of the most spectacular ways to score a goal, and they often prove devastatingly effective if you have the skill to pull them off. The latest iteration might not have changed things up too much, but it’s still important to give yourself a friendly reminder on how to hit the ball out of the air. In this guide, we’ll be talking you through how to score volleys in FIFA 23.

Volleying is pretty simple in FIFA 23 in regards to the actual button input. To do one, simply press Circle on PS4/ PS5 or B on Xbox One/ Xbox Series X|S when the ball is in the air and near your player.

Of course, the tricky part of volleying is the timing; only a well-timed shot to a player who has enough space to pull one off and can generate the necessary power to beat the keeper is going to actually score.

Our best advice is to feed your striker with a decent cross by pressing Square/ X into or around the edge of the box. As the ball travels through the air, take control of your striker who is about it hit it and press and hold Circle/ B to charge the shot, then use your left analog stick to aim your volley on target. Let go of Circle/ B when you feel as though you have enough power on your volley, then let it rip.

One key thing to keep in mind is that generally speaking, less power is better when it comes to volleys. You don’t want to overcook the shot and have it wildly fly over the crossbar. Instead, put a little less on it than you think is necessary, and that way, even if you don’t score, you’ll at least have a shot on target that tests the keeper. Typically, volleys tend to naturally have more pace and power than standard shots.

For those who are learning about volleys to complete an Ultimate Team challenge, do keep in mind that you’ll need to ensure your volley is a proper volley and not a half volley. By that, we meant you must remember not to let the ball bounce in between the cross and the volley.

That’s everything you need to know to score volleys in FIFA 23. For more useful tips and guides on the game, search Twinfinite or check out related content, including how crossplay works in FIFA 23 and the revised chemistry system in FIFA 23 Ultimate Team.