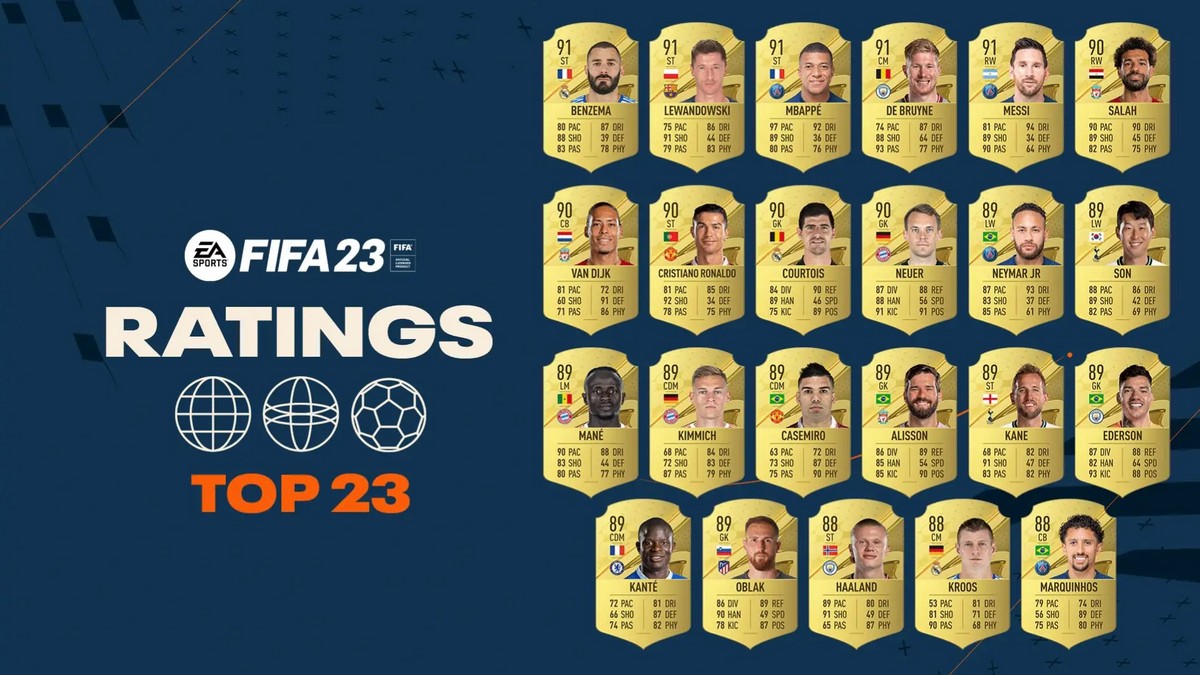 As we approach the tail end of the year, it is time for another FIFA game to hit whichever platform of your choice. And with every new release comes excitement as fans debate endlessly about which player is better and why EA Sports need to make changes, but nevertheless, finding out the top players is always fun. As such, EA has now shared the overall top 23 FIFA Ultimate Team players and their ratings ahead of the September 30 release of FIFA 23.

At first glance, the big news is neither Lionel Messi nor Cristiano Ronaldo are leading the pack on their own for the first time in over a decade in FIFA 23. Instead, the top spot is shared by five different players. The Premier League has 11 out of the 23 top spots, while Paris Saint-Germain can boast the most players on the list, followed by Manchester City, Bayern Munich, and Liverpool at three players each.

With fans already accustomed to these big reveals every year, it remains to be seen if the transition over to EA Sports FC will see similar fanfare. This will be the last FIFA-branded football game coming out from EA after the expiration of their partnership.

Of course, having such big-game players on their own is usually not going to be enough to help you win games; football is a team sport after all. Be sure to catch up on all the major changes being made to FUT or the improvements that are being made to the game systems in FIFA 23 to prepare yourself.