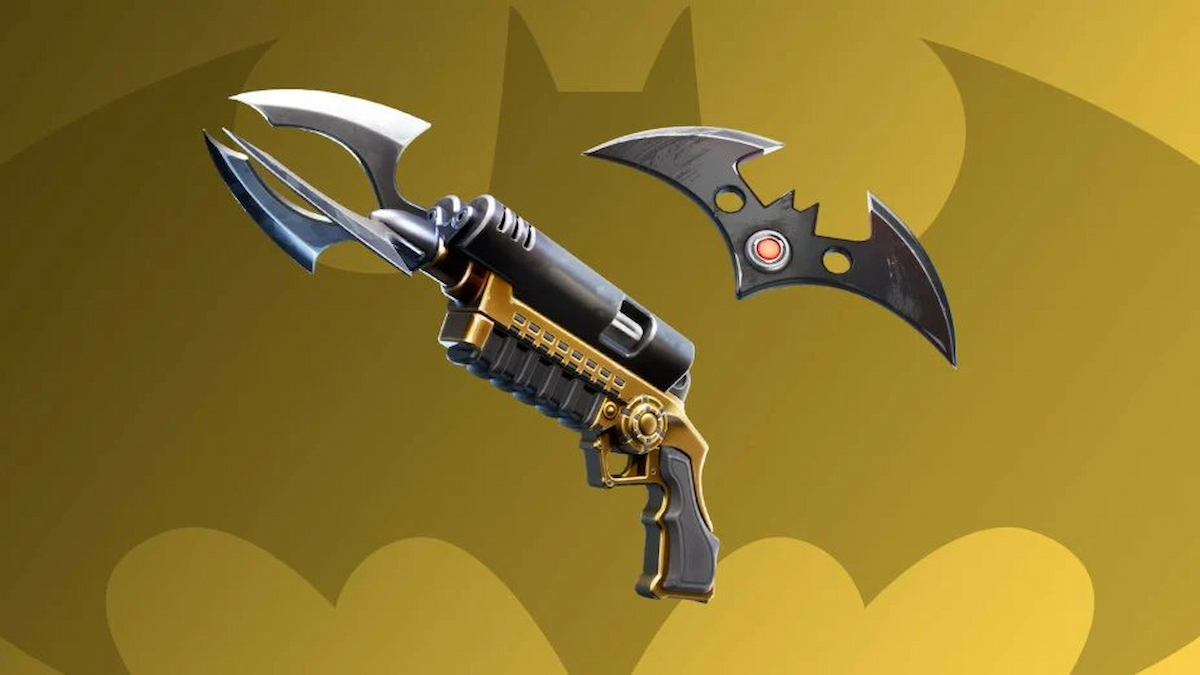 Chapter 3 Season 4 isn’t even live yet but dataminers are going crazy uploading everything the new update added into Fortnite. We’re getting advanced looks at the map, upcoming bundles, and even some possible returning weaponry and items. Several special Mythic weapons and items have been spotted as being added back into the files and raising everyone’s hopes.

While that’s pretty cool, it’s not the coolest thing. Superhero mythic items related to Batman and Wolverine were spotted. On top of that, Luke’s Lightsaber and the Kingsman legendary melee weapon had their files placed back into the game as well.

There’s no telling yet as to what ways we might see them enter the game. It’s just as likely that there will be some sort of mythic-only LTM that these will slot into and that won’t be part of the main battle royale modes.

While you might be thinking that’s plenty, there’s also been word (also from HYPEX) about a new weapon called the Unstable Liquid Gun that will be added into the game later this season. You can see the tweet about that below, and some gameplay of it was shown off in the cinematic trailer.