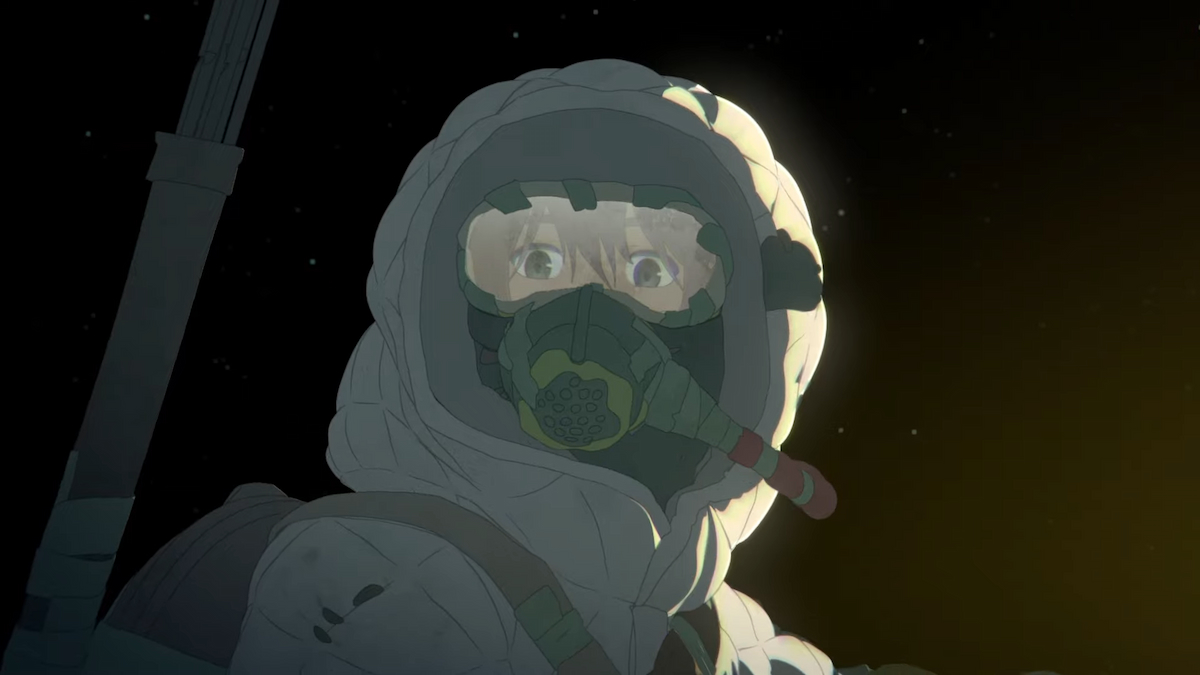 After being announced earlier this year, upcoming anime series Kaina of the Great Snow Sea has gotten a new trailer at the Crunchyroll Expo 2022. This anime is an “original story” from manga artist Tsutomu Nihei (Knights of Sidonia, Aposimz).

The trailer describes the story as taking place in “a world in which the land is disappearing beneath the great snow sea. Atop the celestial membrane, which spreads out from the great trees live small pockets of humanity.”

But one day, a human from below is found driving up to the celestial membrane in what appears to be a hot air balloon, setting forth a grand adventure.

You can see the trailer for yourself below.

The full Kaina of the Great Snow series will premiere sometime in January 2023. With the dub most certainly arriving some time after that. The animation comes from Polygon Pictures, who helped produce the 3DCG in Ghost in the Shell 2: Innocence. It seems safe to say that visually, this anime is in the right hands.

If you’ve been following along with another announcements coming from Crunchyroll Expo 2022, you might recognize that January will be a little packed. Also premiering that month will be the second season of Don’t Toy With Me, Miss Nagatoro.

There has been plenty of other second season announcements for popular anime as well, including Tower of God.