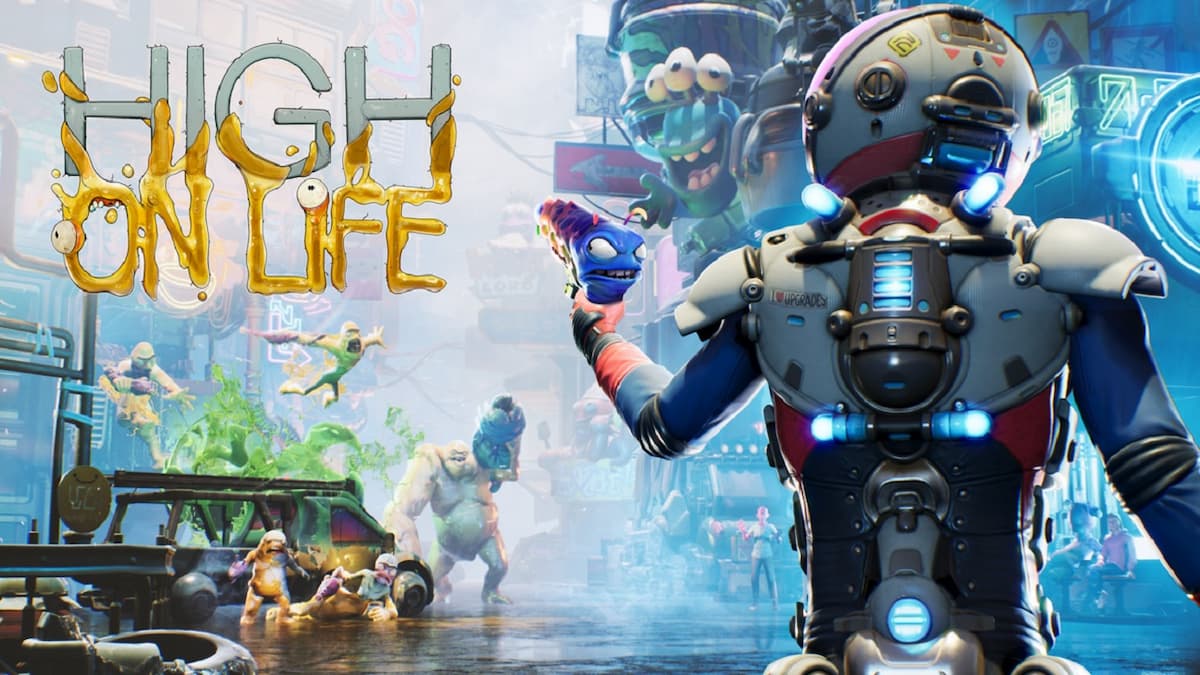 Rick and Morty creator, Justin Roiland, has his hands full between the upcoming sixth season of Rick and Morty along with his first video game, High on Life. A new trailer has debuted at Gamescom Opening Night Live that shows off a bit of gameplay with a boss fight segment and some profanity laced dialogue.

Go ahead and check out the trailer below.

Set in a future where humanity has been taken over by alien cartels, players assume the role of a bounty hunter who sets out on an adventure to free humanity. Using unique talking alien weapons called “Gatlians”, players will travel across diverse locales and take on various alien species with the newest trailer focusing on a boss battle with 9-Torg.

The bounty hunter’s unique weaponry talks throughout combat and the dialogue is what you’d expect from the creator of Rick and Morty with the Gatlians dropping swear words left and right. The boss exhibits interesting behavior such as taking cover, which while minor, is a nice sign that enemy combatants won’t be bullet sponges while you pepper them with alien weaponry.

High on Life is set to release sometime in Dec. 13 and will be an Xbox Game Pass Day One title. Be sure to check out our full coverage of Gamescom such as the reveal of Dune: Awakening, Tales from the Borderlands and new footage from The Callisto Protocol.