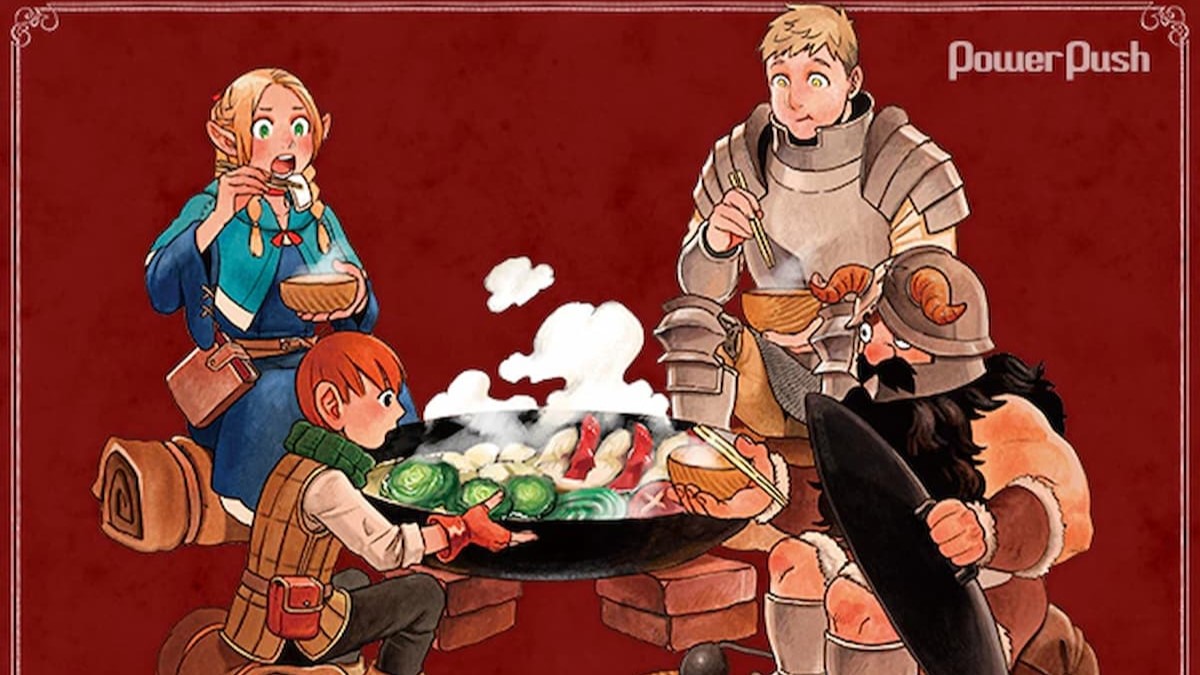 Studio Trigger has announced the TV adaptation of the beloved gourmet fantasy manga Delicious in Dungeon. Over the years, fans have continuously asked the creator, Ryoko Kui, for an anime series due to the story’s unique adventures and comedic moments.

You can check out the teaser visual from Studio Trigger here:

This show isn’t the first time Delicious in Dungeon received an animated production since there was a commercial of the cast in 2019, which was an advertisement for the manga’s Volume 8.

In this debut, we see the characters Laios Touden, Senshi, Mickbell, and many more as they fight monsters to harvest them for ingredients. This particular story element is the primary reason why fans have fallen in love with the series because of the manga’s eeriness of consuming creatures like the Kraken or a dragon.

Ever since this commercial was released, fans immediately asked for a TV adaptation, but some have stated that the creator wanted to finish the series first before making it into an anime.

It isn’t entirely clear if Studio Trigger will follow the same art style as this advertisement, so we will have to see their rendition of the setting and cast once more updates arrive.

If you would like to read Delicious in Dungeon, there are currently 11 volumes in the series that tell the story of Laios and his friends. During this adventure, the group looks for ways to satisfy their hunger until he suggests to eat dangerous monsters to fill their appetite, thus establishing the overall premise of the manga.

Now that the story will be a TV adaptation, fans will finally get to experience the characters’ thrilling adventures as an anime. But, while you wait for its release, you can explore more Studio Trigger projects, such as SSSS.Dynazenon, Indivisible, Shantae 5, and the teaser trailer for Cyberpunk: Edgerunners.