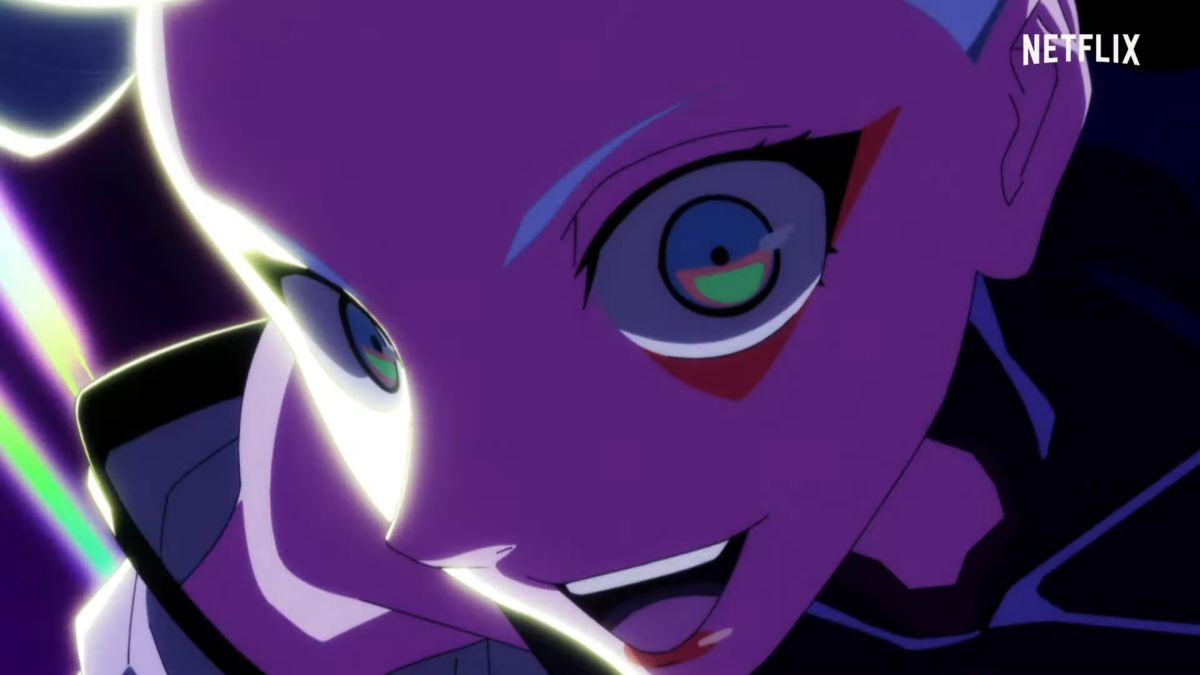 Today Netflix and CD Projekt revealed a new trailer and a debut window for the Cyberpunk: Edgerunners anime series.

It’s animated by the popular Studio Trigger, which certainly appears to be perfect for the psychedelic visuals that you’ll see in the trailer.

When is the Cyberpunk 2077 anime Cyberpunk: Edgerunners coming out?

The series, which is tied in with Cyberpunk 2077 was announced all the way back in 2020, but now we know that it will debut in September 2022.

It’ll count 10 episodes and you can check it out below.

We also get an additional clip featuring the Maelstrom gang.

You can also take a look at an “inside look” video providing further insight and more glimpses at the anime.

“The series tells a standalone, 10-episode story about a street kid trying to survive in Night City — a technology and body modification-obsessed city of the future. Having everything to lose, he stays alive by becoming an edgerunner — a mercenary outlaw also known as a cyberpunk.”

Cyberpunk 2077, which serves as the inspiration for this anime series, is currently available for PS5, Xbox Series X|S, PS4, Xbox One, and PC, and you can read our review.

An expansion is expected for next year, and we know we’ll hear more later this year.