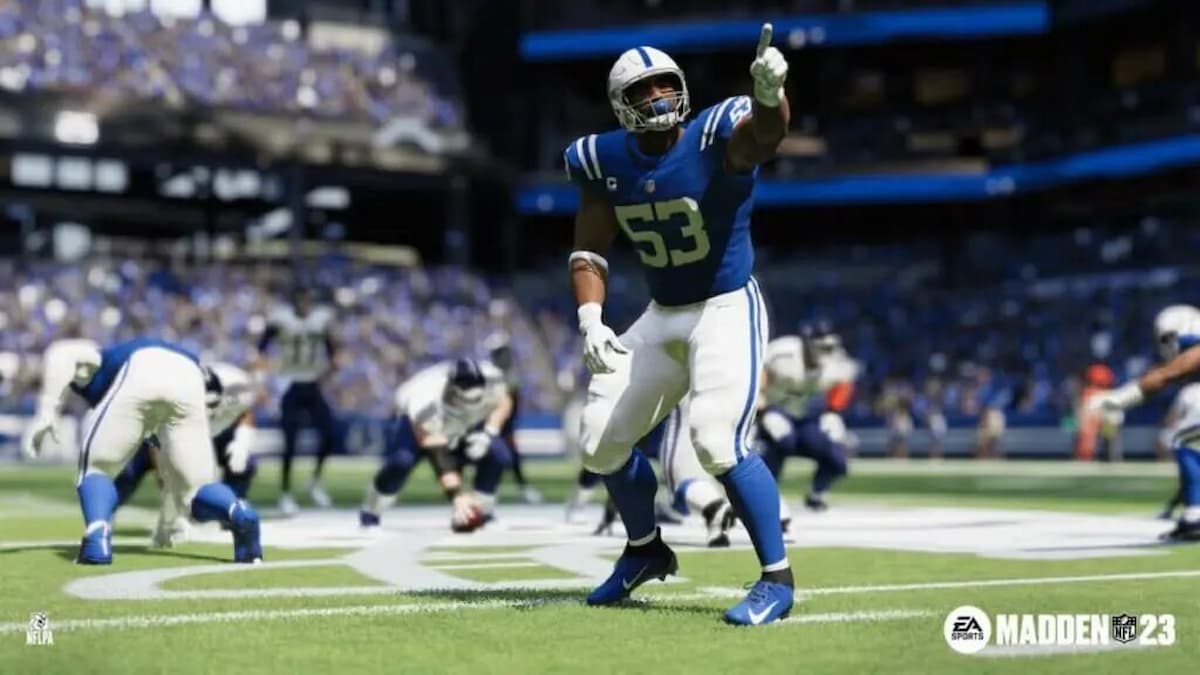 The yearly release of EA Sports’ longest-running franchise promises plenty—get your jokes out of the way now—but tops among them is new player ratings to salivate over. Gameplay, graphics, and glitches aside, players love themselves a fiery debate over ratings. That’s why we’re here to talk about the rookie ratings in Madden 23.

Now, much unlike the ’99 club in the franchise’s latest installment, there are plenty of rookies in Madden 23 to keep an eye on. To make them easier to find, we’ve assembled the following table for you. That said, we’ve decided to limit this particular table to the top 25 rookies in the game:

So there you go, Madden fans—there are plenty of newcomers to potentially build your franchise around. Alabama’s wideout Jameson Williams leads the pack, while if player ratings are anything to go by, EA Sports seems pretty confident that the New York Jets drafted well.

That said, why stop there? After all, we know that this series is as offense-driven as it gets. That’s why we’re happy to break down some more options on the offensive side of the ball that couldn’t quite crack the table above.

Like never before, the NFL is a passing league. That’s why it’s only wise to find your footing under center with these potentially promising newcomers:

Oof. Okay, so, it’s slim pickings under center after all. That said, we’re all in on Tennessee’s Malik Willis if for no other reason than his speed. An honorary shout goes out to Atlanta’s Desmond Ridder as well.

If you’re a player who still fancies the more old school, ground-and-pound style, then you’re in luck! Despite the early-round value of running backs diminishing in recent years, pacey ball-carriers remain quite the commodity in Madden:

If it’s speed you’re after, San Francisco’s Davis-Price or Las Vegas’ Zamir White are your best options. That said, you cannot really go wrong with any of these choices. Each lend themselves to plenty of possibilities if you’re looking to build (or rebuild) a franchise from the ground up.

Looking to throw the ball but aren’t confident enough in your ability to get it done with a rookie signal-caller? Not to worry—there are plenty of wideouts to target with a veteran under center, and perhaps a fun combination of rookie passer and catcher to explore as well:

It feels as though New York’s Wan’Dale Robinson is the odd man out here, as every other franchise listed above has a very capable slinger under center that should provide for their notable rookie wideouts. Though, with that in mind, why not take the Giants for a spin?

No, we didn’t cover fullbacks, sorry to say. It’s difficult to find teams that old school. And yet, the rise of the all-doing tight end has never been more plain to see. From pass-catching to blocking, it could be argued that there is a greater emphasis on tight ends now more than ever. So, it wouldn’t hurt to check these guys out:

We’re not going to lie to you—it’s rough out there for rookie tight ends. Still, we cannot help but notice that the New York Jets have a rookie of notable quality all over the field. From where we’re standing, they look like a clear front-runner as far as franchise experiments go. Where they fall short, however, is under center. Everyone else on this list benefits from having a veteran presence under center.

But doesn’t that simply make the Jets an all the more fun prospect?

So there you have it, folks, a comprehensive guide to many of the rookies Madden 23 has to offer. Now it’s up to you to find the best fit to lead your franchise forward. And if you’re looking for more, such as the fastest quarterbacks or wide receivers in the game, feel free to check those out and everything else Madden 23 has to offer below.