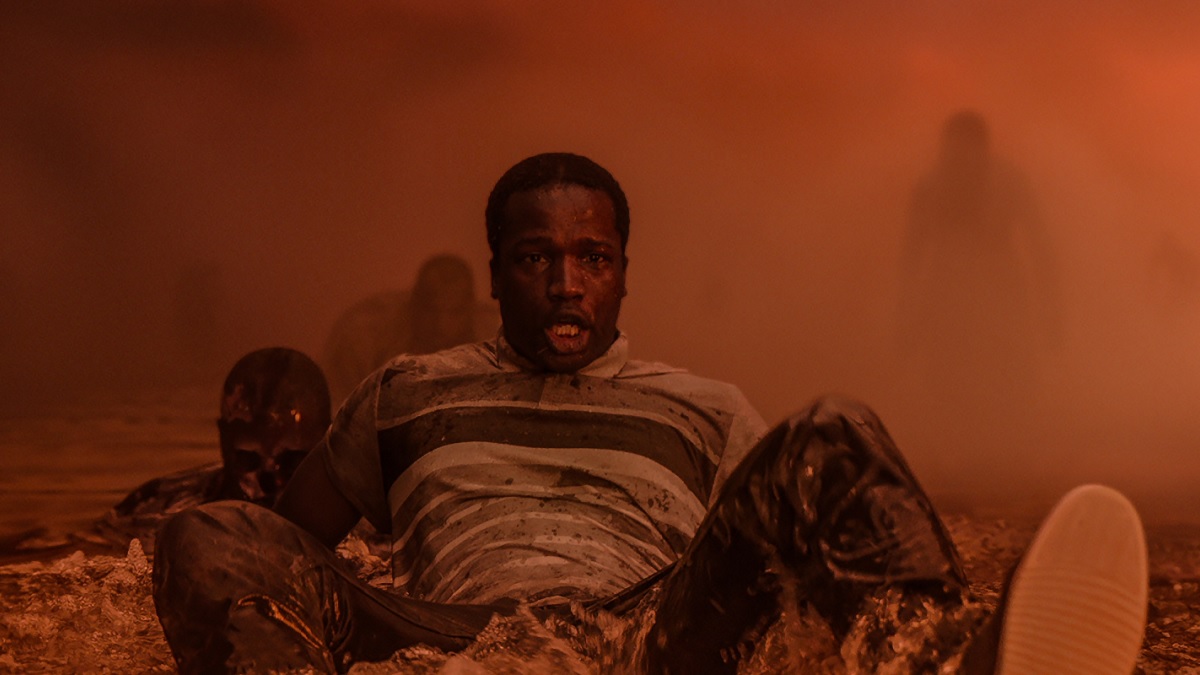 Horror is one of the greatest genres for exploring bizarre, mind-bending and bloody ideas. You’ve got supernatural, psychological, folklore, good ol’ fashion slasher—the list is endless. However, like every genre, there are plenty of stinkers and success stories. But what of the underrated? Sometimes a film gets overshadowed by a summer blockbuster or perhaps there wasn’t enough promotion. If you love horror, here are 10 underrated horror gems every fan should watch.

How would you feel if something was following you, at a casual pace? That’s creepy. But what if that person also had seemingly infinite stamina? That’s Jaime Height’s dilemma. After sexual intercourse with her boyfriend, Jaime is cursed; Hugh, her boyfriend, knowingly passes it. Unfortunately, the curse pursues you until you’re dead. Paranoia, tension, suspense, and an otherworldly creature—It Follows promises all of it.

Many of us take our senses for granted—sight, sound, taste, feel, smell. Losing even one of those senses can drastically change your life. Hush explores that fear by placing a deaf character (Maddie, played by Kate Siegal) in a home in the woods, all by herself. Or at least that’s how it seems at first. As simple as that premise is, the movie weaves Maddie’s lack of hearing into the film with great suspense.

Titane is a strange amalgamation of drama, body horror, and disturbing visual storytelling. By all accounts, it is a work of art—a film that leans heavily on atmosphere. That’s not to say that the film isn’t concerned with plot; there is a plot, but it’s wrapped in car oil, sex, and violence. You’ll witness Alexia go through transformation after transformation, as she battles identity and love.

It’s about time more horror films use elements of mythology and folklore. In The Ritual, four friends decide to hike Kungsleden (it’s in Sweden) in honor of their friend Rob, who had just been killed six months earlier. Circumstances force them to enter the forest rather than use the trail. Naturally, by leaving the safety of the trail, they’re subjected to horrors of the forest, psychologically and physically. And maybe it’s the forest playing tricks on them, or maybe there’s something hidden in the darkness that might call the woods home.

Depending on the premise, some horror themes run the risk of clashing with modern day landscapes and technology. Ever watch a film that featured smartphones and through a quick call would have saved everyone? Now, if you were to set a horror film sometime in the past, without modern amenities, you might be onto something. Bone Tomahawk does exactly that, but with cannibals, the Wild West, and Kurt Russell.

Last Night in Soho tells the story of two aspiring artists: Eloise Turner (played by Thomasin McKenzie) and Sandie (played by Anya Taylor-Joy), separated by several decades. More specifically, Eloise is apparently experiencing Sandie’s life in the 1960s while she dreams. It’s a trippy ride, one that explores the dangers of show business, broken dreams, and a murder mystery with a psychedelic flair.

The less you know about The Invitation, the better. All you need to know is this: an invitation to a lavish dinner party shows up at Will’s door. It’s from Eden, his ex-wife. Will, with his girlfriend, Kira, decides to attend. Friends from Will’s past were invited as well, but something seems off about the people there. What The Invitation brings to the table is tension that you so desperately want to release.

Just like The Ritual, His House brings folklore to the forefront; in this case, South Sudan folklore. Bol and Rial and their daughter Nyagak flee to the UK from South Sudan. As refugees facing deportation, they struggle with fitting in, not just culturally, but with the people around them. They experience racism, hatred, and, of course, an evil entity haunting their only home.

Goodnight Mommy follows the life of a mother as she struggles to convince her twin boys that she’s really their mother. Her sons aren’t buying it. Of course, it doesn’t help that their mother’s face is swathed in bandages due to cosmetic facial surgery. So, who do you believe—the mother or the children? We highly recommend this one if you love psychological horror.

Films that use the “found footage” angle sometimes get a bad rap. When it’s done well, you get The Taking of Deborah Logan. Deborah Logan has Alzheimer’s disease and a group of students want to create a documentary on her struggles. However, Deborah’s struggles take on a supernatural nature intrinsically tied to a local mystery.

With The Taking of Deborah Logan, we end our list of 10 underrated horror gems every fan should watch. When you’ve watched all of them, check out the best horror games on PC or maybe test your knowledge with Twinfinite’s quiz on John Carpenter’s The Thing.