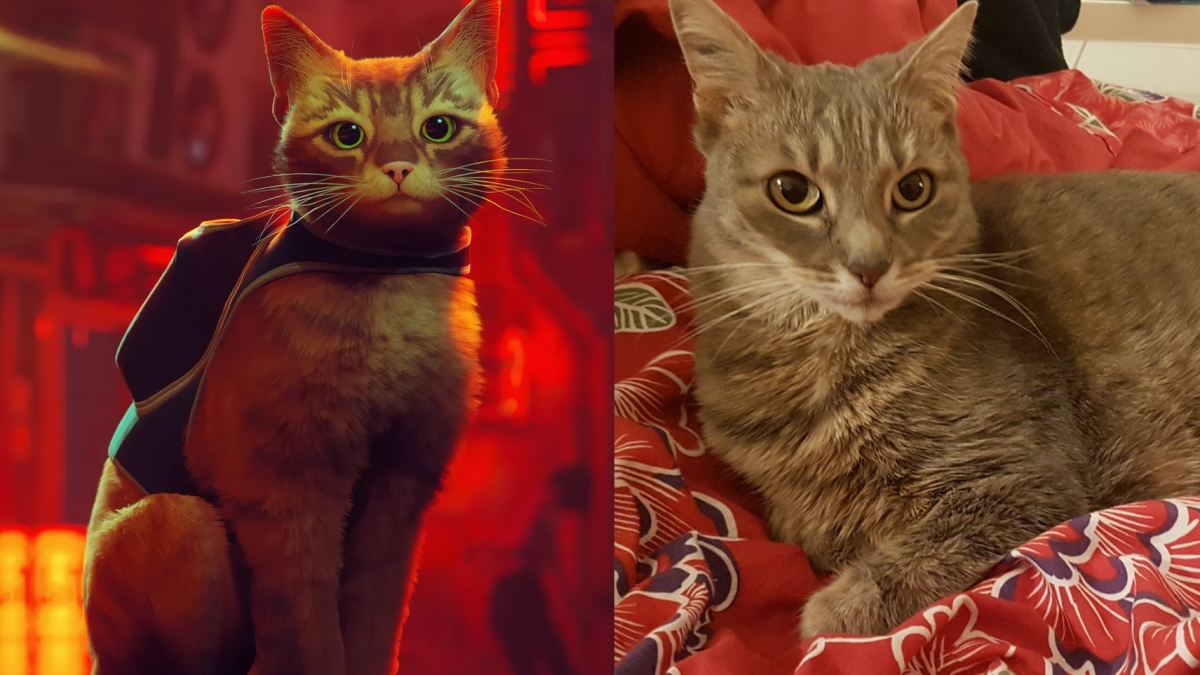 Stray, the latest adventure from Annapurna Interactive and BlueTwelve Studio, is out now for PC and Playstation. In the game, you play as an orange stray cat navigating a dystopian, cyberpunk world in order to reunite with its family.

Since you spend the game in control of a cat, there are plenty of feline antics to do in the game, like knocking things over, scratching carpet or trees, and jumping into boxes. One of the best parts, though, is that there is an entire button dedicated to meowing (and even an achievement for meowing at least 100 times!).

In order for players to meow to their heart’s content, it only makes sense that there needed to be a voice actor to make the mewing sounds possible.

That’s where Lala comes in.

Lala plays the role of the adorable meows and other cat sounds you hear while playing Stray. Personally, we think she’s a very talented actress with a quite a wide vocal range.

Clearly, we’re not the only ones who think Lala did a great job. Because of the realism, plenty of cats have been enjoying watching their owners play Stray. Both humans and their feline friends alike have quickly fallen in love with the game and the cats in it, and of course Lala helped play a role in that with her stellar voice performance.

Currently, we do not yet know if Lala plans to continue voice acting in further projects, but we really hope she does.

If you’re interested in learning more about Stray and whether you should buy it or not, you can read our official review of the game right here. If you somehow need even more convincing after that, take a look at all of the adorable (and annoying) cat stuff you can do in the game.

Stray is available now for PS4, PS5, and PC.