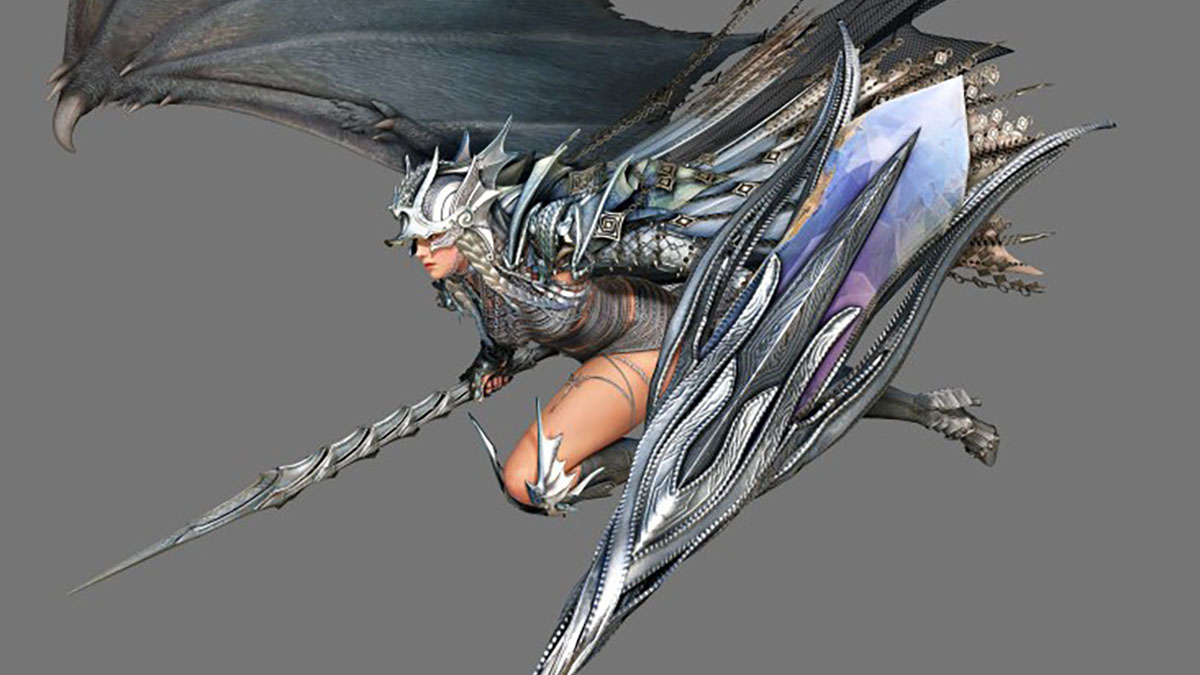 Today Pearl Abyss released a full-fledged trailer showing off the gameplay of the awakening version of the newst class Drakania for the first time.

She has a full dragon wing (only one), a double spear (yes, it’s actually two spears, not a spear and a shield), and… a chainmail cocktail dress? Don’t ask me. I don’t know.

We also get a look at a cinematic cutscene to set the atmosphere.

About her weapons, they’re called “Trion” which means “spear” in dragon language. It has two forms. The “Hexeblood” form is two actual spears, while the “Dragonblood” form turns one of the spears into a dragon horn (the thing that looks like a shield) capable of crushing her opponents.

The Awakening also has a release date, and you’ll be able to enjoy it on all versions of the MMORPG with the update coming on July 27, 2022.

You can check the video out below and see how Awakening Drakania plays.