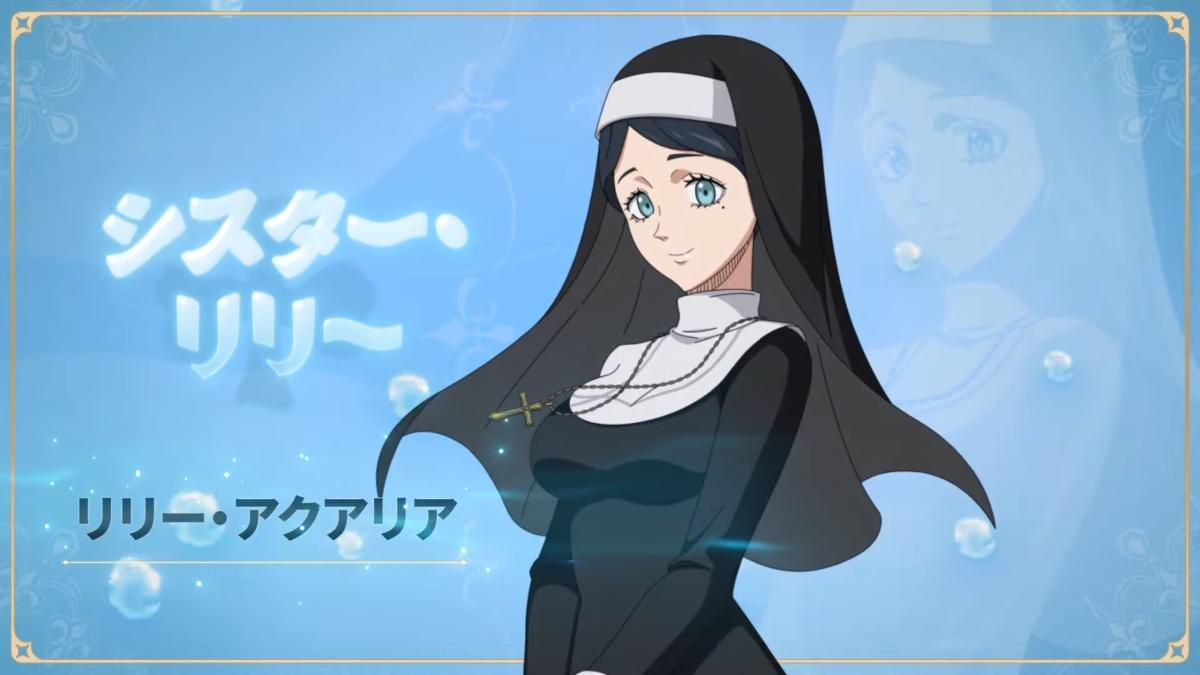 The first trailer reveals a the game’s rendition of a popular character who will be an NPC in the game, Sister Lily Aquaria.

We also take a look at one of the familiar environments of the game, which is of course Hage Village, reproduced in detail including the Grimoire Tower.

Since we missed them when they were released (nobody’s perfect) we’re also including more recent trailers including Asta, Yuno, and their skills.

The title “Black Clover Mobile” is not final and the game is expected to release at least in Japan in 2022 for iOS and Android. As usual, it’ll be free to play with optional microtransactions.

While the name Vic Game Studios may be unfamiliar to most, it’s a subsidiary of Pearl Abyss, the developer of Black Desert.

The original Black Clover manga by Yuuki Tabata debuted in 2015 and it’s still ongoing. Like most successful properties on Shonen Jump, it spawned a long-running anime series on top of more additional media adaptations.

At the moment, no information about a western release has been shared, but Pearl Abyss already works in North America and Europe with Black Desert, so the possibility does exist. We’ll have to wait and see.