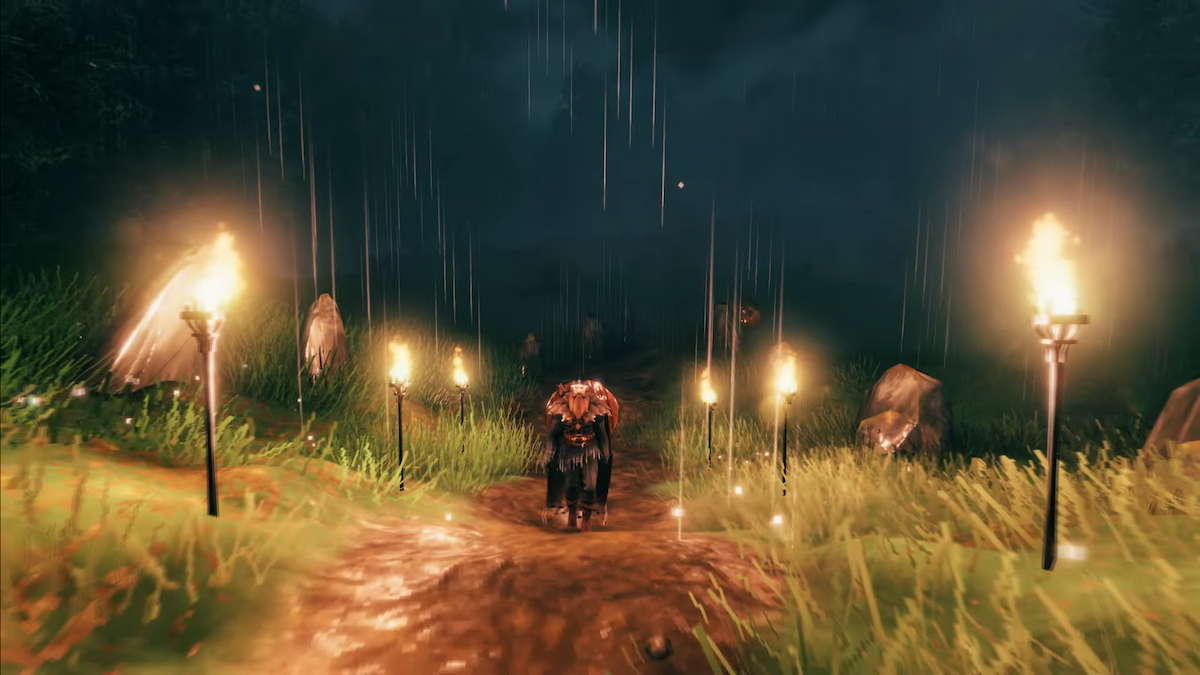 Announced today during the Xbox Games Showcase Extended, Valheim will be hitting PC Game Pass this Fall, with a release on Xbox One and Xbox Series S|X in Spring 2023. Though, for those who don’t have PC Game Pass and still want achievements, it will also be hitting the Microsoft Store for a direct purchase.

You can find the Xbox Games Showcase Extended trailer that accompanied this news below.

Valheim first released into early access in Feb. 2021 for PC from developer Iron Gate Studio and publisher Coffee Stain Studios, best known for Goat Simulator and Satisfactory. Valheim took gaming by storm and sold over five million copies only one month after release.

For those maybe unfamiliar with Valheim, this is how Steam describes it:

Valheim is a brutal exploration and survival game for 1-10 players set in a procedurally-generated world inspired by Norse mythology. Craft powerful weapons, construct longhouses, and slay mighty foes to prove yourself to Odin!

This Valheim news was given was during Xbox’s second recent showcase. First was the Xbox & Bethesda Games Showcase which revealed that the Persona series will be hitting Xbox platforms for the first time ever. That same showcase also gave the very first look at gameplay for the highly anticipated Starfield.