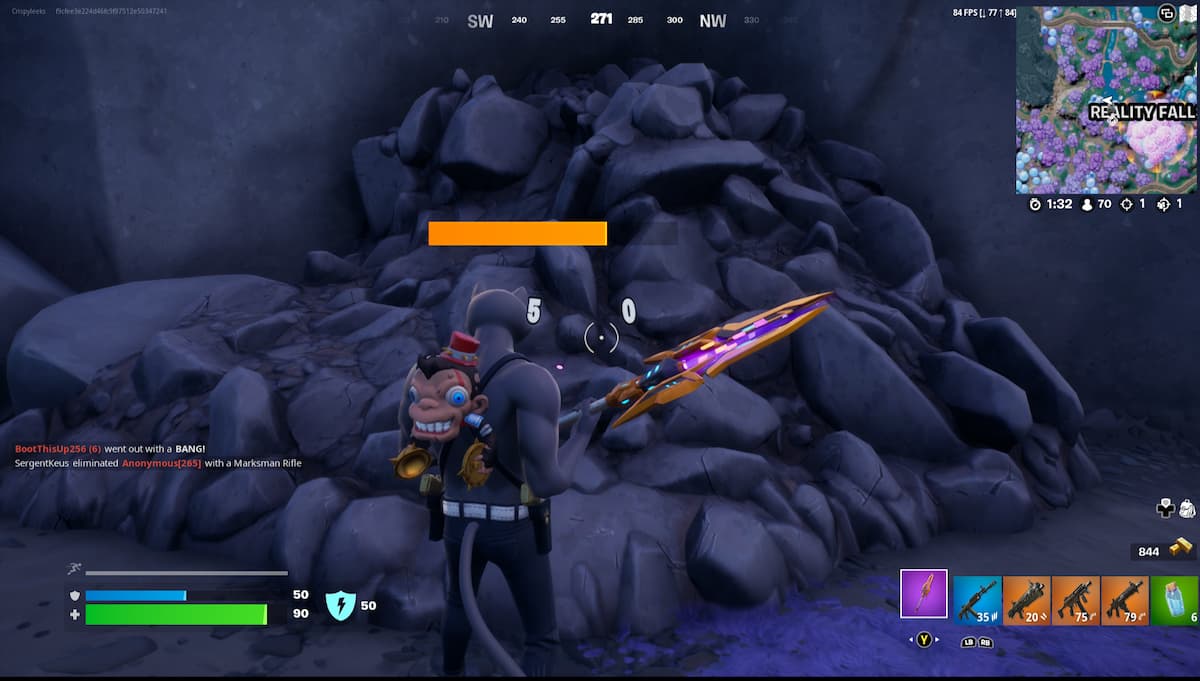 Fortnite Chapter 3 Season 3’s map is full of changes and surprises. Following the demise of the Imagined Order, the island is well and truly in party mode, but that doesn’t mean there’s some remnants of past seasons still lingering. In fact, two henchman NPCs are currently trapped behind a landslide and are busy trying to dig their way out.

The landslide itself can be found behind the waterfall in Reality Falls, and resembles a large pile of rocks.

It’s so ordinary-looking that you wouldn’t actually think to hack away at it unless you already knew about it… or just like hitting everything with your pickaxe.

According to popular dataminer HYPEX, the two lonely henchmen are busy digging their own way out from under the rocks, but the Fortnite community’s never been afraid to get their hands dirty and help out.

Some players have already managed to glitch their way through the wall, by using the Cow Catcher, enabling them to see the Ghost/ Shadow henchmen and Trespasser just chilling in the corner.

There’s also a good few chests hiding inside, making it a perfect landing spot at the start of a game… when the rubble is removed that is.

At the time of writing, the landslide still has about three quarters of its enormous HP bar, so the Fortnite community still has a lot of work ahead of them.

According to HYPEX, once freed, the henchmen and trespasser will wander around the map, though exactly what their plans will be remains to be seen. Perhaps they’ll be the start of the next uprising. Only time will tell.

Have you helped chip away at the landslide behind the Reality Walls waterfall? Let us know in the comments below.