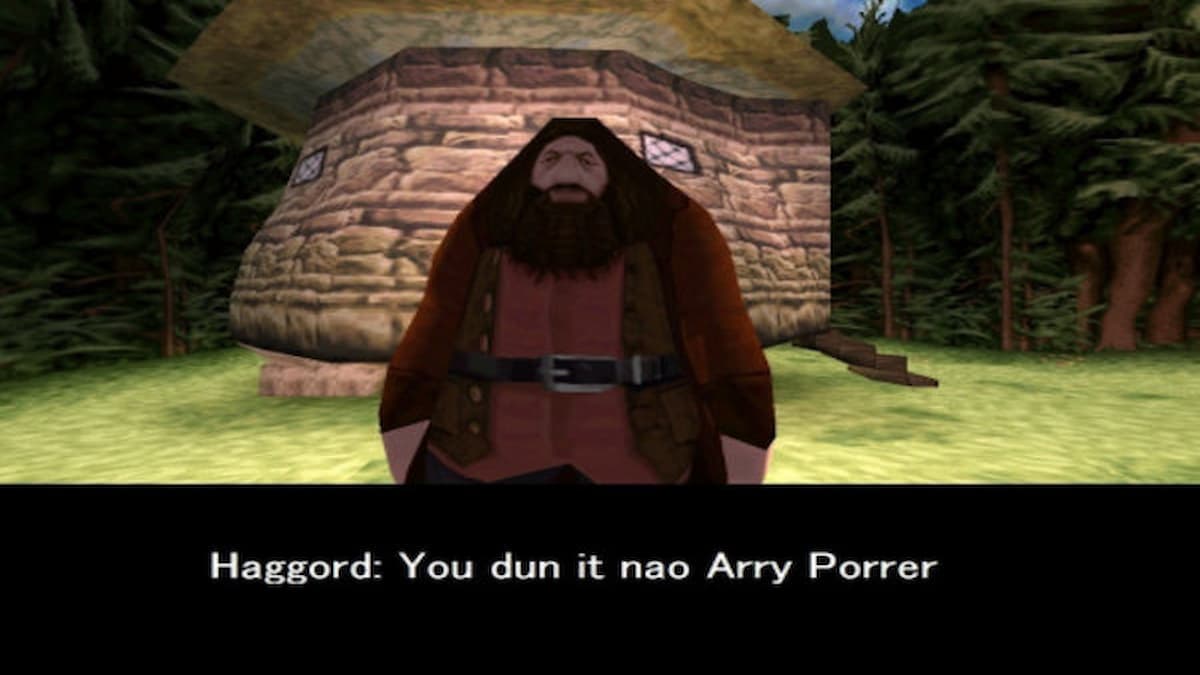 The PS1 Hagrid memes are still going strong even today. The internet continuously brings back the funny images of the famous character’s artwork. So, if you are in the mood for a laugh, here are the top five PS1 Hagrid memes. But, if you don’t know what this phenomenon is, we will first provide you with an explanation of its origins.

Due to the PlayStation 1’s dated graphics, the game version of Harry Potter and the Sorcerer’s Stone features a variety of pixelated environments and blocky characters. One, in particular, is Hagrid, a poorly designed character with many memes.

Since this character’s model barely reflects the original actor of the movies, he’s acquired the nickname “Haggord.” Google this name, and you’ll see hysterical memes, a Twitter account, and even merchandise.

So, when did the PS1 Hagrid meme start? The internet wasn’t as prevalent when the game was released in 2001; therefore, it’s safe to say that it didn’t begin around this time. Some say the meme originated in 2012, but it is still unknown. During that year, Haggord dominated the community with a collection of funny pictures and jokes.

Now that we’ve established the PS1 Hagrid meme, it’s time to laugh with the top five best ones.

When life gets you down, PS1 Hagrid memes are here to comfort you:

For Call of Duty fans, we have a hilarious comparison between Captain Price and Haggord:

When the world needed him most, PS1 Hagrid was there:

Now that you’ve enjoyed these top five PS1 Hagrid memes, you can check out more funny images in our Elden Ring feature. Also, be sure to explore the relevant links below for more Harry Potter content.