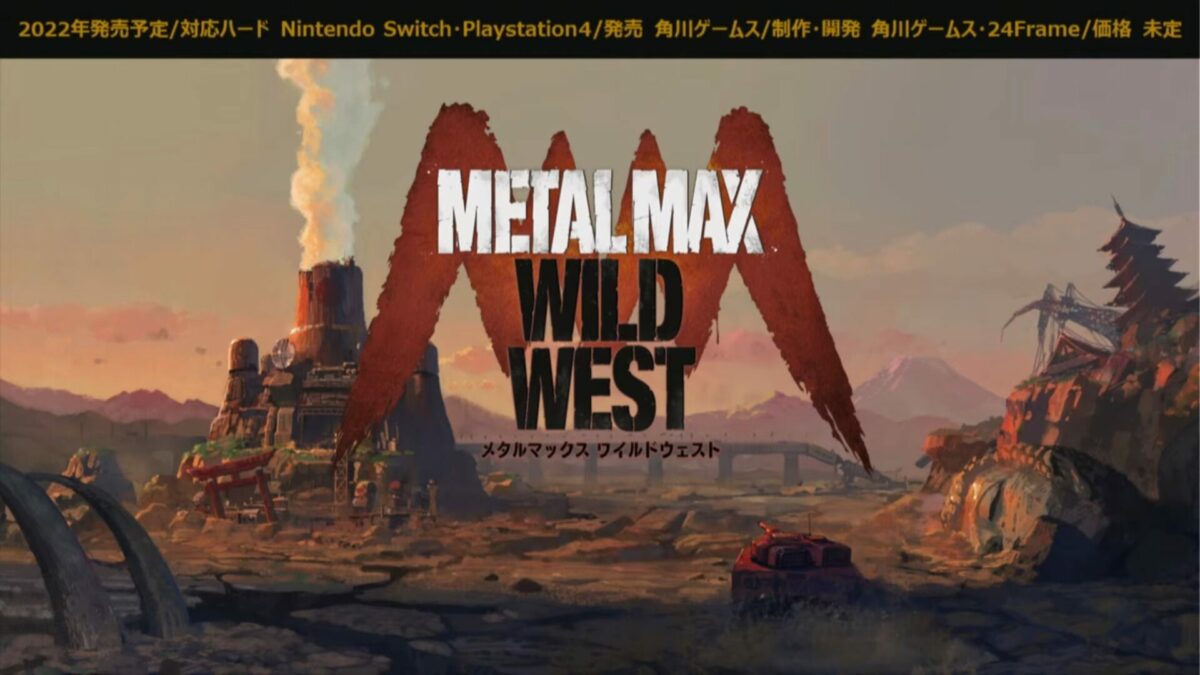 Today Kadokawa Games reached out with a press release to announce the cancellation of Metal Max Wild West.

The game was originally announced in 2019 with a 2020 release window as Metal Max Xeno Reborn 2, and then renamed into Metal Max Wild West in 2021 with a planned release in the same year.

The release then shifted to this year for PS4 and Nintendo Switch, but unfortunately, it won’t happen.

The press release mention that the game has been canceled in consideration of the current development status.

Kadokawa Games apologized for the inconvenience caused to the fans that were waiting for the game.

The developer had picked up the dormant Metal Max series with Metal Max Xeno, released in 2018, and then remade it into Metal Max Xeno Reborn released in Japan in 2020 and still coming to the west tomorrow, June 10 for PS4, Switch, and PC.

The future of the series is now in the hands of the spinoff Metal Dogs, currently available in Early Access on Steam, and Metal Saga: Hangyaku No Rouka, currently in development for Nintendo Switch.

At the moment, we don’t know whether Metal Max Xeno will ever get a sequel or that part of the franchise will simply end there.

Looking beyond Metal Max, Kadokawa Games has recently released the turn-based strategy mecha JRPG Relayer for PS5 and PS4, and that’s definitely a treat for the fans of the genre and of anime-style robot games.