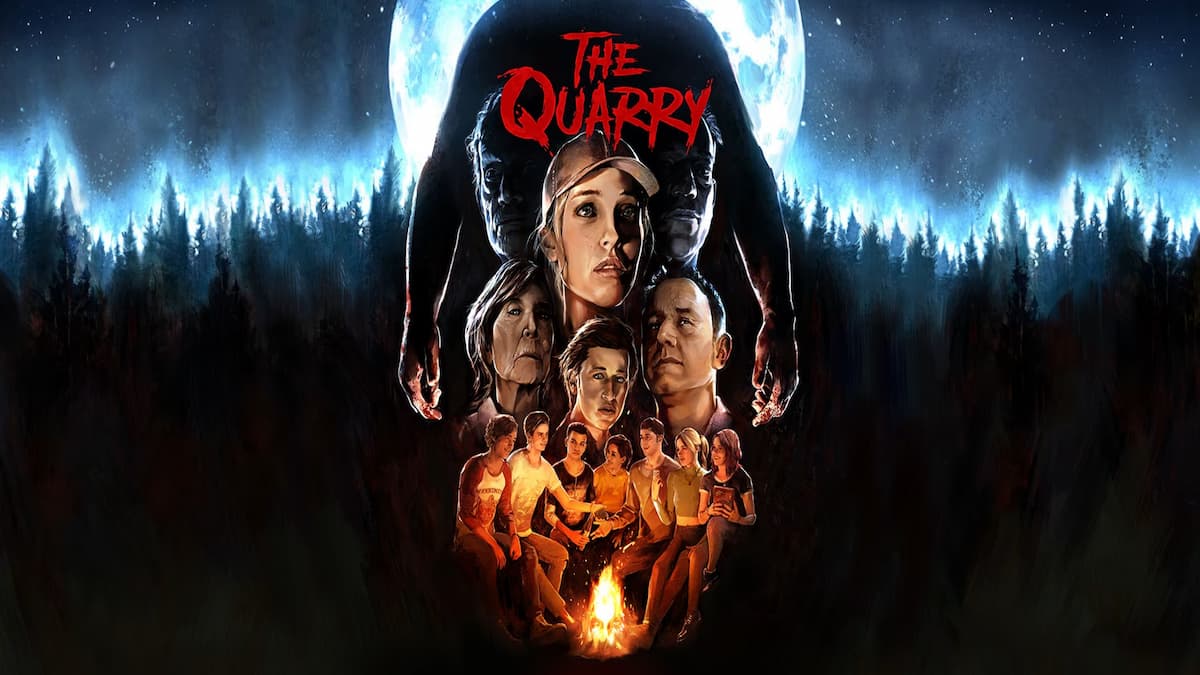 Supermassive Games is back with another horror-filled story adventure. The Quarry serves as a spiritual successor to 2015’s Until Dawn and features a similar premise: a bunch of teens are being hunted down, and it’s up to you to keep them alive or doom them.

If you’ve seen gameplay or previews for The Quarry, you might’ve recognized a few of the characters that will be a part of the story. Much like Until Dawn, The Quarry boasts a star studded cast, and today, we’re going to be going through the list of voice actors who will be lending their talents to The Quarry.

David Arquette takes on the role of Chris: the all around father figure of Hackett’s Quarry summer camp. This isn’t his first rodeo in the horror genre as he is most well-known for his roles in the Scream franchise and Eight Legged Freaks. He also was a professional wrestler most notably known for his stint in 2000 during the World Championship Wrestling event.

Skyler Gisondo will be playing the role of Max: resident class clown and boyfriend of camp counselor Laura. Skyler has a lot of experience under his belt as he’s made appearances in The Amazing Spider-Man movies as Howard Stacy and was a series regular in Netflix’s Santa Clarita Diet alongside Drew Barrymore and Timothy Olyphant.

Does the last name “Raimi” ring a bell? If it does, that’s because Ted Raimi is the brother of well-known filmmaker Sam Raimi. Due to the brother connection, Raimi has had numerous stints in Sam’s works such as Evil Dead and the first Spider-Man trilogy as well as work in the legendary cartoon, Invader Zim. Ted will be playing the role of Travis, a sheriff that will do whatever he can to protect and serve.

Halston Sage will be portraying Emma: the resident influencer who’s in charge of the camp’s drama activities and always has her phone out ready to capture a moment. Sage is best known for her main role in TV series, The Orville, as well as her role in 2014’s Neighbors as Brooke and 2019’s Dark Phoenix as Dazzler.

Brenda Song voices Kaitlyn: the de facto leader in any situation due to her vocal nature and ingenuity. If you grew up watching Disney Channel, you’ll recognize her from her lead roles on The Suite Life of Zack and Cody as well as Wendy Wu: Homecoming Warrior!

Zach Tinker will be voicing Jacob: the camp jock with a charming personality who has a crush on Emma. When Zach isn’t “jocking it up” in The Quarry, he has a recurring role in daytime soap opera, The Days of Our Lives. He has also made appearances in American Horror Story and Netflix’s 13 Reasons Why.

Ariel Winter will be tapping into her artistic side as Abigail, the “hopeless romantic” who’s buried in her sketchbook but hopes to find love before summer’s end. While she’s most well-known for her time on the comedy sitcom series, Modern Family, she’s also pretty well-versed in voice acting in video games. Winter has voiced Young Kairi in a few of the Kingdom Hearts games and also voiced Mog in Final Fantasy XIII-2.

Evan Evagora is lending his talents to Nick, a soft-spoken teenage heartthrob who’s afraid to let people into know him. Evagora has been known for his time on Star Trek: Picard as the Roman refugee Elnor and for starring in the prequel/reimagining of 2020’s Fantasy Island.

Lance will be voicing Jedediah. However, not much is known about the character’s role in The Quarry. Henriksen has had quite a storied career as a voice actor lending his talents to portray General Shepherd in 2009’s Call of Duty: Modern Warfare 2, voice Carl Manfred in Detroit: Become Human and Admiral Steven Hackett in the Mass Effect series.

Miles Robbins will be using his musical talents to play as Dylan: a beloved member of the camp due to his deep musical knowledge and edgy person with a deep fear of rejection. Robbins has had various stints in movies and television such as The X-Files and 2018’s Halloween, and like his character, Robbins has a musical side as he’s been a part of a psychedelic pop band.

Lin Shaye plays Contance in The Quarry, and much like Jedediah, not much is known about her in-game character. Outside of the game, Shaye has been dubbed an influential member of the horror film genre, AKA a “scream queen”, known for her roles in the Insidious universe, Ouija movies and A Nightmare on Elm Street. She also has a comedic side appearing in movies Dumb and Dumber and There’s Something About Mary.

Making his debut appearance in the video game industry, Justice Smith is Ryan, a loner with the heart of a hero. Justice Smith has appeared in many projects, most notably in Pokémon Detective Pikachu, Jurassic World: Fallen Kingdom, and in the upcoming Jurassic World Dominion.

Ethan Suplee will play Bobby, a character whom little is known about. Suplee has had a storied acting career with notable performances in movies like Remember the Titans and The Wolf of Wall Street while also garnering attention for his television work in shows like My Name is Earl and Boy Meets World.

Siobhan Williams will be voicing Laura, an aspiring veterinarian, camp counselor, and Max’s girlfriend. Williams has previously lended her talents to gaming as she has appeared in 2020’s Dragalia Lost and is set to make an appearance in recently announced horror game The Chant. She’s also known for her role in the Syfy’s Deadly Class.

Grace Zabriskie rounds out the star studded cast as Eliza, and again, nothing is known about her characters besides the fact that “she knew you were coming…” Grace has had a storied television career making appearances in Seinfeld, The King of Queens and Charmed. She’s also lent her talents to the movie scene with roles in Child’s Play 2 and 2004’s The Grudge.

That does it for the full list of voice actors in the cast of The Quarry. Who are you most looking forward to see in the game? Let us know in the comments down below.

Meet the Voice Actors of The Quarry’s Cast