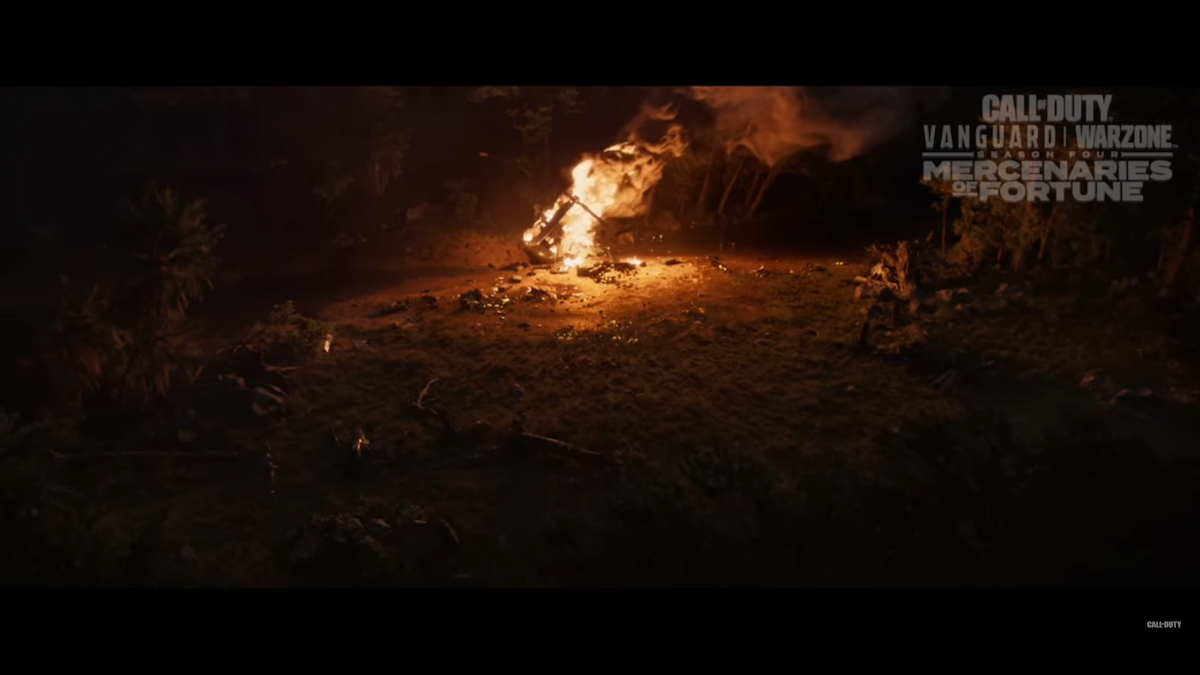 The trailer reveals that season four of Call of Duty: Vanguard and Call of Duty: Warzone will have the subtitle Mercenaries of Fortune. This subtitle makes even more sense considering the recently unveiled season four Resurgence map is called Fortune’s Keep.

The trailer reveals that this new season will be coming June 22 as a “free content update,” just like any season update before it.

In the trailer, a helicopter loaded with gold is seem plummeting to the ground. This sets up a fight between two sides that know what the helicopter was carrying. This seems to set the tone over what new maps might be seen in Call of Duty: Vanguard as it gives new motivation for two sides to be fighting.

Season three for Call of Duty: Vanguard and Warzone started back in April. So by the look of it, this season might go up until the launch of Call of Duty: Modern Warfare 2 and whatever Warzone changes that brings.

Speaking of Call of Duty: Modern Warfare 2, earlier this month we got the first extended look at gameplay so you know some of what you will be getting into with the campaign.