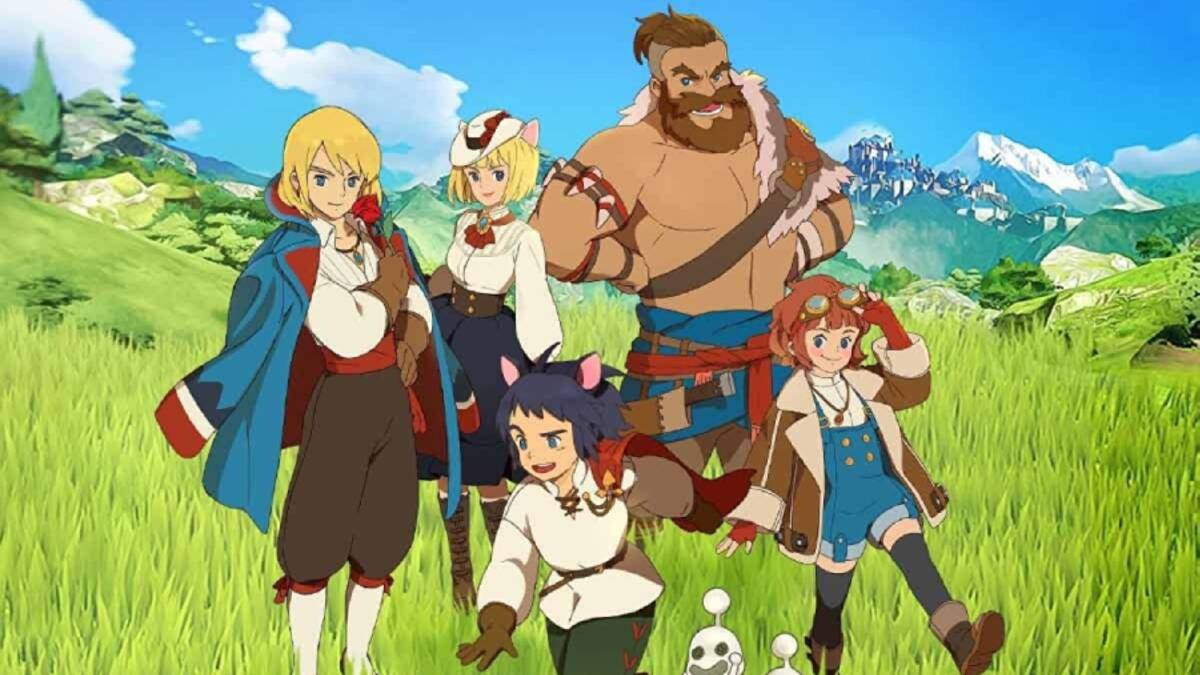 Level 5’s Ni No Kuni franchise has been near and dear to my heart for nearly a decade. Across two brilliant titles, it has delivered charming, fairytale-like storytelling and innovative JRPG gameplay, a synergy that reminded me of the genre’s glory days and one that few of its modern rivals achieve to such a high degree of quality.

You can imagine my skepticism, then, when I discovered that for its next Ni No Kuni title, Level 5 had reached out to South Korean developer Netmarble to produce a free-to-play spin-off for mobile devices called Cross Worlds. Of course, having suspected for some time that Ni No Kuni franchise sales weren’t as hot as its critical reception, I was hardly surprised. Still, I must admit my principal concern was that its signature quality and magical charm would be left by the wayside for, well, typical mobile game monetization.

Now, after having spent time with Ni No Kuni Cross Worlds’ PC preview build last week, I have my answers, and it’s a mixed bag that is sure to divide opinion amongst diehard fans of the franchise.

Cross Worlds’ story follows a fairly similar beat to those in both the mainline games and the recent film. A pretty cutscene reminiscent of Studio Ghibli anime details its premise as my preview build installed, which depicts a player character traveling to another world via a virtual reality game machine called Soul Divers. The game machine –surprise, surprise– transports its main protagonist characters to the world of Ni No Kuni, where, unbeknownst to them, their actions there have consequences in the real world they left behind.

Unlike previous Ni No Kuni games, though, Cross Worlds is an MMORPG that offers players different one of five different classes to choose from, each with a selection of different customization options. It’s nowhere near as in-depth as many other games of the same genre, with every class more or less fitting into five typical profiles. There’s a Witch, Engineer, Destroyer, Rogue, and Swordsman. For every account started, a character from each class can be selected, with each restarting the story but carrying over achievements and some other progression mechanics.

Once I had begun my Cross Worlds adventure properly, I must admit that my first impressions were that of pleasant surprise, and that’s because the game has a much higher level of production than I had anticipated. Cross Worlds has the same pretty cel-shaded aesthetic of previous Ni No Kuni games, and even though this PC preview build is clearly a mobile game ported with only the most minimal of effort (the game still indicates my battery life and wifi reception in the bottom corner!), it still appears in keeping with the rest of the series.

Cross Worlds sounds like a Ni No Kuni game should, too, with the same lovely score by Studio Ghibli’s Joe Hisashi, which I’m pretty sure is pulled straight from Revenant Kingdom. The sound effects and cute voice acting all work together to create a similar atmosphere; actually, there’s a lot about Cross Worlds that feels as though it’s been carbon copied from the 2018 game — not a bad thing, necessarily, but I was struck by just how much it reminded me of Revenant Kingdom.

But while Cross Worlds looks and sounds like the real deal, once you really dig into the gameplay experience, it doesn’t really hold a candle to the mainline games. Of course, it’s a different design entirely, but I found it to feel more like a template of a typical mobile MMO, rather than anything innovative or especially fun to play.

The main issue isn’t that the nature of the gameplay is different but that the content itself is generic; quests are uninspired fetching missions, the stories behind them are uninteresting, and the combat isn’t engaging. Certainly, I hadn’t expected the gameplay experience to match the mainline games, such are the limitations of the mobile platform for which Cross Worlds is developed first and foremost, but recent mobile RPGs such as Genshin Impact feature a much higher standard by comparison.

It dawned on me during my time Cross Worlds that, while I adore the world of Ni No Kuni, it is, in fact, the gameplay that has always driven previous games: the strategy of turn-based systems in Wrath of the White Witch; the rush and satisfaction of pulling off combos and spellcasting in Revenant Kingdom, and the wonderful Pokemon-like familiars present in both.

There are mechanics replicating some of those traits in Cross Worlds, for sure, but they just aren’t as fun or interesting. The game is instead far more concerned with locking you into a cycle of progression mechanics, and, ultimately, funneling you toward monetization.

For me, all the good work that Cross Worlds’ does in creating the charm and magic that is so much a part of Ni No Kuni comes crashing down to earth when I’m constantly pestered by these progression mechanics. From the very first moments of the game, my progress was level gated by having to complete errand after errand before advancing the main story; one can’t do anything in Cross Worlds without undertaking a whole bunch of tedious side quests to scale up ‘Reputation.’

If you’ve played Revenant Kingdom, this sort of level-gating was one of that game’s worst aspects, but it’s baked into Cross Worlds on a far more egregious level. Of course, you can always skip the level-gating if you have the gold in your wallet!

I get this is all part and parcel of mobile games with gacha mechanics, which all revolve around dozens of different currencies to hoard, experience points to garner, and materials to harvest — a loop that is designed to keep you locked in and continually grinding forward. It’s the same in Genshin Impact. But where that experience more or less won me over with its quality content and more robust gameplay, Ni No Kuni Cross Worlds doesn’t meet that same high watermark and feels soulless by comparison — something that is, to use an appropriate adjective, heartbreaking for a Ni No Kuni fan to admit.

I also found Cross Worlds’ auto-complete mechanic another major contributor to this sense of soullessness. The system is engaged by pressing a quest marker icon in the top corner of the screen, which automatically tracks one’s character to a quest and even through combat encounters, completing every step along the way in perfect fashion.

It’s optional, to be clear, but once you’ve seen the computer flawlessly dispense with battles in the blink of an eye, and had the fuss of exploration taken off your hands in between Cross Worlds’ fetch quests, you start to question why you would ever bother actually playing it. You can even set it to continue playing after you’ve shut the game down, too.

But where is the gratification, the excitement, and the payoff for investing in the RPG mechanics that are shoveled down your throat? I didn’t find any of that in Cross Worlds, which instead only left me with a sense of yearning for a proper Ni No Kuni game. Ironically, whether that will ever come likely rather depends on the success of Cross Worlds, which scooped up $110 million in revenue for Level-5 in only a matter of days when it launched in east Asia back in 2019.

I have no doubt that fans of grindy, gacha RPG systems will find traipsing around the pretty spectacle of Cross Worlds’ enormous world plenty enjoyable. Again, there’s a huge amount of content, including quests and mini-games and familiars to catch, and you don’t have to spend real money to get on board with the experience. For fans of Ni No Kuni’s esteemed previous entries, though, approach with caution if you’re not already familiar with this type of design. I won’t be returning for the full launch.