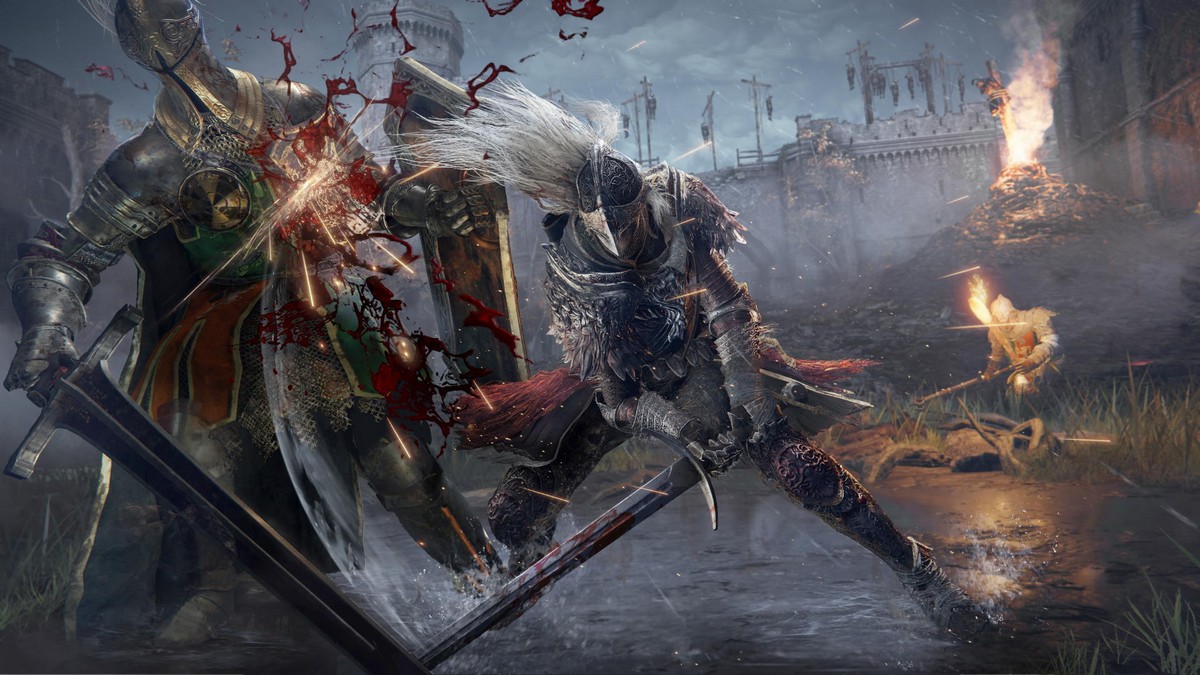 Although Elden Ring has introduced many new concepts to a FromSoftware game, one of the enduring aspects of the formula is that of dungeons. With dangers around every corner, these are areas that will challenge players and test their mettle. However, it is all worth it for the rewards lying at the end, that is, if you can beat the optional bosses guarding them. For those needing some help, here’s our guide on how to beat Black Knife Assassin in Elden Ring.

The Black Knife Assassin can be found in several dungeons, namely the Deathtouched Catacombs, the Blackknife Catacombs, Sage’s Cave, and Sainted Hero’s Grave.

How to Beat Black Knife Assassin in Elden Ring

As with most boss battles, calling in some help will be recommended. The Black Knife Assassin boasts damaging attacks, but they are usually only aimed at a single target. As such, Spirit Ashes such as the Lone Wolf Ashes will give you an advantage in distracting the boss.

For those fighting at range, it will be an easier time taking down this boss. While the Black Knife Assassin is fast, there is plenty of room for you to open some distance and unleash your most powerful Sorceries or Incantations.

As for melee characters, the speedy nature of the boss means you will need to match one way or another. Utilizing the lighter weapons in your arsenal is key, and getting a few hits in before escaping to safety is the way to go. Thanks to the low defense and health of the Black Knife Assassin, this strategy will not take up too much time either.

When it comes to attacks, the Black Knife Assassin has a few tricks up his sleeve. There is a simple stab forward, telegraphed by them pulling back slightly. This can be dodged by going to the side or backstepping. There is also a double slash, where the boss raises his weapon upwards, and this can also be easily dodged.

If you see the boss start dragging his blade on the ground, a spinning attack will follow. Be sure to get some distance away from him if you want to avoid the high damage this attack inflicts.

Lastly, the Black Knife Assassin can unleash a dashing strike, which can be blocked or avoided, leaving him open for an attack on his back.

If you have mastered blocking and parrying, the fight becomes even more simple. The dagger attacks can be blocked, and when the opportunity presents itself, parry and deal the critical hit for bonus damage. The boss also tends to back off after a few strikes, so you can recover your stamina or health during this short lull.

How to Beat the Invisible Black Knife Assassin

The most challenging Black Knife Assassin will be found in the Sage’s Cave, where he has invisibility on his side. To beat him effectively, keep moving and spot the splashes in the water.

Once the boss is directly behind you, strike out with a strong attack. This will hopefully stun him, and let you deal a critical hit for increased damage.

That is all the key information on how to beat Black Knife Assassin in Elden Ring. Be sure to also check out our guide wiki to learn more important details about the game, including information on all the bosses, completing Ranni’s quests, and understanding New Game Plus. For everything else, please search Twinfinite.