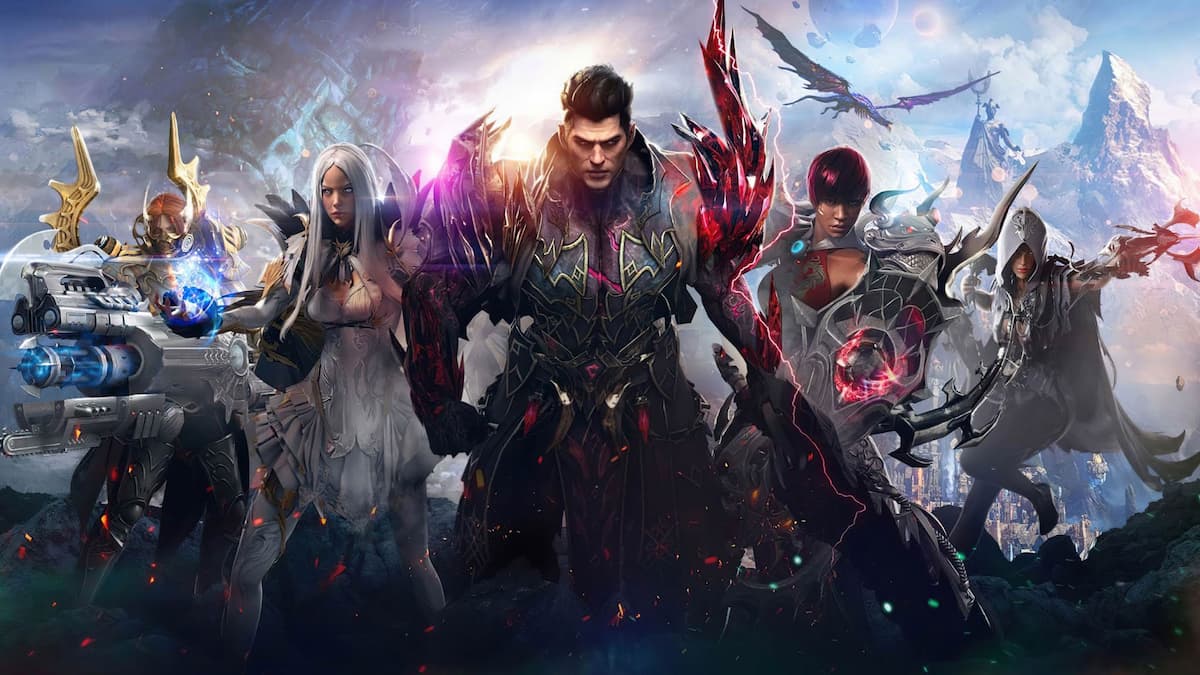 Lost Ark is a popular Korean MMOARPG that’s been out for quite some time now, but has only just been released in English-speaking territories this year. There are quite a few classes and advanced classes to choose from in this game, each with their own unique pros and cons. But, of course, you’re here to find out which ones stand above the rest, so here are all the classes in Lost Ark ranked from worst to best.

We’ll be ranking the classes based on their overall utility in PvE and PvP, with a slight emphasis on PvE since that makes up the bulk of the content in Lost Ark. Another thing to note is that this list includes all classes that have been released as of April 2022.

The Wardancer is in a very weird spot in Lost Ark. She offers some pretty decent buffs for the team, but they’re nowhere near as effective as the buffs provided by the Bard. Outside of that, though, her damage is pitiful and she can’t even make up for that with any form of shielding or protection.

As if that wasn’t bad enough, most of her abilities have very long cooldowns, making her largely ineffective in battle.

The nice thing about the Sharpshooter is he has high mobility and you don’t need to worry too much about positioning when using your abilities. However, his stats are pretty underwhelming across the board, not to mention the fact that he isn’t able to deal much stagger or weak point damage in group content.

This is a rather disappointing class overall, and you could do better with any of the other DPS picks in Lost Ark.

The Deadeye pretty much just feels like a subpar version of the Gunslinger. With three weapons to rotate between, this class already has a high skill floor to begin with. Then you look at his overall stats, and you quickly realize that he’s not at all on-par with most of the other DPS classes and you start to wonder what’s the point of picking this class in the first place.

This class is also heavily reliant on back attacks and critical damage, making it one of the least useful classes in Lost Ark in terms of utility and damage output.

The Scrapper is a great beginner class for players who are just jumping into Lost Ark, and are looking to get acquainted with its controls and mechanics. It’s a pretty bland class that mainly just relies on punching things at close range, and you shouldn’t expect too much variety out of this one.

Its biggest drawback is that it has to get up close and personal with all its foes in order to deal damage, which means there’s not a lot of versatility here.

This is the melee class you want to be playing instead of the Scrapper. The Striker looks and feels very similar to the Scrapper, but is a lot more effective overall. This class has the ability to attack foes from all angles, and has very high mobility too.

However, his abilities are very dependent on positioning, which means that if you’re not being careful about where you’re standing, you could see a huge drop in your damage output. He does make up for this with high damage overall, so beginners should have plenty of room for error when learning how to play him effectively.

Out of all the martial artist classes, the Soulfist is probably the most interesting one of the bunch. This class is able to get in close and punch enemies, but it also has the ability to create distance and fire off projectiles from afar.

While her damage output is pretty average, she does also have great burst damage if used correctly and effectively. Using the Soulfist requires players to be able to weave her abilities properly by zipping in to punch, then immediately following up with another attack that allows her to jump back to safety.

The Deathblade is one of the coolest classes in Lost Ark just from a visual standpoint. Which is why it’s unfortunate that her damage output is severely lacking, especially when compared to the other DPS classes.

She boasts high mobility and is a really fun class to play overall, but is ultimately held back by her reliance on back attacks and critical hits, as well as very long charge animations for most abilities.

In a lot of ways, the Shadowhunter feels like the female equivalent to the Berserker. This class also focuses on high damage buffs, but the critical difference is that her mobility is pretty low and it can take a long time before you finally have enough resources and skill points to build her properly.

The Shadowhunter is capable of dealing tons of damage in Demon Mode, but outside of that, she’s a pretty bland class overall.

The Berserker should feel immediately familiar to longtime Diablo fans, especially once you get a glimpse of his abilities and move set. This is basically a classic melee DPS class that just focuses on high damage buffs and beating things up, and is also a useful class to have in group content where you need to stagger enemies and hit their weak points.

It’s not exactly an outstanding class, and it’s also held back by pretty long animations. Nonetheless, it’s still a solid pick that will carry you through the entire game.

If you’re looking to main a tank class in Lost Ark, the Gunlancer is for you. This class boasts high HP and defense ratings, and is only held back by the fact that he’s not quite able to provide a ton of support or shielding to the party.

Just like the Gunslinger, the Gunlancer also has a rather high skill floor and isn’t exactly the most ideal class choice for beginners. I’m also not a huge fan of his dodge, which is essentially just a quick backstep that can get confusing to use during the more hectic encounters.

The Gunslinger is a great long range DPS character, and she has high mobility to boot. She’s one of the fastest classes in Lost Ark, making her a good choice for players who love swift characters that can zip around the battlefield quickly.

However, she’s also one of the harder characters to use. Using the Gunslinger effectively requires you to be patient, as you’ll need to learn how to swap between her weapons and learn the ins and outs of each one. Her abilities also have pretty long cast animations, which can leave her completely open to attack.

The Paladin is one of the best tanks in the game, even if his shielding and support abilities aren’t quite on par with another class that we’ll be talking about in a bit. He has naturally high HP, and is able to act as a damage sponge for your team, which is always nice.

The downside? Not all of the Paladin’s buffs are stackable, which makes him a bit limited in terms of utility. Not only that, there’s pretty much only one correct way to build him, and trying to stack damage on a Paladin build could be disastrous.

The great thing about the Artillerist is that it’s an incredibly versatile tank that can fill any role your team needs. It’s a decent tank, deals a good amount of damage, and can even provide a bit of support and protection when needed.

The problem is that the Artillerist doesn’t excel in any particular area, and does suffer a little from reduced mobility. It’s a great all-rounder class that will carry you through a lot of content, though, and that does count for something.

The Sorceress has the highest damage output out of any class in Lost Ark, and you can’t really go wrong with this one. It’s an easy class to pick up, and she also comes with a nice damage buff and good burst attacks.

While this is a pretty flexible class that offers a lot of room for building, however, the Sorceress is ultimately held back by longer cast times and very low defensive capabilities. It makes sense, considering there needs to be some balance for her high damage output, but that also means you need to be careful with her.

There’s a reason why the Bard is the most highly sought after class in any team composition in Lost Ark. It’s the best support class and you just can’t go wrong with it, whether you’re doing PvE or PvP content.

The Bard’s main job is to buff their allies while debuffing foes, allowing their team to rack up massive amounts of damage. Honestly, the only real con of the Bard is that they don’t play a very active role in terms of dealing damage and, well, actually attacking enemies. Because of this, solo Bards may take a longer time while clearing content solo.

Despite that, though, Bards are pretty much indispensable in any group content, making this class an easy pick for the number one spot.

At the end of the day, it’s best to reiterate that pretty much every single class in Lost Ark is absolutely viable for all PvE content in the game. Some will inevitably outperform others in PvP and group content, but with the way the game is designed, you’ll have fun playing any of these.

That does it for our class ranking in Lost Ark. Leave a comment down below to let us know which is your favorite class to play, and search for Twinfinite for more tips and information on the game.