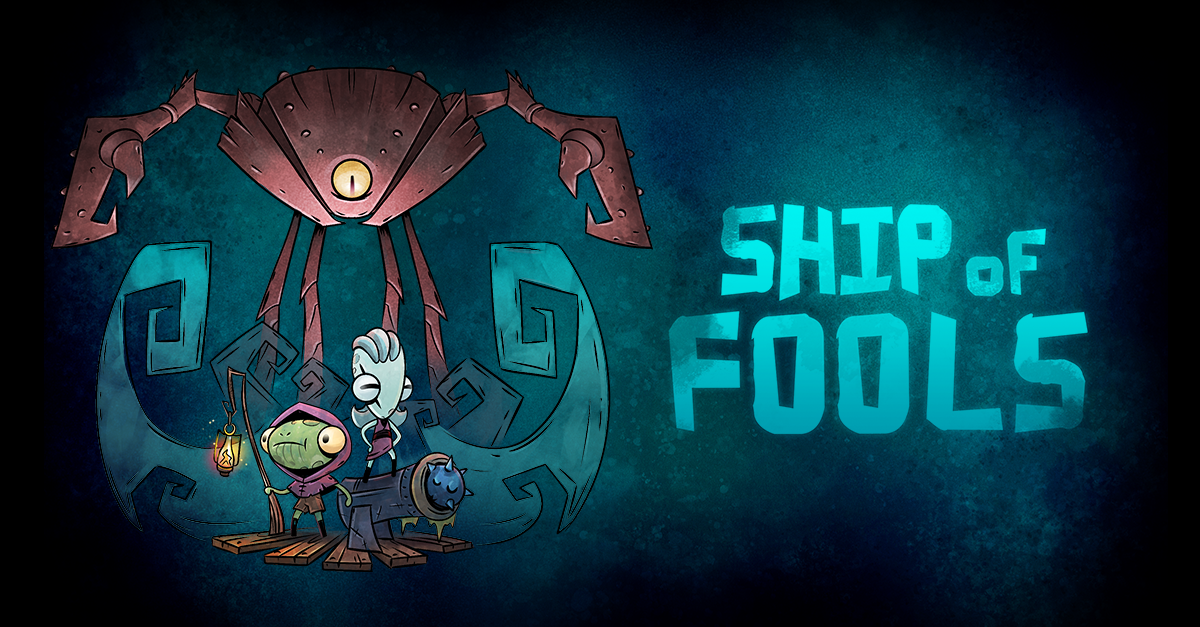 Ahoy there, mateys! Developer Fika Productions and publisher Team17 have dropped a debut trailer for their upcoming co-op sail-’em-up roguelite, Ship of Fools, which charts a course for PC and consoles later this year.

Check out the game’s new announcement trailer for yourself down below:

Boasting a charming hand-drawn art-style, a lighthearted humorous tone, intense swashbuckling combat, as well as some tactical co-op gameplay, Ship of Fools is a nautical adventure with randomly-generated elements.

Ship of Fools’ gameplay appears reminiscent of other couch co-op experiences like Lovers in a Dangerous Spacetime, Snipperclips and Overcooked, where you have to work in tandem with one another to overcome a pesky challenge.

Specific console platforms and a specific release date haven’t yet been confirmed at the time of writing.

For more information, here’s a rundown courtesy of an official press release we received today from Team17:

Team17 and Fika Productions have today announced Ship of Fools, a frenzied two-player couch co-op and online multiplayer, action roguelite set on the high seas. Launching later in 2022 for PC and consoles, Ship of Fools follows a ragtag group of Fools – erm, courageous sailors – as they undertake a series of deadly roguelite runs against dangerous sea creatures and mega-goliaths from across the Archipelago, and attempt to hold back The Everlasting Storm and the impending Aquapocalypse. Ship of Fools will have its first hands-on public demo at W.A.S.D. in London between 7th-9th April at Team17’s booth.

Life on board ship is a treacherous one for Fools, with chaotic cannon firefights, ‘oarsome’ swashbuckling, and run-saving deck repairs all part of the experience. As they set sail aboard the Stormstrider for the tempestuous waters that surround and swirl through the Archipelago, Fools have to work together to stave off enemy encounters to secure rewards, uncover lost treasures and remote shops on islands, use harpoons to loot items adrift on the open sea, and ultimately defeat the final boss and try to stop the end of the world. As runs are attempted and progression is made additional Fools can be unlocked, each with their own unique special ability.

At the heart of the Archipelago is the Great Lighthouse, from where the Fools set sail and embark on their adventures. During their journey, they’ll also rescue individuals stranded across the many islands and bring them back to the hub where they’ll set up stalls for Fools to shop from. Along the way, new cannon types can be purchased, while trinkets and artefacts found bobbing on the Archipelago’s seas can imbue the crew with passive upgrades, furthering their valiant attempts at stopping the Aquapocalypse.

Ship of Fools key features include: