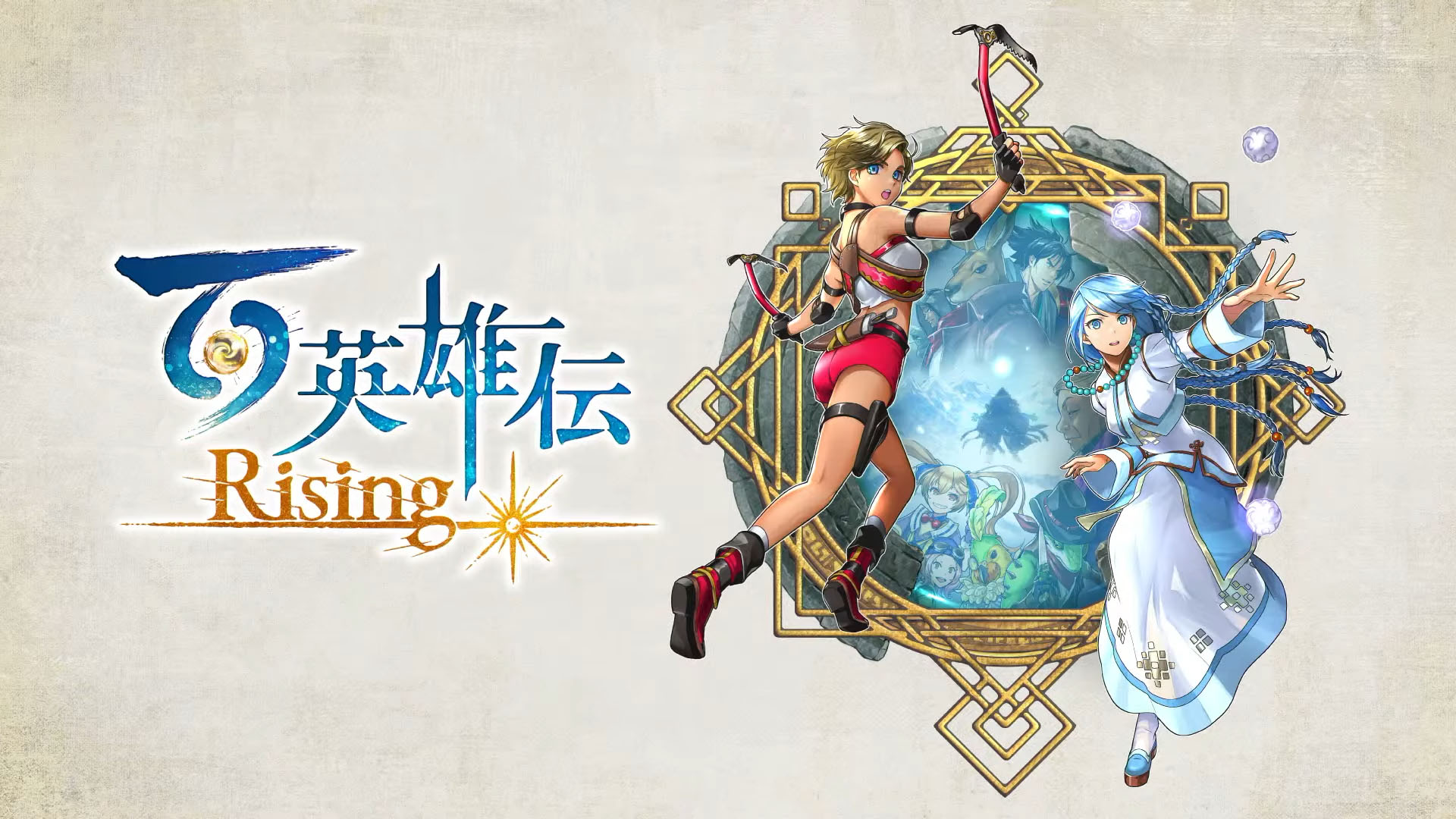 This game and its bigger brother are highly anticipated among JRPG fans, as they’re the labor of love of the developer who gave birth to the Suikoden series.

The story of Rising starts simply: a young scavenger named CJ travels to the mining town of New Neveah in order to find a treasure and overcome the challenge of her rite of passage. Yet, she finds herself involved in the life of the village as its people are in need of the help an adventurer like her can provide.

While this may sound a little simplistic, it’s pretty much the perfect pretext to send the player on a variety of quests and get them acquainted with the setting. Things will likely get more complex down the line, but the demo doesn’t get that far.

The characters also seem rather interesting and unique. Among the playable cast, you’ll find a grumpy kangaroo with a magical pouch capable to hold a giant greatsword, and that’s just the tip of the iceberg.

One of the most impressive elements of Eiyuden Chronicle Rising is its visuals. We’re looking at an exquisite mix of 3D and 2D that creates lovely environments and a colorful but nostalgic cast of characters.

Skillful use of lighting makes things even better, creating a very fetching ensemble that will likely satisfy many among both fans of retro styles and those who enjoy more complex visuals.

The gameplay is rather interesting. When you start playing, you control only CJ, and you’re limited to movement, attack, jump, and a dash special move.

That being said, things become intriguing when you unlock the first companion. Each party member is bound to a different attack button, and they will become active (literally appearing from nowhere, while your previously active character will disappear) when that button is pressed.

If you time it just right, you can chain different attacks from different characters delivering devastating combos, and since each character has different characteristics and combat patterns, battles require timing, situational awareness, and familiarity with each hero.

That being said, if you’re not into the timing aspect, there is an easy mode available that lets you simply chain your attacks regardless of whether you time them right or not.

Personally, I enjoy the battle system thoroughly. While I personally prefer turn-based JRPGs, the challenge of combining timing with the right attacks, and knowing just when to switch characters kept things fun and fresh.

Besides fighting monsters and hunting for loot, there is also a rather extensive aspect bound to gathering resources, crafting items, and helping to expand the town, which in turn unlocks new facilities and more items to craft.

Fishing is available, even if in the demo it appeared to be limited to catching fish to be cooked into food at the tavern.

Ultimately, it’s challenging to judge what we can expect from the main game from a limited trial of Eiyuden Chronicle Rising, simply because the action-based combat is too different from turns to be really telling.

That being said, we can already see that Rabbit & Bear definitely has the visuals down, while the world-building and character design are intriguing, which is a good base to start with.

Looking at Rising on its own, it’s certainly promising, but we’ll have to see whether that promise will materialize and solidify beyond the couple of hours and two bosses of the demo. The developers promise about 20 hours of gameplay, so there’s a lot more to see.

Whether it’ll be a satisfying adventure on its own remains to be seen, but I’ve enjoyed the few hours I’ve spent with it, and I’m looking forward to playing more.