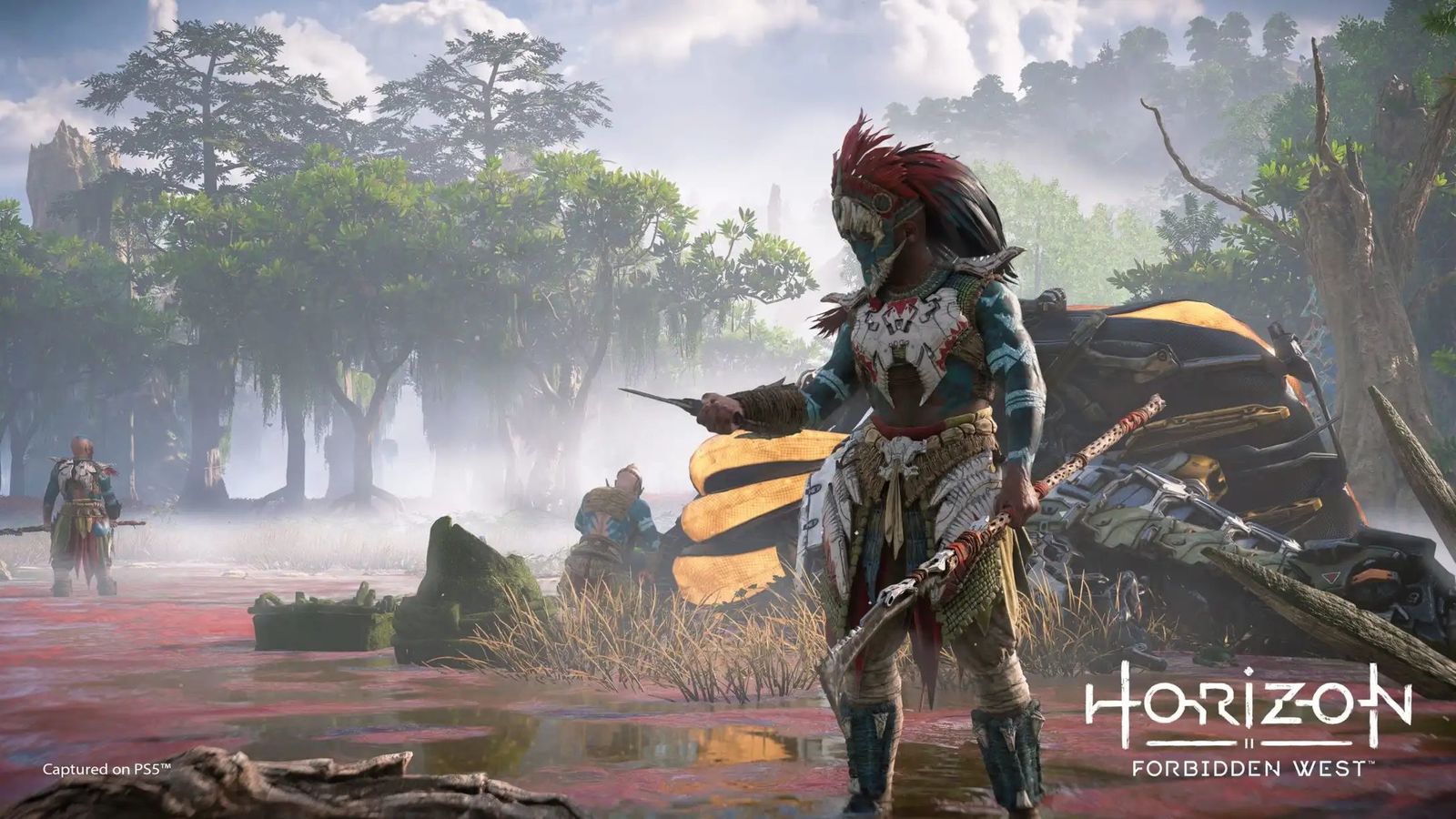 Horizon Forbidden West has finally arrived, bringing the next chapter in Aloy’s story to both PS4 and PS5. With the game boasting an even larger world and even more impressive visuals than its predecessor — Horizon Zero Dawn –, it’s safe to say that some fans may be wondering what Horizon Forbidden West’s install size is on PS4 and PS5, so they know what the damage is going to be and can start doing a bit of spring cleaning on their storage device to make space.

Horizon Forbidden West is available to preload on both PlayStation 4 and PS5 now.

When Can You Start Playing Horizon Forbidden West?

Horizon Forbidden West will unlock at midnight in your time zone on its official release date of Feb. 18, 2022.

What the Horizon Forbidden West Install Sizes Are (PS4 & PS5)

Thanks to PlayStation Game Size on Twitter once again for sharing the install sizes for both the PS4 and PS5 versions.

The interesting thing to note here is how similar the two versions of Horizon Forbidden West are in terms of install size. While the PS5 will use more, higher resolution textures and assets to make use of that extra horsepower it’s got, the PS4 is no slouch either.

What’s likely the case here is that, thanks to Sony’s super-speed SSD inside the PS5, this version of the game is reusing the same assets, whereas the PS4, with its standard hard drive storage, isn’t able to do this as it cannot load them in as quickly.

As such, the PS5’s install size for Horizon Forbidden West is significantly smaller than it would have been had it not been able to reuse assets if it were running on a normal HDD.

It’s worth noting, of course, that the file size on both PS4 and PS5 could change over time. There’s been no confirmation at the time of writing as to whether the game will receive any kind of post-launch expansion or DLC like the original game did, but this would obviously make the bigger difference.

Equally, any day one updates or post-launch patches to address bugs, glitches, or just to improve performance could also increase or decrease the file size on both systems, though it should never make any more than a few GB’s difference.

That’s everything you need to know about Horizon Forbidden West’s install size. For more tips, tricks and guides, head over to our upcoming guide wiki or see more of our coverage on the game below.