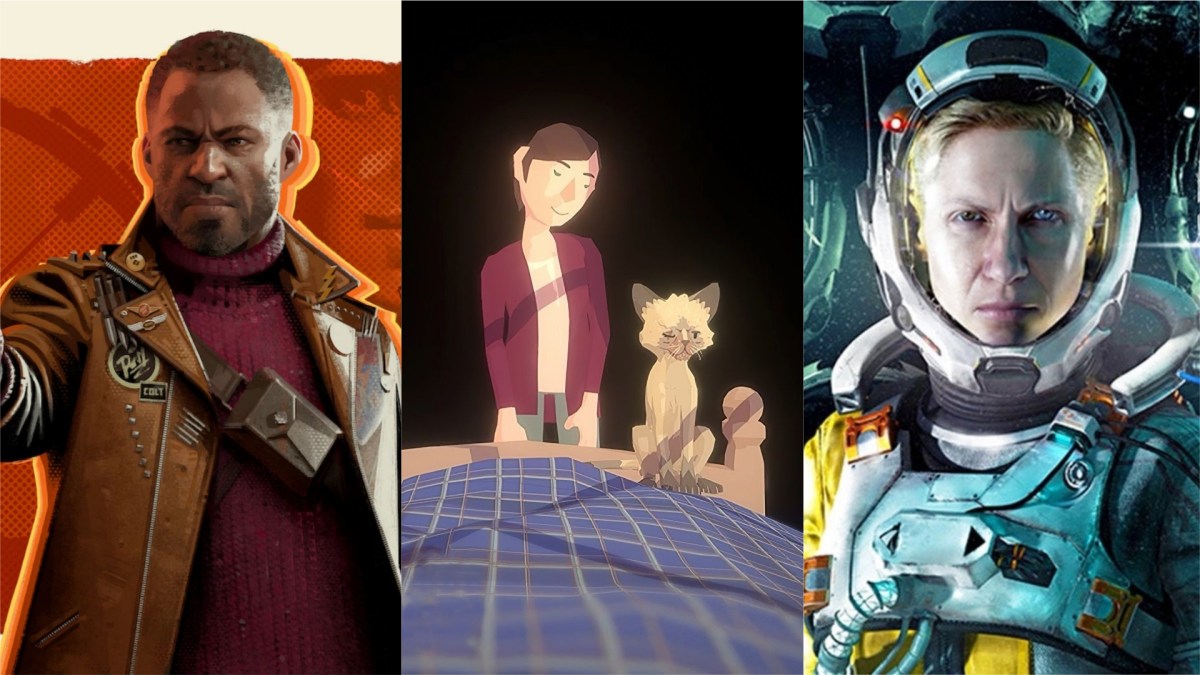 It’s awards season here at Twinfinite, and throughout this month we’re going to look back at our favorite games of 2021. While it certainly wasn’t the busiest year for the games industry, there were certainly a few gems that stood out as doing something new and special, so here are our picks for the most innovative games of 2021.

Voted on by our editors, these were the games that stood apart from the pack by introducing us to something new, whether it be via gameplay, story or something else entirely, so let’s take a look at the best of the year.

Honorable Mention: Before Your Eyes

Features editor Andrew McMahon: Enough can’t be said about how emotional and breathtaking the journey of Before Your Eyes is, despite it only lasting a few hours. The twists and turns of its tragic story are enough to make the grumpiest gamer shed a tear, as it discusses the frailty and fleet beauty of life. Even without this amazing story, though, Before Your Eyes stands out as one of the most innovative games of the year simply due to its main gameplay mechanic involving a webcam.

You see, instead of having players click forward when they’re ready to progress the story in this narrative adventure, Before Your Eyes tracks eye movement. The player not only uses this to look around at certain spots but also to move forward in time via blinking. The most interesting part about this is that sometimes you unconsciously blink, skipping forward in the story and making you miss out.

While this may sound tedious, it plays into the story and its themes perfectly and results in one of the most unique video game experiences out there.

Assistant Editor Dylan Chaundy: On paper, 1047 Games’ clever blend of Portal-esque traversal and Halo-like FPS action doesn’t exactly sound like a marriage made in heaven. However, the execution by the Nevada-based indie studio was downright impeccable leading to one of the most innovative and exciting experiences of 2021.

Not only is the moment-to-moment portaling gameplay as smooth as freshly buffed glass, but the snappy gunplay and intricate level design are stellar as well. Of course, don’t forget that it’s also a free-to-play title that totally bucks the trend of typical free-to-play fare (read: it doesn’t continuously try to force microtransactions down your throat).

Refreshingly inventive, marvelously moreish, and super fun to play, Splitgate is easily one of 2021’s sleeper hits, and its thrilling cocktail of disparate mechanics is a masterclass in originality.

Senior Editor Alex Gibson: Arkane Studios has a storied history of developing inventive titles that place a premium on promoting emergent gameplay. And while Deathloop in many ways strays from the stealth-action formula of its most acclaimed games, it has delivered a similarly engaging experience — that is, one replete with creative design and clever innovation, and it absolutely astonished us in 2021.

At a glance, Deathloop is a first-person sandbox shooter familiar to anyone who’s played the Dishonored series. But while it’s true that it shares many of the same features, from controls and special abilities to the uniqueness of its aesthetic, the experience differs in that it revolves around a brilliant time-loop mechanic. This not only governs progression but also how one goes about engaging with its gameplay; Blackreef Island and the story of Deathloop is a giant interconnected puzzle that can only be solved by rinse-and-repeating different locations and different times of the day.

Deathloop is definitely a little obtuse at first, and even repetitive at times, but there’s ultimately incredible satisfaction in piecing together the breadcrumb trail of clues that push you toward your ultimate goal. Could the ending have been better? Sure. Would I have liked a little more precision in the shooting mechanics and controls? Yes. But as a triumph of overall game design, Arkane Studios produced a winner that has excited to see what the studio has up its sleeve for future projects under as a Microsoft studio.

Deputy Guides Editor Ethan Anderson: Returnal is a third-person roguelike bullet hell shooter with some horror elements thrown in. I know that sounds like a bit of a weird mix, but the game blends genres in ways that feel both familiar enough to make sense together, and fresh enough to grab your attention with a brilliant gameplay loop.

Speaking of loops, nearly every run in Returnal presents new challenges and discoveries that further the plot in a way that doesn’t make the resets feel like the protagonist, Selene, is starting from absolute zero from a story perspective. It keeps the roguelike elements while still managing to bring in new dialogue and info for Selene almost every time.

There are even significant gameplay shifts where, sometimes, she’ll enter a house and the game will shift to a first-person view, bringing that previously mentioned horror vibe. These shifts can go in the opposite direction too — when the action ramps up and the vibrant bullet hell colors take over as horrific creatures attack from every direction.

This game is also one of the first on the PS5 to truly take advantage of the DualSense controller’s haptic feedback and adaptive triggers. This essentially means that there are special vibrations tied to movement in different environments and even alternate fire modes on guns depending on how much pressure is put on the triggers.

Returnal is truly one of the most innovative games of 2021, from its creative spins on known genres to its never-before-seen use of gaming hardware.

Reviews editor Zhiqing Wan: Daniel Mullins has a penchant for breaking the fourth wall and is known for developing games that get insanely meta, so it should come as no surprise that Inscryption is a hell of a lot more than what it initially appears to be. Billed as a deck-building rogue-lite card game with escape room elements, it sucks the player in with incredible atmospheric tension before starting to slowly reveal its true face.

We don’t want to get too much into spoiler territory here as this is truly one of those games that you’re better off experiencing for yourself but suffice it to say that Inscryption is masterful at drip-feeding you with little clues that you’ll drive yourself nuts trying to decipher, and the end result is well worth the effort. This is a game that revels in the thought of delighting and surprising the player, making for an experience that keeps you hooked every step of the way.

Even from a gameplay perspective, there’s plenty to enjoy here. There are tons of little secrets and card synergies to discover for yourself, and when you wrap that up with a tantalizing narrative mystery, Inscryption quickly becomes one of the most compelling indie games you’ll play this year.

There hasn’t been another game quite like Inscryption in 2021, and if you haven’t checked it out yet, bump it up to the top of your list.