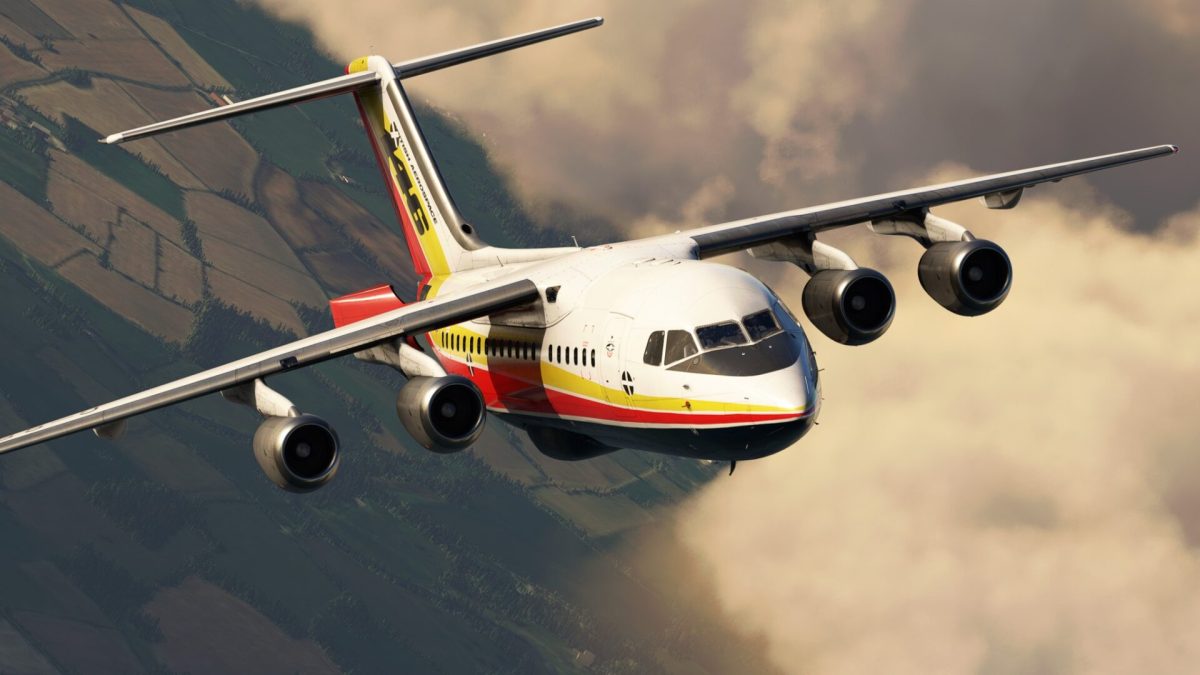 We start with Just Flight, which provided some excellent screenshots of the upcoming BAE 146 regional airliner.

The visuals are now complete but there is still “a fair bit of coding” left to do. The developer to share more screenshots and videos later this month and into February.

Next comes Aerosoft via developer Hans Hartmann, who reworked the in-sim checklists of the upcoming de Havilland Canada DHC-6 Twin Otter, allowing the AI copilot to start the aircraft quickly for those who don’t want to go through the whole procedure themselves.

We also hear from Gate15Scenery. The upcoming Nanki-Shirahama Airport (RJBD) in Japan has been delayed from the end of February to March due to the impact of the COVID-18 pandemic.

On the other hand, the developer announced that it will work on Tokushima Awaodori Airport (RJOS) in Japan and Langkawi International Airport (WMKL) in Malaysia afterward. Which one will come first has not been revealed. In the meanwhile, you can take a look at the latest screenshot of Nanki-Shirahama below.