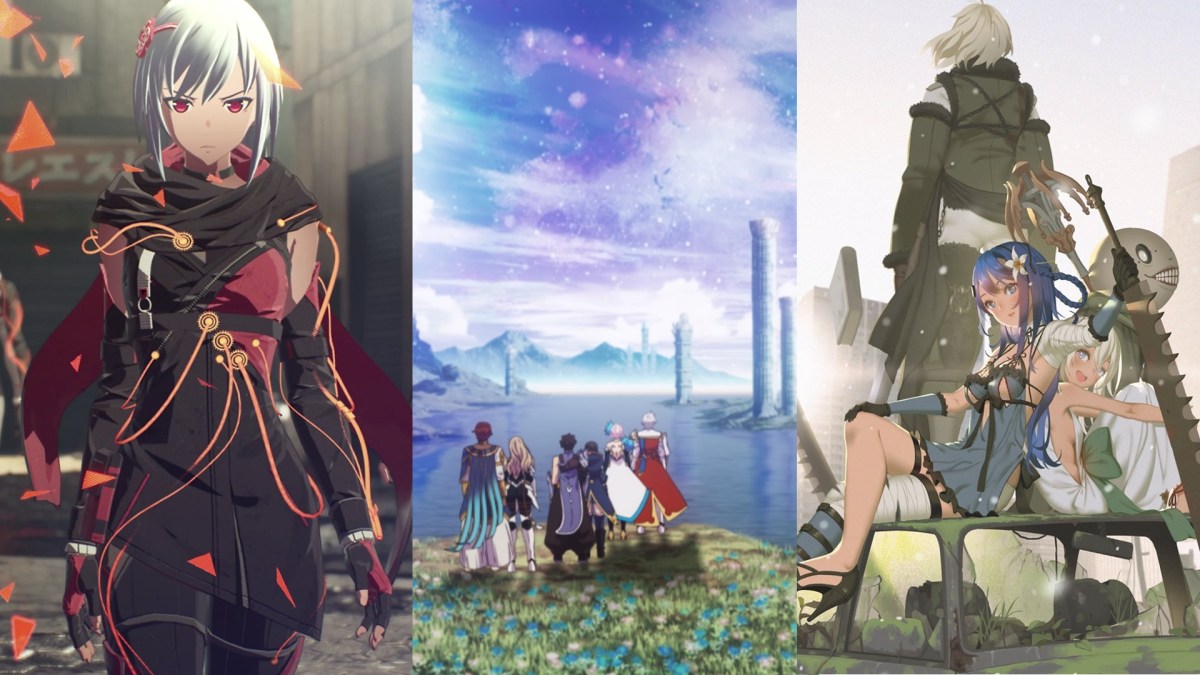 We may be sinking into 2022, but that just means we’re at the start of announcing Twinfinite’s 2021 best of picks across all genres. It’s time to buckle up and maybe pick a new game to play. Every RPG on on our best of list is a massive adventure, but they all have a common thread to them. In each game you play as characters that find themselves among friends that become family. These parties are faced with impossible odds while leaning on each other for support when things are at their hardest. Let’s reveal the best RPGs of 2021 as voted on by Twinfinite staff and editors!

Reviews Editor Zhiqing Wan: NieR: Automata cast a huge spotlight on series creator Yoko Taro and the NieR series as a whole. People just couldn’t get enough of the sad philosophical robots, and it was only a matter of time before the first NieR game got its time in the sun once again.

The original NieR was released to lukewarm reception across the board, and for good reason. It was a pretty ugly game, plagued with boring combat and seriously tedious side quests. The 2021 remaster, NieR Replicant ver.1.22, is still plagued with those same boring side quests, but it certainly looks a hell of a lot better now.

Replicant comes with a beautiful graphical facelift, and more importantly, an overhaul to the combat system to make it feel a lot more fluid and closer to the gameplay experience of Automata. It’s an absolute joy to control, and the addition of new quests and story content help to flesh it out even more for the lore fiends who can’t get enough of Taro’s insane universe.

Staff Writer Cameron Waldrop: The first, most important thing about Scarlet Nexus is that is it an amazing showing of a new IP. The great set-up to Scarlet Nexus that the series could go anywhere from here, either tell new stories in future installments or continue to give players a look into the lives of the game’s numerous party members.

From the very start of the game when you are given the choice of protagonist, Kasane or Yuito, it’s obvious you’re in for a ride. While you get the full thrust of the story with either choice, getting to hear the other character’s inner monolgue during key scenes was a compelling reason to give Scarlet Nexus a full two playthroughs.

Between the fun cast of characters and combat that only gets better as the game gives you more to do, With each party member’s power offering different tactical advantages, there is no shortage of ways to fight.

Scarlet Nexus is an incredible action-RPG. With the incredible showing that this game gives out the gate, it will be a joy to see what future installments bring.

Staff Writer Cameron Waldrop: Before Tales of Arise, there had been a 5-year gap since the previous game in the Tales series. While this was a long wait, seeing what Tales of Arise turned out to be and the scope of the game, it makes sense.

Tales of Arise is the first game running on the Unreal Engine, which made characters and locations simply pop. While there are certainly some growing pains that could be expected with entirely changing the formula of a long-standing series, all of the important Tales beats are still hit. You still get to experience the characters’ interactions and personalities in mini-cutscenes, cooking once again plays an important role.

Tales of Arise delivers the same level of quality expected of a Tales game while also making a game completely befitting bringing the series into the new generation. It is obvious the things that the developer was able to do with the new engine. Combat flows perhaps the best it ever has, with artes tied into button commands that blend them seamlessly into combat.

If you want a game that delivers on being a JRPG that gives all of the action expected while still making sure you get the supremely anime story, Tales of Arise is entirely the right choice.