The Nintendo Switch UI has been praised by some for its simplicity. It’s true; it’s very straightforward and doesn’t overwhelm you with garbage like the PS5 UI. However, it’s far from perfect.

We would love to see Nintendo in 2022 add at least two very simple changes that would go a long way towards enhancing the Switch user experience before loading up a game.

First, it’s time to add folders. Having to go through a seemingly never-ending list of games (well, assuming you have lots of games, of course) just to find the game you’re looking for sucks. It would be great to be able to organize games into folders. Maybe you keep retro stuff together, or maybe you can group by genre. Regardless of how you want to categorize games, the Switch needs folder support.
.
Second, it’s time to jazz things up and add some themes. Nintendo teased us when the Switch first launched with the option to pick a Light or Dark theme, giving players hope that eventually, even more themes would be released. That never materialized. Whether it’s free themes that developers (including Nintendo) can give out to help promote their product or paid ones that really enhance the look of your Switch UI, it would be great if the Switch could finally do more than just Dark and Light.

The Nintendo Switch Online Expansion Pack was announced and released to mixed reviews. Many felt that a handful of Nintendo 64 and Sega Genesis games just simply wasn’t enough to justify the price increase.

Regardless of whether or not you agree with that statement, there’s certainly no denying that the more great games Nintendo can add to the service, the better and more attractive it will be. This applies not only to current customers but those sitting on the fence waiting for it to be a more compelling product.

While finding Sega Genesis gems that haven’t already been released 10,000 times over the years in Genesis Collections (including the Sega Genesis Collection already available on the Switch) might be challenging, there’s no shortage of great Nintendo 64 games to pick from. Especially if they can add games that have been difficult to obtain/play, the Nintendo Switch Online Expansion Pack service would benefit greatly from some consistent love through 2022.

Find a Better Way to Curate the E-Shop

The E-Shop has been a total mess for the most part of the entirety of the Switch’s lifespan and hasn’t really improved or changed much over the years. Personally, the only way that I have discovered new, good games is by going at the bestseller list and seeing if anything I haven’t heard of is topping the charts. But even that is a flawed method as games on sale, and Nintendo first-party games tend to dominate those charts.

The e-shop, realistically, could use a complete overhaul, but at the very least, Nintendo needs to put someone in charge of offering up some better ways to search for games and highlight them. For starters, I’d love just a permanent list of both new & highly rated indie games and all-time best sellers. The Switch is flush with them, and I’d love to have an easier way to find ones that I might have missed.

Start Locking Down Some Release Dates For Major Games

Right now, Nintendo’s 2022, as far as major game releases are concerned, is very up in the air. Pokemon Arceus comes out at the end of the month, OK that’s probably (hopefully) going to be awesome. Triangle Strategy releases on Mar. 4, and I’m going to be very into that one as a Final Fantasy Tactics/Tactics Orge fan. After that, it’s pretty much the shrug emoji person. Kirby, Mario + Rabbids, Splatoon 3, and Breath of the Wild 2 have vague release windows, but nothing solid yet. And don’t even ask about Metroid Prime 4.

I’m really not the person who needs a Nintendo Direct every month of my life to live, but I’ll say this: given the ambiguous state of the Nintendo 2022 release calendar, I think a direct sooner rather than later to clear things up is in order.

Find a Way to Get More Entertainment Apps

Finally, Nintendo really needs to get in gear and find a way to get more entertainment apps onto the Nintendo Switch in 2022. I’ll admit, I don’t know the details of how difficult it is for Nintendo to get this done, I just know that Microsoft and Sony haven’t had any problems doing if for now three generations, but Nintendo has. Why the Nintendo Switch, one of the most popular consoles of all time, can’t seem to get Netflix, Disney +, and other apps on board is a mystery to me.

Aside from either Nintendo and/or these big entertainment companies being cheap, the only other guess I can muster is maybe the fact that it can be used portably is a problem? In that case, I’d settle for the apps working in dock mode only. I wouldn’t love it, but it’s better than nothing. The Switch simply needs more than just Hulu before 2022 ends. 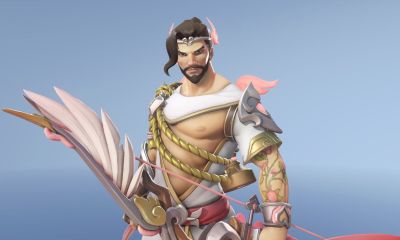