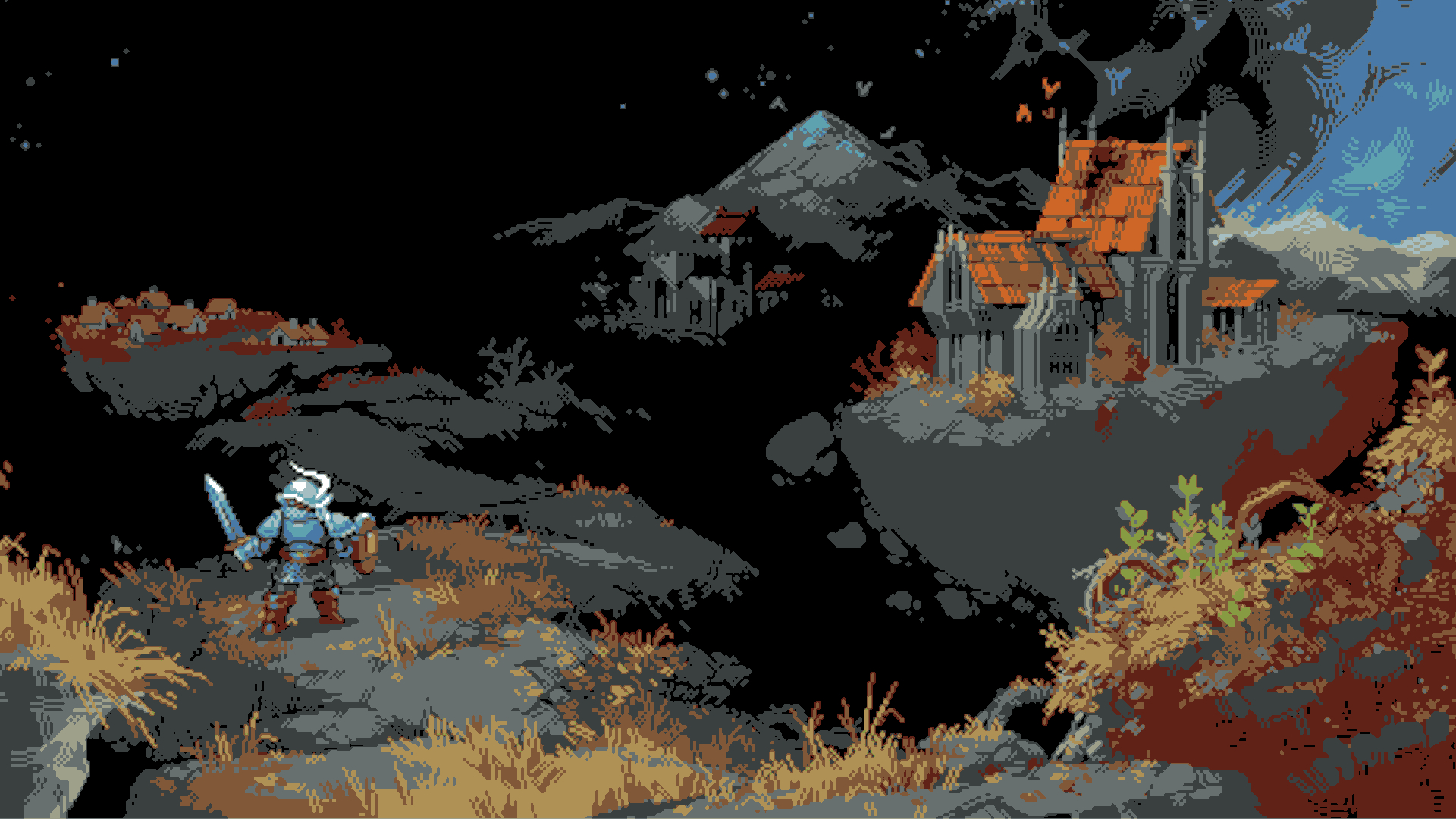 I reviewed Loop Hero when it first released on PC earlier this year, and it quickly became a major GOTY contender for me. There’s just nothing quite like it: it’s a deck-building game with RPG elements, all rolled up into a neat little idle game package. It’s absolutely dripping with style and humor, and yes, as the name implies, the gameplay loop is utterly compelling and dangerously addictive.

I won’t go into detail about what the game does well as I’ve sung enough of its praises in my initial review, but getting to revisit it again on Switch was a great reminder of why Loop Hero was so unique, and how I lost countless hours of sleep each night telling myself, “just one more loop.”

Loop Hero plays exactly as you’d expect it to on Switch, but I had one major concern going into it: how was the game going to play with a traditional control scheme? Part of the game’s original appeal on PC was that it was incredibly simple to control; just click and drag things around with your mouse, and pause the game with a tap of the button. You needed free control of the cursor as you’d spend most of your time hovering over cards and equipment, reading tool tips, and dragging them to where you needed them to go.

Playing on a gamepad presented some complications, and it’s significantly more cumbersome than its PC counterpart.

While playing in handheld mode, this resulted in pretty uncomfortable situations where I’d feel my hands cramping up after just 10 minutes of play. Loop Hero feels significantly slower because of just how long it takes to check your hand and equipment, and it’s nowhere near as fluid as just clicking and dragging everything around with a mouse.

One positive thing about the Switch port, however, is that there is touchscreen support in handheld mode. This isn’t my preferred way to play as I generally hate touching my Switch’s screen and getting it all mucky over time, but it does present players with a much more convenient way of playing, especially if you’ve already spent quite a bit of time on the PC version.

Of course, the biggest thing Loop Hero’s Switch port has going for it is the portability factor. I, like many others, immediately pegged Loop Hero as yet another great indie title that would be a Perfect Switch Game (TM) when it first released, and it is. Despite my gripes with the control scheme (which you do get used to after an hour or so), playing it on Switch freed me up to do other things like watching something on TV while lazing on the couch, or just leaving it running on the table while I was focused on other tasks.

I’m an absolute sucker for games that play themselves. Case in point, Final Fantasy XII: The Zodiac Age’s Switch port allowed me to set up a whole bunch of Gambits that made it so that I could literally just run around in the open-world till I got into a combat encounter, and my party would just do all the work without needing me to press another button. They’d fight and use their abilities efficiently, and heal up when necessary. I’d glance at the screen from time to time to make sure things were going well, then continue watching Stranger Things on TV, or whatever Netflix’s flavor of the month was at the time.

Loop Hero fits that category perfectly as a portable idle game that I can just leave running after a while if I’m looking to farm resources and materials to upgrade my camp. It does contain an element of randomness that’s not present in something like FFXII, as you do need a bit of luck before you’re able to put together a build that you’re confident enough in to just let run on its own, but when you do, it’s amazing.

It’s like my third eye finally opened and I’ve achieved nirvana while I literally laze on my couch watching Survivor, and my little hero’s doing all the heavy lifting on my Switch and I don’t need to do a thing. Truly, this is the most incredible feeling in gaming. This is the ideal gamer life. You may not like it, but this is what peak performance looks like.

All of this is to say, Loop Hero continues to be one of the best indie games of 2021, and it performs well on Switch. The controls are easily its biggest drawback and I’d still recommend the PC version if you’re looking to get into it, but if portability is important to you, this is a no-brainer.