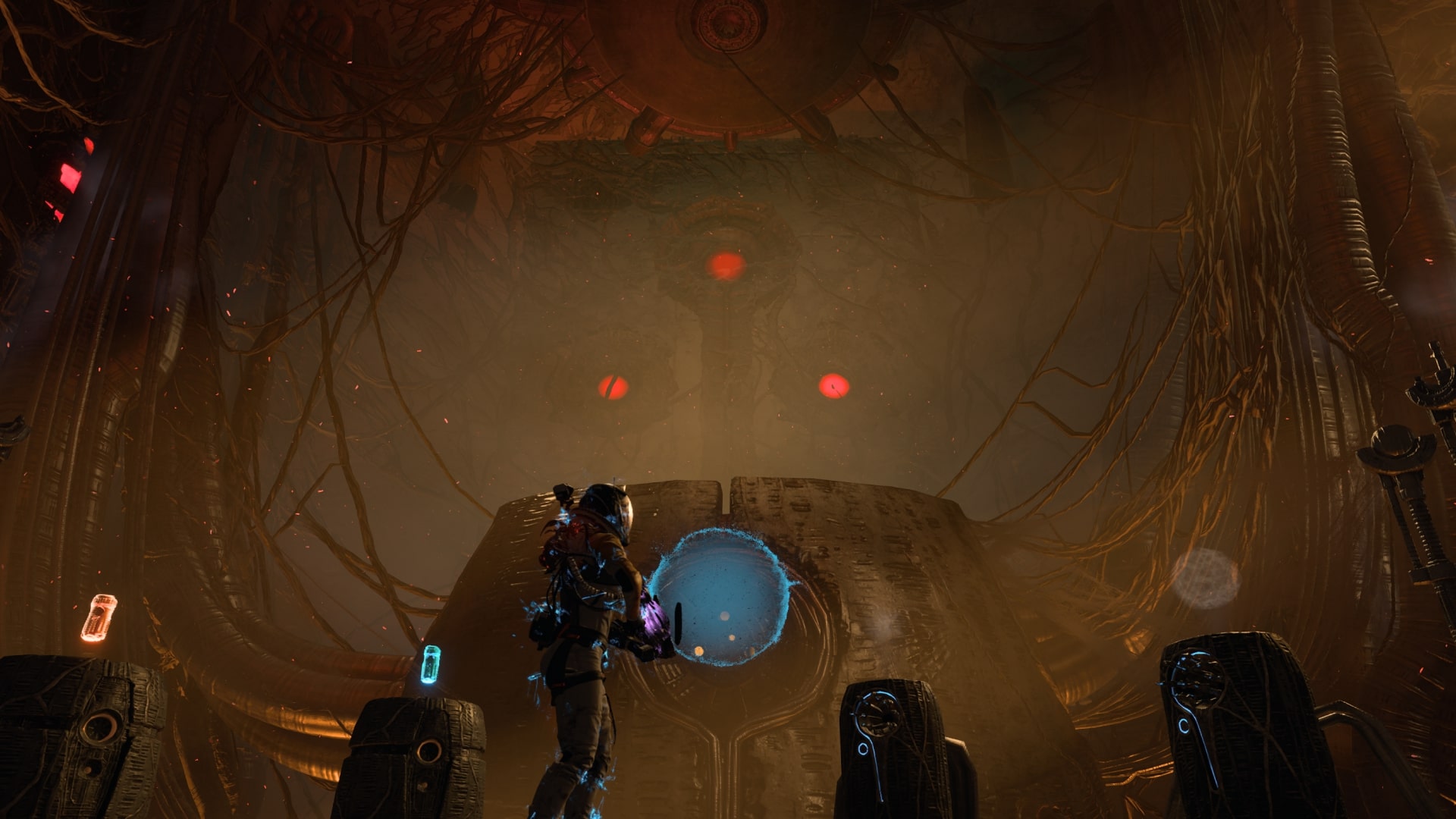 Returnal is full of mysterious enemies, locations, and items. Some of these items can help Selene as she explores, while others can make the journey tougher. Datacubes are definitely on the more positive end of that spectrum if you know how to use them. Here’s all the info you need on where to deposit Datacubes in Returnal.

Where to Deposit Datacubes in Returnal

Datacubes aren’t actually useful in their original, raw state. When you find them, their item description will tell you to “deposit” them into a “matching device” instead of telling you what they actually do. The device you’re looking for is called a Datacube Processor.

They’re usually found next to boss rooms. In fact, the first one you come across should appear in the Overgrown Ruins right after you’ve defeated Phrike, the first boss in the game. This is what the device looks like:

Once inserted into a Processor, Datacubes will transform into a one-of-a-kind Artifact that can provide a strong passive buff to Selene for the rest of that run. This is basically a reward for defeating a boss in Returnal, as each boss room except the final one should come just before a room containing a Datacube Processor.

Datacubes eventually become useful after they’ve been processed, but the catch here is that you can only ever hold one at a time. So, before finding a Processor, you’ll likely come across several Datacubes. This forces you to choose one with a name that sounds promising since the cubes don’t actually say what buffs they’ll provide beforehand.

However, once a Datacube has been processed at least one time, you’ll always be able to see its Artifact effect in future runs.

That’s everything you need to know about where to deposit Datacubes in Returnal. Be sure to check out our guide wiki for more tips, tricks, and other useful info on the game if you’re looking for more pointers.