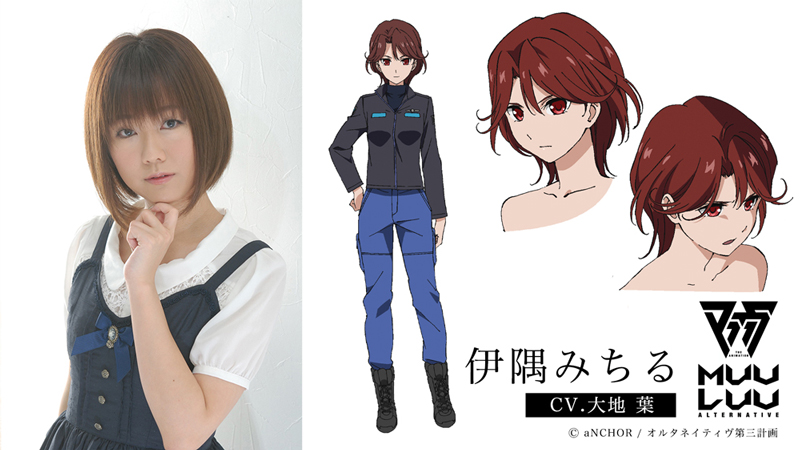 With the airing of episode 3 of the brand-new Muv-Luv Alternative anime series, Avex has revealed three more members of the voice cast.

We learn that Michiru Isumi is voiced by You Taichi, whom you may know as Setsuka in SoulCalibur VI, Ayanami in Azur Lane, and the female protagonist in The Caligula Effect 2.

Mitsuki Hayase is voiced by Hibiku Yamamura, known as Shisu in Utawarerumono, Camilla Alucard in Nights of Azure 2, and Azami Mochizuki in the recent Sakura Wars.

Touko Kazama is played by Azumi Waki, who voiced Olive in Astral Chain, Sanae Katagiri in The Idolmaster Cinderella Girls and Lapis Rosenberg in The Legend of Heroes: Trails into Reverie.

Below you can check out their official profile with the character design for each character, alongside a new commercial for the Blu-Ray Box.

If you’re interested in the Muv-Luv franchise in general, during recent events we saw the reveal of the official title of Muv-Luv Resonative (which is the continuation of The Day After), the announcement of Muv-Luv Alternative: Total Eclipse, and new gameplay for Project Mikhail, alongside the reveal of the character design.