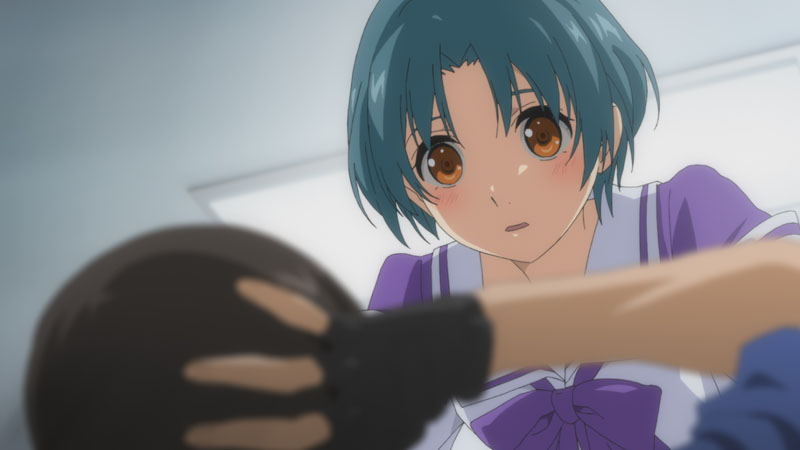 Today Avex revealed the first images and details of the upcoming third episode of the Muv-Luv Alternative anime series, tied in with the popular visual novel.

While the first episode focused on presenting Muv-Luv Alternative’s war-torn world and the second introduced the heroes and had to catch the viewer up on some of the key events from the previous visual novels (mostly Unlimited), the third episode will likely see things heat up again as protagonist Takeru Shirogane gets to work.

The title of the episode will be “Things You Want to Protect” and the synopsis seems to follow the visual novel closely.

“October 24, 2001. Takeru Shirogane, who has once again enrolled as a cadet, uses the memories engraved in his body to encourage the growth of his former friends who don’t know him.

However, this slow progress does not ease the burning impatience in Takeru’s heart. The world will not change unless he changes something.

Takeru Shirogane searches among his memories and presents a prediction to Yuuko Kouzuk: On that day, many people will die.”

Below you can check out the screenshots, including the introduction of the sixth member of the cadet squad, Mikoto Yoroi. The episode will air on Wednesday on Crunchyroll.

If you’re interested in the Muv-Luv franchise in general, during recent events we saw the reveal of the official title of Muv-Luv Resonative (which is the continuation of The Day After), the announcement of Muv-Luv Alternative: Total Eclipse, and new gameplay for Project Mikhail, alongside the reveal of the character design.