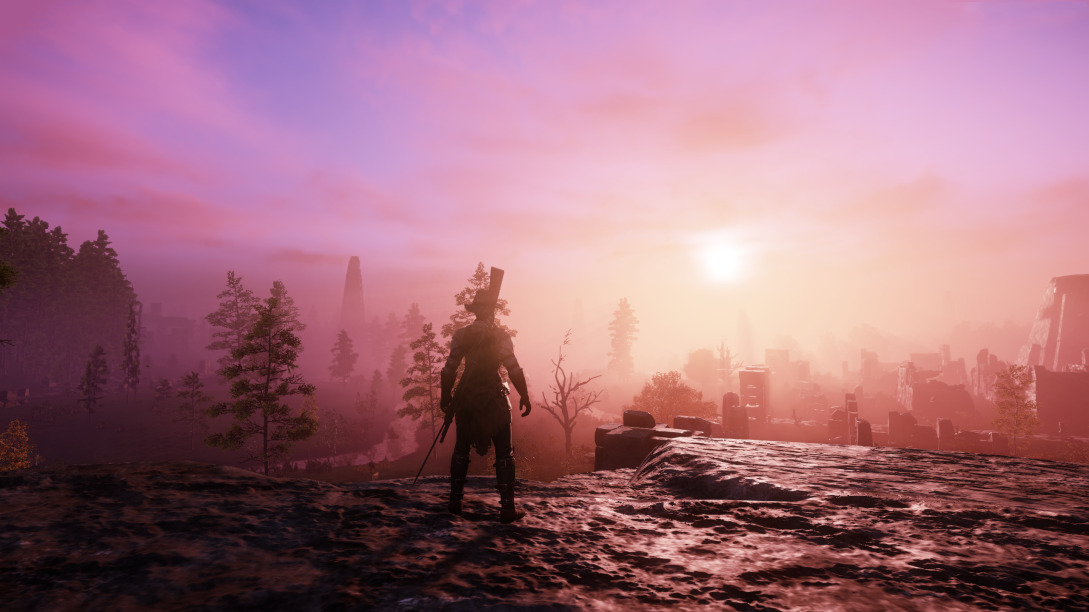 New World isn’t quite Amazon Games’ first foray into mainstream game development –that honor goes to the ill-fated Crucible–, but it is its first MMORPG, and boy has it delivered it a banger. The pirate-themed fantasy adventure is proving hugely popular, in part, for the scale and scope of its gorgeous and immersive open-world, which features a compelling inter-faction conquest mechanic. The more territory a faction controls, the greater the perks for those pledged to its guild. But just how much territory is there is to grab in total? Here we’re taking a look at how big New World’s map size is with another of our measurement articles.

As usual, it’s worth noting that our measurements are always rough estimations. We don’t have official data, and even with handy in-game waypoint systems that track distance such as in New World, it’s tricky to calculate accurate figures due to the awkward shape of a given open-world.

Thankfully, in the case of New World, it’s not too difficult, since the shape of the map is somewhat rectangular.

Still, there are sections of the map to the south and west that jut out and make it impossible to draw conclusions from a single rectangle layered over the top of the map image as we’ve done in the past.

For this measurement, we’ve divided the map into two sections and then added them together for a rough estimate. Here’s what New World’s map size looks like when measured:

As you can see, the smaller bottom rectangle encompasses Cutlass Keys and First Light, while the larger represents the rest of the map. Yes, there are two large empty areas within the larger rectangle, but if you include the half of Ebonscale Reach that isn’t included it probably balances out. Probably. Again, it’s a rough estimate!

Combining those two makes for a total area squared of 21.07344miles2

That’s fairly large for an open-world game, though for MMORPG it’s actually somewhat on the small side when compared to enormous maps like World War 2 Online and Lord of the Rings Online, which are both over 27,000 mile²!

New World’s map is actually much more comparable in size to single-player open-world games, such as Ghost of Tsushima (11.02 mile²), Skyrim (14.79 mile²), and The Legend of Zelda: Breath of the Wild (28.9 mile²). You can head over to Twinfinite’s list of the 25 biggest open-world games for more information (MMORPGs not included).