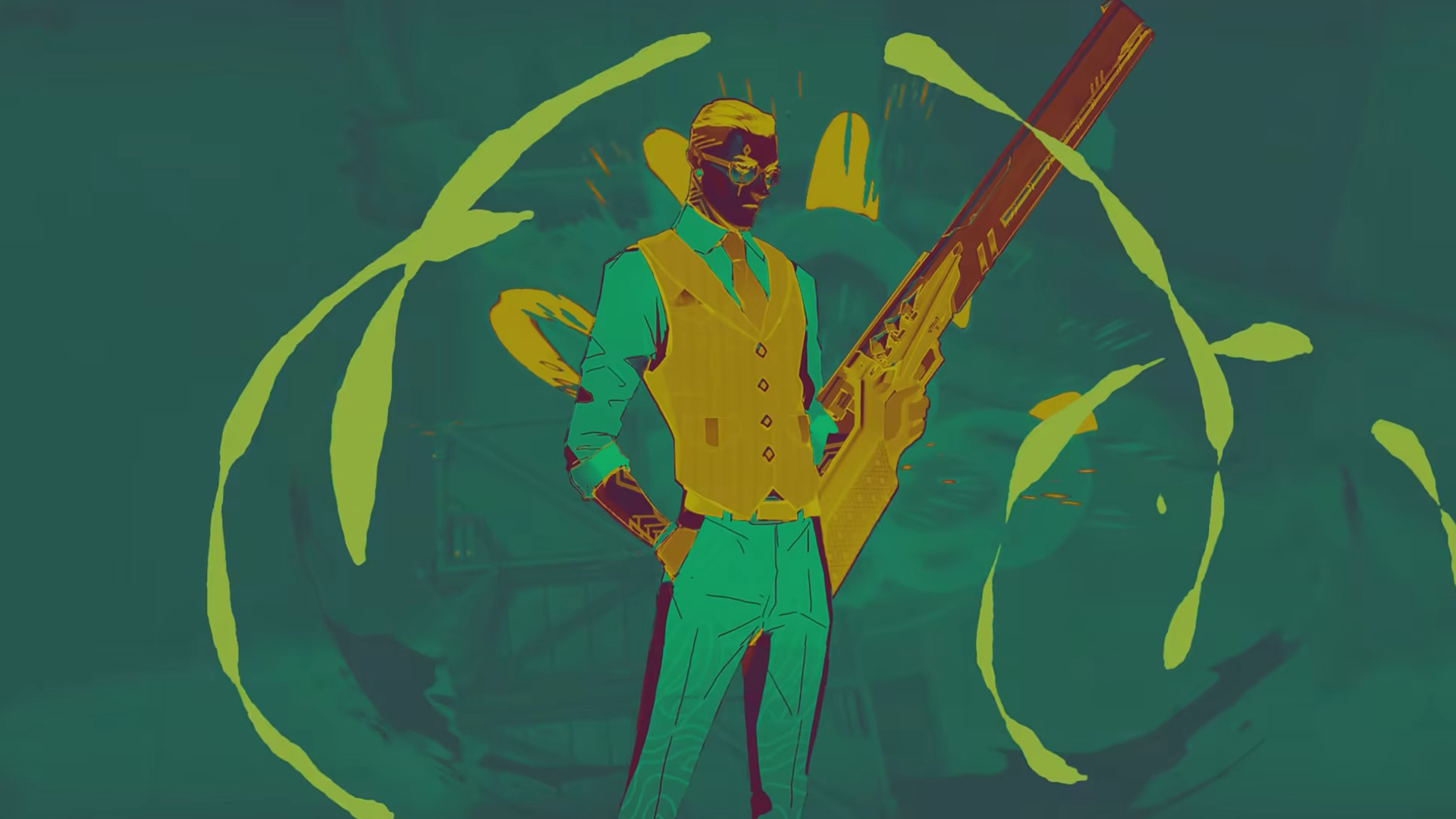 Next week marks the beginning of Valorant Episode 3’s final Act, and it’s set to introduce a brand new Agent to the game. As usual, developer Riot Games has started ramping up little snippets of information ahead of the reveal, and so we’ve compiled another of our articles wrapping up everything we know about Valorant’s new Agent, codenamed ‘Deadeye.’ Here you’ll find a full summary of all the teasers that have been dropped both in-game and via social media. We’ll keep this page updated right up until the next week’s Act 3 launch.

Update 10/29/2021: Well, that was fast! Riot has now officially revealed Valorant’s new Agent. He’s called Chamber, and you can check him out here.

Valorant Agent 17: Everything We Know So Far About Deadeye

While Riot has yet to share firm details on who Deadeye is, the developer has confirmed during one of its news articles back in late September that he will be a Sentinel Agent that “focuses on mechanical outplays,” with an “additional focus on gunplay” for “an extra flourish.”

You’ll notice we’re referring to the new Agent as a male and by the codename Deadeye, so where does that come from exactly? Well, an image of Deadeye was first teased during Valorant’s One Year Anniversary trailer, and shortly thereafter references to the name Deadeye started appearing in various different teasers, trailers, and in-game files. As you can see in the image above, Deadeye is a slick-looking professional who wears fancy clothes and wields some sort of large sniper rifle.

The most notable Deadeye clues began to surface when Valorant’s latest map, Fracture, dropped at the start of Act 2, which has been littered with references to a well-dressed operative, donning snazzy clothes and brandishing an expensive business card. Sounds like it could be the man in the image, right?

And look, check out the above teaser image that showcases a chic business card next to a very European-looking cup of coffee, which is a reference to an in-game message between two Fracture security personnel that could be found recently.

In fact, Fracture itself seems to be intrinsically linked with Deadeye, as there are further clues around the map that suggest a well-dressed man caused the strange rift between the map that has caused both Jungle and desert biomes within a single area. Could Deadeye have damaged the collider-machine underneath Fracture with his Radianite-shooting sniper rifle?

One clue heard when playing Fracture possibly calls out Deadeye by his real name, Vincent Fabron. You might have heard it yourself? It states:

“Warning! Vincent Fabron is no longer permitted on facility grounds. Any persons resembling Fabron must be reported, it says.”

It’s notable that a previous Valorant trailer was narrated by a man with a French accent, and from what we know about Deadeye’s appearance and possible real name, he certainly sounds as though he might be French. It would certainly make sense that he’s drinking a European-looking cup of coffee, then, right? So, could Deadeye be the first French Agent in Valorant?

As mentioned earlier, Deadeye is Sentinel Agent whose abilities are designed around mechanical outplays, according to Riot. While no firm details have yet been disclosed as to his abilities, teasers across social media and Valorant’s most recent battle pass give us some fairly decent clues as to what they might be.

First, things first, Deadeye very obviously uses some sort of powerful gun, probably a sniper rifle, that fires Radianite bullets. This is what he used to damage the collider in Fracture, and it seems very likely it will be deployed as part of his ult. A recent video teaser from Riot’s social media team again points to a powerful bullet that is possibly capable of shooting through walls similar to Sova’s Hunter’s Fury.

Today, a new teaser from Riot gave us our first look at Deadeye’s rifle:

One leading theory is that Deadeye’s sniper rifle might perform similarly to the Golden Gun seen in Spike Rush, which is a one-shot-kill weapon that is 100% accurate while moving and reloads instantly after landing a successful shot. We’ve seen other Agent abilities teased/tested in Spike Rush ahead of a new Agent’s launch, such as the Twin Hunters for Skye, so it makes sense this could be the case for Deadeye.

Another recent tease seemingly pertaining to Deadeye is the reveal of a gold symbol on Valorant’s official Twitter page. This is strikingly similar to the Manifesting Elegance player card in the recent battle pass, which features an image of a gold watch.

We know the watch itself has something to do with Deadeye not only because it alludes to elegance –something that Deadeye clearly exudes– but also because a recent Valorant Brazil Esports cinematic featured an image of Deadeye wearing the watch.

As you can see above, the gif reveals the symbol in a circular motion that looks rather like an old-school radar system. One interesting theory from Valorant Updates suggests this might also be related to another Spike Rush ability — the Tracer Rounds. Could it be that Deadeye is able to track his enemies by tagging them with bullets similar to the Tracer Rounds in Spike Rush?

It is notable that the aforementioned Esports cinematic shows what appears to be Deadeye’s bullet-killing Cypher, an Agent that Deadeye seems to have a connection with. Not only are they both Sentinel Agents in terms of their role in the game, but they are both secret operatives in the lore of the Valorant universe. Other clues found across Fracture suggest the two are related in some way, too, perhaps as agents working for opposing factions.

That leads us to believe that in a similar way to Cypher’s tripwires, perhaps Deadeye has some sort of trap ability? That would be in line with his role as a sentinel Agent. Perhaps his traps disable Agent abilities in some way, which would make sense given that Riot describes his role as placing an “additional focus on gunplay.” Notably, the final tier of the latest battle pass is an image of Jett pointing at a gun placed within a golden trap. Is this some sort of Deadeye tease?

Deadeye was supposed to release as part of the launch of Episode 3’s Act 3, but unfortunately, there has been a slight delay as of today, Oct. 28. Deadeye’s arrival has now been pushed back by two weeks, with Riot citing extra time required to make sure his launch lives up to the developer’s high standards.

Deadeye is now expected to release on Nov. 18.

Of course, we’ll keep you updated here as and when new information on the Agent drops. For now, that’s everything you need to know about Valorant’s New Agent Deadeye. For more on the game, search Twinfinite or see below for related content.