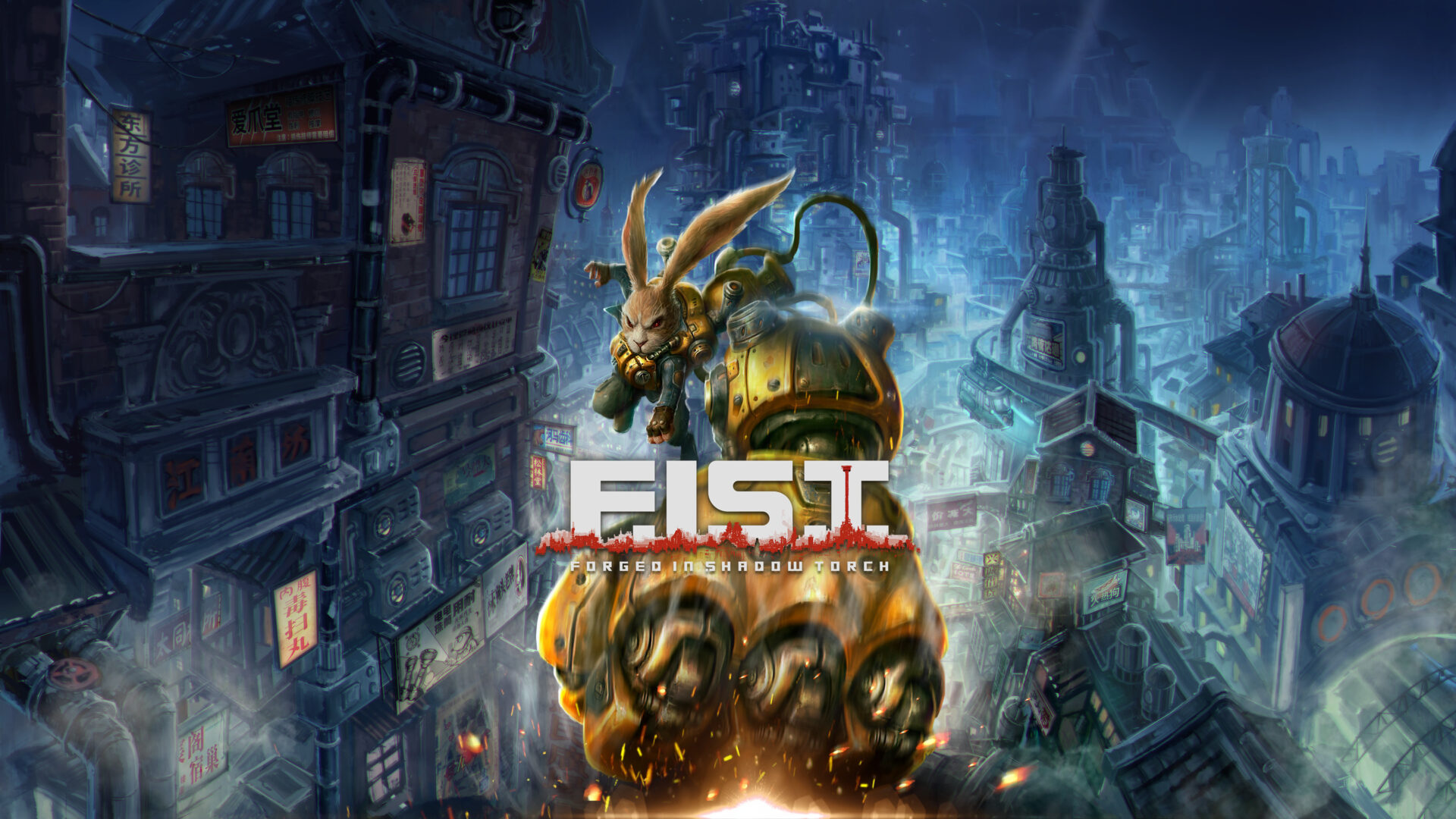 The animals are certainly making a comeback. Biomutant brought its brand of kungfu-kicking awesomeness back in May, and we can expect the interesting looking Stray to surprise many when it eventually launches. In the meantime, if you are searching for a robust Metroidvania with challenging combat, then Ti Games and BiliBili’s F.I.S.T: Forged in Shadow Torch will be right up your alley.

At the heart of F.I.S.T: Forged in Shadow Torch lies Rayton, the gruff rabbit war hero that has lost his way. With the Iron Dogs of the Machine Legion ruling with violence and controlling with fear, it would make perfect sense for Rayton to steer clear of any danger. However, that all changes when a dear friend is kidnapped, and smashing heads is the only way for Rayton to mount a rescue.

In response, our hero takes a trip to the past, ripping off the arm of the mech he used to pilot during the war, and sets off on an adventure of exploration, combat, and fun.

For a Metroidvania, exploration in an engaging world is often a key aspect, and in that area, F.I.S.T: Forged in Shadow Torch has it in spades. This is a seamless world with a variety of themes and designs, channelling a unique dieselpunk vibe that is almost always impressive. Players are given the freedom to explore the world from any hub area, and marvel at the design work put in.

Rewards are awaiting intrepid explorers, ranging from cool Easter eggs to usable gear and cosmetics. There are also quite a few environmental puzzles lying in wait to break up the gauntlet of fights that are in F.I.S.T: Forged in Shadow Torch.

It most certainly helps that the narrative in F.I.S.T: Forged in Shadow Torch is familiar fare, with Rayton eventually playing a big part in helping the resistance rise up against the Machine Legion. The development for Rayton is a particular standout with cutscenes filling in the gaps, while other characters also get their chance to shine as part of the larger movement. The leader of the Machine Legion, Cicero, also functions pretty well as the main villain to keep players focused on the task at hand.

You cannot have a rebellion without breaking some eggs, and it is no surprise that combat is a vital part of F.I.S.T: Forged in Shadow Torch. With both light and heavy attacks, together with a grab and throw technique, Rayton is already quite a competent fighter from the start. Once you find more Data Disks and accrue scrap, new combos and even special moves become available to unlock.

Further progression also sees new transformations be added to your weapons, adding even more combat functionality in conjunction with the ability to opening up new areas for exploration. With all of these tools at your disposal, you stand a better chance of overthrowing the oppressors and save the day.

That is, if you can manage your resources well enough. Combat against larger groups of enemies or the bosses can be quite a fight, but it is made even more difficult due to the scarcity of upgrades and the inherent costs of using more powerful special attacks or recovery tools.

With foes becoming tougher and fights descending into the chaos of projectiles and dangerous attacks, combat can be frustrating if you are not adept at the different systems that come into play. Managing your powers, avoiding danger, and taking your opportunities to cause damage in F.I.S.T: Forged in Shadow Torch can be enjoyable, but is something to get used to.

Uncovering every section in any particular area is not new in the genre, but the game could have afforded to be just a wee more generous with upgrades to make things a little easier for the general player.

All in all, F.I.S.T: Forged in Shadow Torch is an excellent offering that is surprisingly getting very little marketing at launch. With a great aesthetic, an engaging enough narrative, together with challenging combat and rewarding Metroidvania exploration, this is one resistance movement everyone should be signing on for.