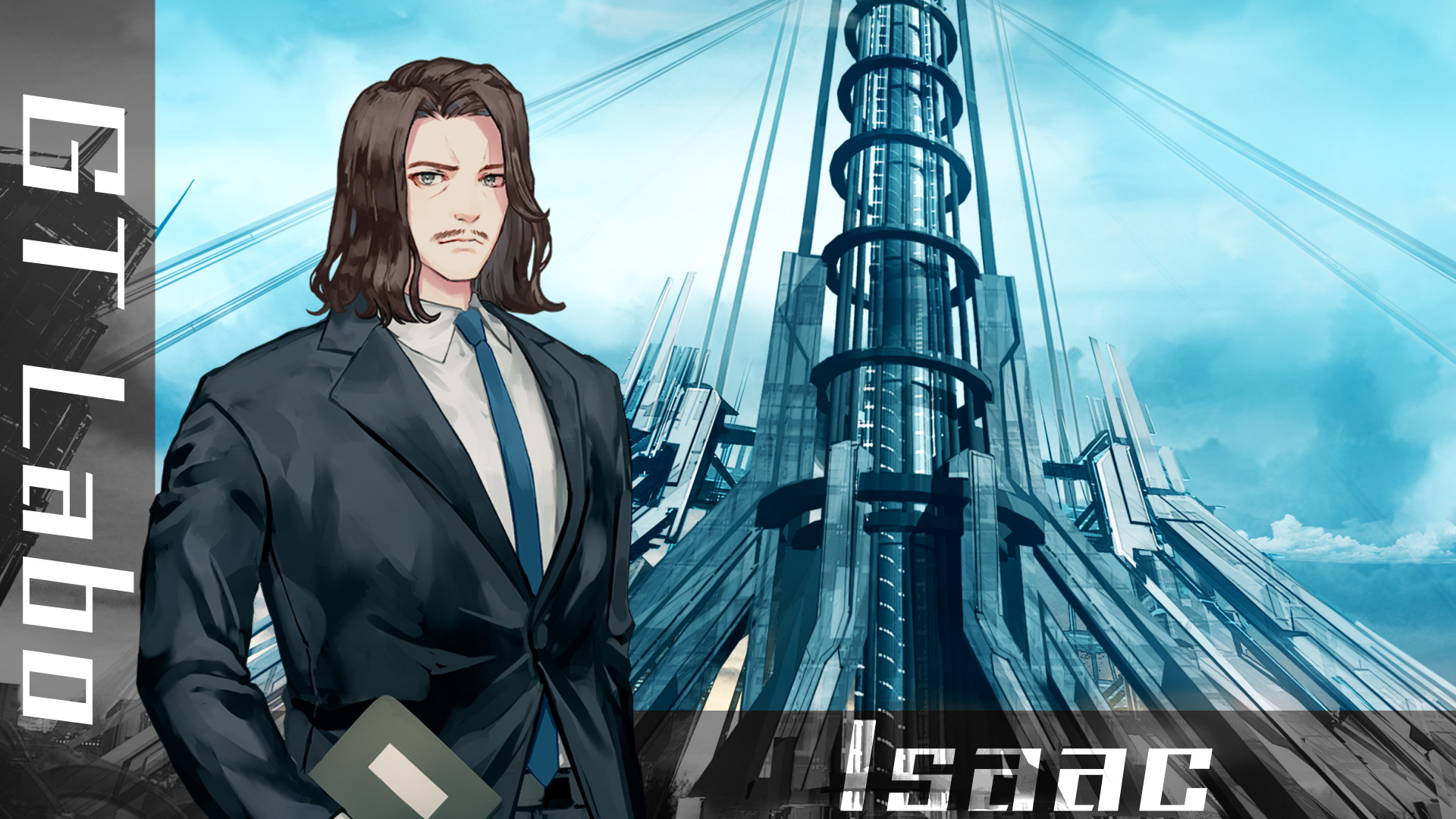 This time around we meet Isaac, director of GT Labo’s defense division. He is an extremely capable man who supports the Asterism in every way he can. Since he’s a massive workaholic, he’s often scolded by his colleague Neil, the director of the intelligence division.

We also see a video introducing Isaac’s voice actor Takehiro Hasu, whom you may know as Hayato Maeda (or the absolutely weird localization of his name Chumley Huffington) in Yu-Gi-Oh!

We also get to see a couple of screenshots of one of the game’s Stella Gear mechas.