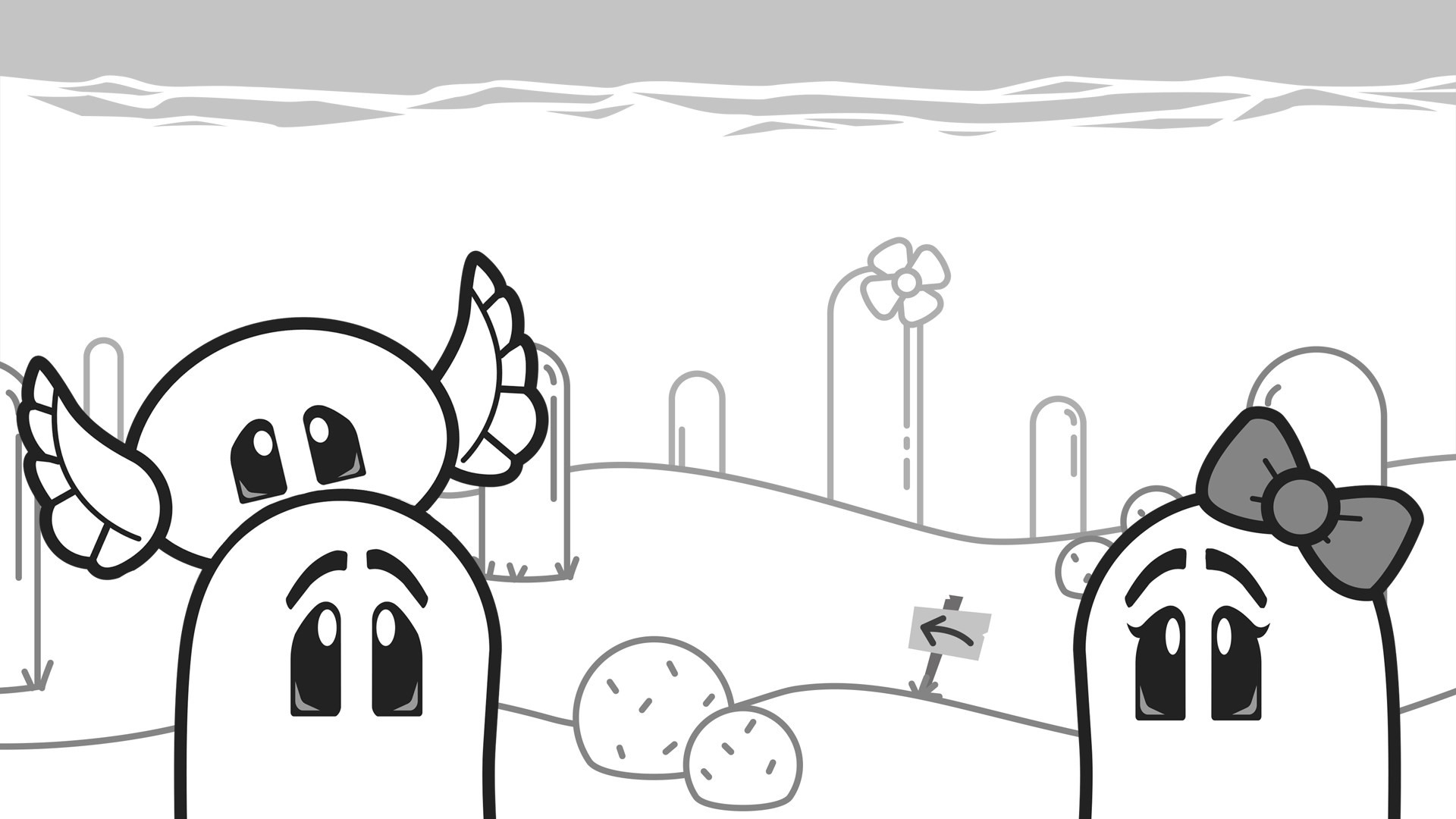 In 2005, Microsoft’s Gamerscore system launched alongside the release of the Xbox 360, birthing a new community of gamers that would continue to thrive even 16 years down the line. These achievement enthusiasts would dedicate their gaming hours to driving up their Gamerscores by trying to unlock as many achievements as possible, across as many games as possible. Retail releases would have 1,000G worth of achievements to unlock, while Xbox Live Arcade titles would have 200G. In these 16 years, a lot has changed, some for the better, but mostly for the worst, and if Microsoft doesn’t step in to do some damage control, the achievement hunting hobby is doomed to die out.

In the formative years of Gamerscore, the rules for writing achievement lists were a lot more strict. A retail release could have 1,000 Gamerscore, and an arcade title could have 200G, and DLC/title update achievements could be added, but could not be of any value. Officially the first Xbox 360 title to be released, Kameo: Elements of Power has 24 0G achievements that were released with DLC packs, and the second Xbox 360 title, Quake 4, released with a bonus disk featuring Quake II, that had nine achievements worth 0G. Even though it was a different title entirely, it came with Quake 4 and thus couldn’t bring their total over 1,000G. That’s how strict the rules were.

Of course, those restrictions were a bit much, and starting with Halo 3 in 2007, developers were given the go-ahead to give non-zero values to DLC achievements, within reason, then in 2012, XBLA titles were given the right to launch with 400G, with Trials Evolution being the first. This was the last major advancement to achievements until the Xbox One released. The overwhelming majority of Xbox 360 games had fair, medium-difficulty achievement lists that could be completed by anyone willing to put the time in.

Games such as Avatar: The Burning Earth, NBA 2K6 and the like, which could be completed in mere minutes were extreme, notorious exceptions to the rule. Sure, the odd easy game would come out here and there, that could be done in a matter of hours, but sub-one-hour titles like these were by absolutely no means a common occurrence.

With the release of the Xbox One, all new releases were given the right to possess 1,000G. This included arcade titles that would be released to the Xbox 360, as well as approved indie titles that launched on the Xbox One. This wasn’t too egregious a decision, because after all, some of the hardest games of all time to complete have been 200G/400G titles like Robotron: 2084 and Cloudberry Kingdom, so it seemed fair to allow games like these to be more valuable. Microsoft also started to allow games to launch with more than 1,000G, though this was usually reserved for collection titles like The Master Chief Collection, which is absolutely fair. In 2014, the [email protected] program launched, which sparked what is easily the biggest shift in achievement hunting history.

[email protected] allowed indie developers to self-publish digital games to Xbox and Windows 10. This is, of course, a great program. It allows the indie market to expand and to bring more attention to these absolute gems of games that would otherwise get swept under the rug, for not being created by massive AAA companies. The program has launched plenty of indie developers to stardom and allowed them to create their own 1000G achievement lists for their games. Unfortunately, some of these developers grew to fame, not for their creativity or exquisite game design, but by abusing the Gamerscore system for cheap money grabs. In the beginning, this was a small issue, but in 2021, it’s too glaring to ignore.

From 2014-2017, [email protected] would have a few sub-one-hour completions released per year. This was a significant step-up from the 360 days, but by no means was it egregious enough to kill the achievement industry. These games would still require you to beat them, though they just happened to be short titles – usually puzzles and puzzle-platformers -that became sub-one-hour games once walkthroughs were released.

In late 2018, one particular company, Ratalaika, started publishing these sorts of titles at an unprecedented rate, releasing multiple per month. Other indie developers would create the games, while Ratalaika would tether incredibly easy achievement lists to them that could be completed in mere minutes, almost never requiring you to actually play through the entire game.

Long-time achievement hunters could never pass up the opportunity for a quick 1,000G, so naturally, thousands of gamers were throwing their $5 at this company for their gimme achievements, almost on a weekly basis, while legitimately great indie titles would struggle to match their sales. While Ratalaika single-handedly held this scheme down for a while, other companies would later follow suit. In 2018, there were 20 sub-one-hour games released. In 2020, there were 64. We’re now averaging more than one a week, and that doesn’t even cover the 1-2 hour games, or the developers who would begin to abuse title update achievements.

In December of 2019, Xitilon released Castle of no Escape, a lame, top-down roguelite title whose achievements could be earned in literal minutes. They seemed to be just another indie developer trying to make cheap money grabs off of achievement hunters, so no one batted an eye, but then they took it up a notch. Since Castle of no Escape’s release in 2019, the game has received three 1,000G title updates, bringing the total to 4,000G.

The issue is, no new content is being added. There are simply new achievements being added to the same game, which can be unlocked just as quick, and alongside the base game achievements. 4,000G can now be unlocked in around 10 minutes. That’s how much Gamerscore The Master Chief Collection’s base game has… in 10 minutes. Xitilon would then go on to release another 26 games, each of which is slowly but surely receiving the title update treatment.

Achievement hunters throw their money at these Xitilon titles because they promise a quick 5,000G for each one, and are following up on their promise with numerous free 1,000G updates every month. No real effort is being put in by Xitilon to make high-quality titles, or to get their players to actually play them to completion, yet they’re making stupid amounts of profit by taking financial advantage of people who compete to put up the most Gamerscore. The company has already gotten itself in hot water with Microsoft by changing some of its old achievement lists to make them easier, which violates Xbox’s achievement rules, so Microsoft is very aware of what companies like this are doing, but they’re doing nothing to actually stop them.

The competitive aspect of achievement hunting has gone out the window. Nowadays, the only way to legitimately compete is to dedicate 100% of your gaming hours to playing garbage, freebie sub-one-hour and 1-2 hour 1,000G completions. In the good old days, time was spent earning achievements in games that you actually enjoyed, or were actually good, with the occasional way-too-easy title that was almost seen as an “event” by the community.

The truth is, most achievement hunters have simply strayed away from trying to have the most Gamerscore, and have gone back to just achievement hunting in what they enjoy. This means that the few people who continue to stay on top of these easy releases have an absolutely untouchable stranglehold on the Gamerscore leaderboards, and the competitive aspect of the hobby has died out entirely.

PlayStation has it pretty bad as well, with many of these easy games being released with multiple variations, upwards of six that can all be completed for the same trophies. Games will release with Japanese variations, European variations, as well as Vita versions for each region, whereas Xbox only has the console and Windows versions. However, these games typically do not have high volumes of trophies, so they don’t contribute to trophy totals quite as much. They make for quick platinums, but they aren’t as detrimental to trophy hunting as they are to achievement hunting.

Now would be a better time than ever for Microsoft to do some damage control. Developers like Xitilon are ramping up their process to quicker rates with no signs of slowing down. Microsoft needs to crack down on developers who make horrendous money grab games with free achievements, whether that be by better policing the achievement list creation process and ensuring a minimum difficulty/time threshold, or discontinuing achievements in [email protected] games entirely, as the value of Gamerscore will continue to be non-existent until they do.