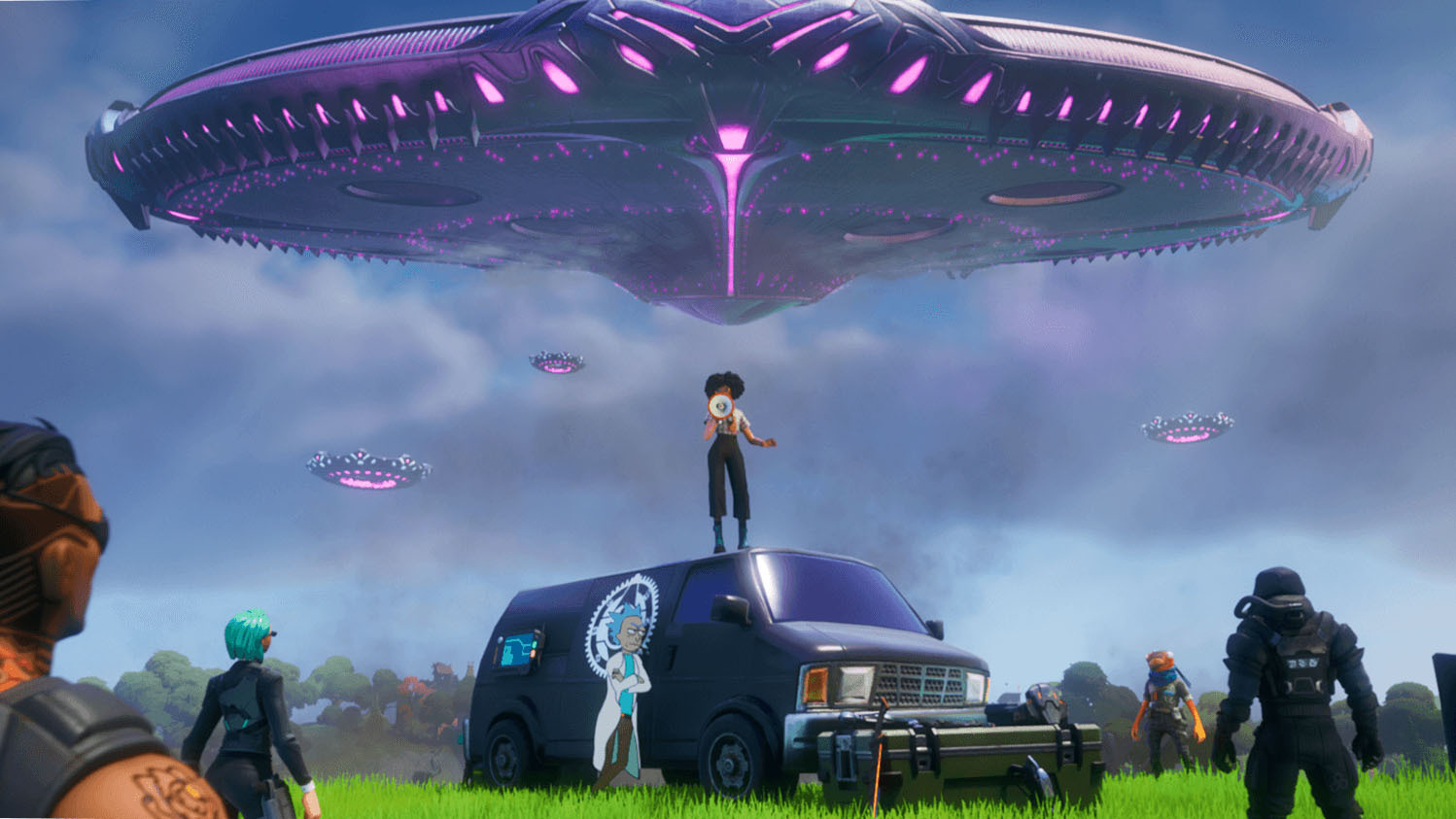 If you’re looking to complete the current Fortnite quests, you may need a few more details than the game is willing to provide. We have some info that can help you out. If you’re stuck, here’s how to defeat aliens in Fortnite.

How to Defeat Aliens in Fortnite

First off, the quest to defeat aliens can be obtained by going to a phone booth, just like the ones that you need to visit when trying to get the Clark Kent and Superman skins. Once there, the quest will be given and a reward will come from Batman, Clark Kent, or Beast Boy upon completion.

In order to actually complete the quest, you’ll need to track down some aliens to shoot at. Abductor UFOs will hover over three named locations in each match, so all you have to do is go to one of those locations. They’ll be marked on your map with UFO icons.

Once there, you’ll need to fire at a UFO to make it crash. be careful though, because the UFOs can fire back, and they often appear in groups. After a UFO crashes, an alien Trespasser will jump out. Defeat one in a firefight to complete this quest and receive the reward.

Another way to locate and defeat aliens in Fortnite is to go to Holly Hatchery. Sometimes, tiny alien creatures can be found in the area. They are located near the alien trees, and these aliens are much easier to kill than the ones in the Abductors.

That’s everything you need to know about how to defeat aliens in Fortnite. Be sure to check out our Chapter 2 Season 7 guide wiki for more tips, tricks, and general info on the game. You can also have a look at the related articles below to read more of our Fortnite coverage.