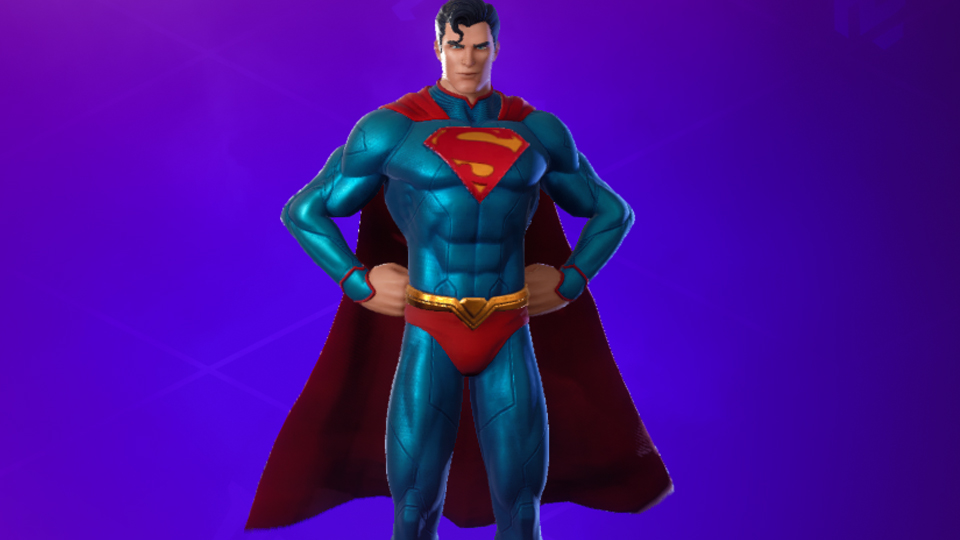 The time has finally arrived! The Fortnite Superman skin has finally released in-game, and in order to earn it players will need to complete a series of challenges. In this guide, we’ll explain how to get both the Clark Kent skin, as well as the Superman skin, also known as the ‘Secret Identity’ built-in emote.

Getting Clark Kent in Fortnite

Once you have, you’ll need to complete the following challenge:

To do this, you’ll need to accept quests from any of these three characters when using one of the payphones dotted around the map. These are the same payphones you visit in order to accept Slone’s orders for each week’s series of legendary quests.

You’ll need to complete 5 of these quests from any of the three characters to complete the challenge and unlock the Clark Kent skin in Fortnite. Next up, we’ll unlock the Superman skin!

Getting the Fortnite Superman Skin

The Superman skin is actually a built-in emote of the Clark Kent skin, hence why we needed to unlock it first.

Equip your Clark Kent skin and hop into a game. Once you drop out of the battle bus, you need to visit a phone booth as Clark Kent. These are dotted throughout the map, and are red boxes making them relatively easy to spot.

Their locations are marked on the map below:

There are phone booths in the following named locations:

All you then need to do is press and hold X/ Square/ Y/ E to interact with and use the phone booth as Clark Kent. Doing so will unlock the ‘Secret Identity’ build-in emote for Clark Kent.

When used, a short animation will play and he’ll transform into the Fortnite Superman skin.

If those skins aren’t enough for you, it’s also possible to earn an unlockable style for both the Clark Kent and Superman skins in Fortnite. These are a black and white variant which look pretty sleek!

To unlock these, you’ll need to complete 84 Epic Quests. The good news is that those you’ve already completed will count towards your total. So if you’ve been keeping up with the weekly challenges, you should be very close to unlocking it already.

That’s everything you need to know on how to get the Clark Kent and Superman skins in Fortnite. For more tips and tricks, head over to our wiki or see more of our coverage on the game below.